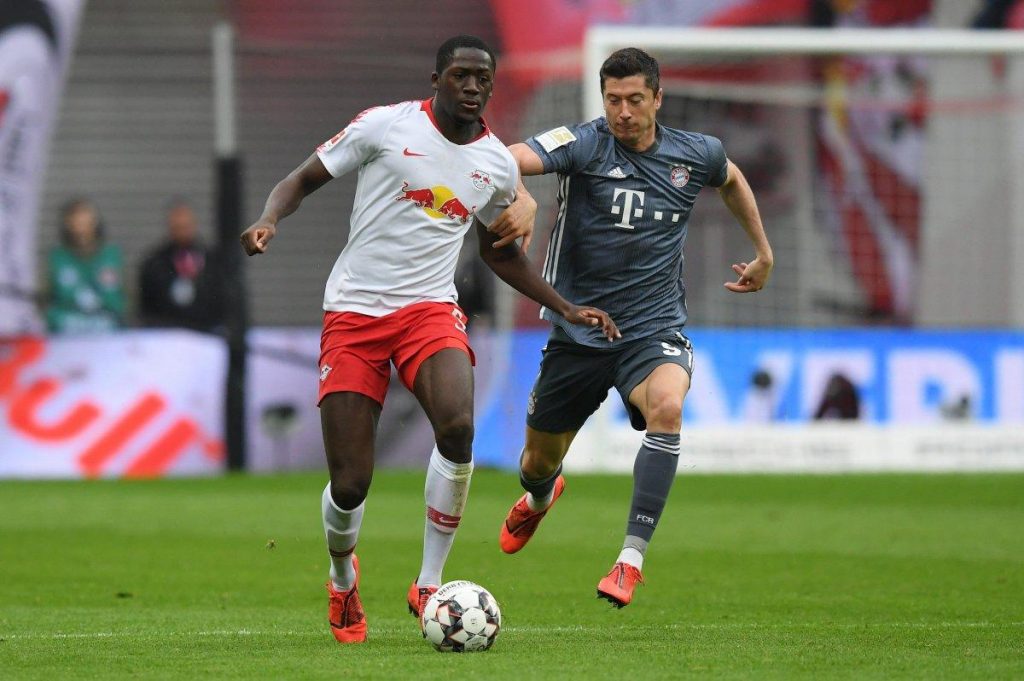 Manchester United are said to have made contact with RB Leipzig’s for the signing of their 20-year-old French defender Ibrahima Konate.

The Reds from Manchester were interested in Konate’s team-mate Dayot Upamecano until last week and it seem like they are going for rather a cheap option with big potential amid revelation over the Frenchman’s contract with Leipzig made earlier this week.

Though Konate is contracted to Leipzig until 2023, the Red Devils are reportedly working towards persuading the Bundesliga side to sell their young Frenchman. Konaté made his professional debut for Sochaux on 7 February 2017, at the age of seventeen. He went on to play 12 games in the second half of the season.

Ibrahima later signed for RB Leipzig in the Bundesliga on 12 June 2017 on a five-year contract.

“I’m particularly delighted with our coup in signing Ibrahima Konate. We got him on a free transfer from Sochaux. He’s is so good that he could play for Real Madrid or Barcelona one day.” – Then Leipzig coach Ralf Rangnick.

Konate is blessed with so much pace, which makes him more than capable of matching the pace of any attacker. His positioning, tackling, closing down a striker, interception and building from the back are attributes that comes along with his game and has earned him a lot of praises.

Standing at 6ft 4in, he has an excellent aerial prowess, which makes him comfortable at thwarting aerial threats.

This season, Ibrahima has had to deal with a serious muscle injury although in his 8 appearances for the club, he has averaged 89.8 pass success percentage, which tells how comfortable he’s with the ball, hereby picking out passes to his teammate with calmness and precision.

He averages 3.5 clearances per game, 1.4 tackles per game and winning 1.8 aerial duals per game.

Though Manchester United chief Ed Woodward spoke carefully about a big money move in the summer. Speaking at a fans’ forum, he said: ‘We have always believed that our commercial model gives us greater resilience than most clubs and we are grateful for the enduring support of our commercial partners in helping us achieve that.

“However, nobody should be under any illusions about the scale of challenge facing everyone in football and it may not be ‘business as usual’ for any clubs, including ourselves, in the transfer market this summer.

“On this basis, I cannot help feeling that speculation around transfers of individual players for hundreds of millions of pounds this summer seems to ignore the realities that face the sport.”

With United manager’s plan to get a young quality defender, with less injury record to partner club record signing and captain Harry Maguire, the Red Devils might end up splashing the cash to tempt Konate away from Leipzig this summer despite the financial difficulties.

Premier League linked Walter Benitez could leave for free
Will Smallbone: Another Southampton graduate with big potential
To Top