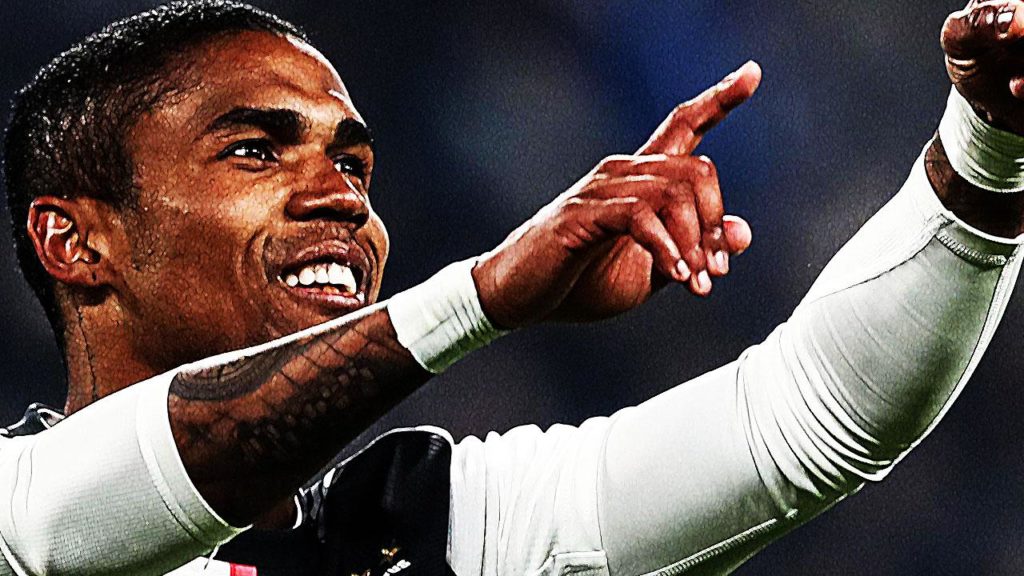 Although, the Italian champions are said to be demanding an extra £9million on United’s initial bid before they can consider selling the Brazilian.

The Brazilian have been reported to have also enthralled the interest of United’s neighbour (Manchester City), according to CorSport via Sport_Witness.

Douglas Costa was thought to be keen on a move to Etihad Stadium, after previously playing under the Citizens manager Pep Guardiola at Bayern Munich in 2016, where he enjoyed regular game time.

With Leroy Sane joining Bayern Munich, Douglas Costa looks destined for a reunion with Pep but City’s interest in the winger seems to have been quashed with their signing of Valencia’s winger Torres.

The diminutive Douglas Costa with an incredible dribbling skills and an eye goal, was initially playing as a centre forward before establishing himself as a versatile winger, who is capable of playing on either flank.

He could adapt to several formations due to his technical intelligence. He’s blessed with impressive energy and work rate. He has a powerful and accurate shooting ability from distance with either foot; however, he favours the right wing, as it allows him to cut onto his stronger left foot and aim at goal.

He is mostly known for his speed, agility and explosive acceleration, with and without the ball. His trickery and creativity makes him a reliable goal contributor and a threat to full backs, especially ghosting past his marker in one-on-one situation.

Though his talent, mentality and passion are unquestionable but his seldom habit of ghosting in some games, have caused few doubts about his consistency and reliability in tough matches.

Juventus new manager Andreas Pirlo is already making his mark on the team, having already terminated the contracts of Sami Khedira and Gonzalo Higuain. While the club were believed to be open to a bid for former Arsenal midfielder Aaron Ramsey but the Welshman has found favour in the plan of the head coach, who has decided to give the midfielder a chance to impress next season.

While the club are said to be ready to cash in on Douglas Costa, but will only be for the right price.

Manchester United have majorly been linked with a move for Jadon Sancho, who has been tipped has their priority signing this summer, but Dortmund doesn’t look to be ready to reduce his valuation of £108million.

Douglas Costa’s signing will undoubtedly be a good alternative for United, unless their is a last minute twist to Sancho’s availability this summer.