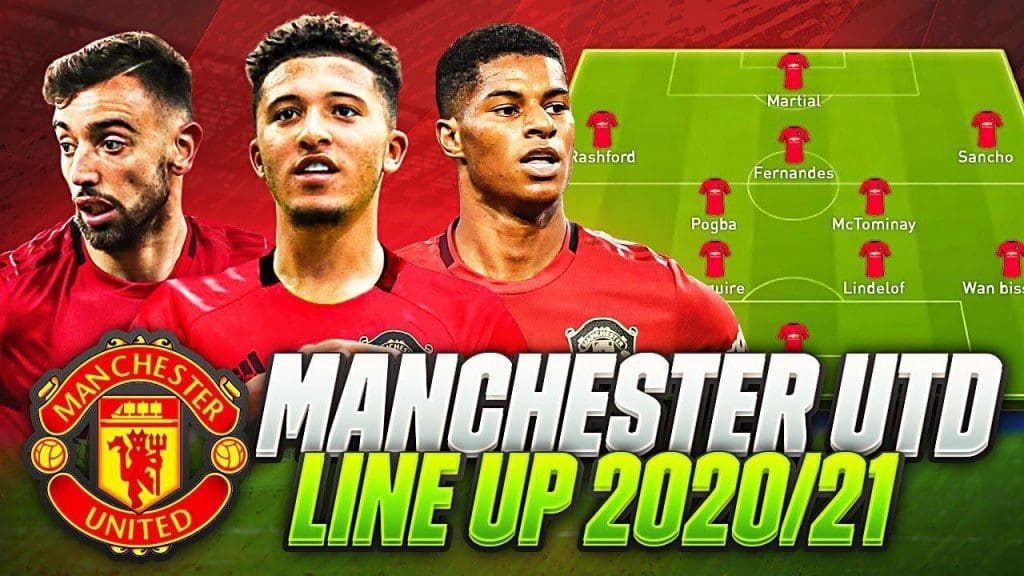 The Red Devils are expected to have a busy summer transfer window as they are linked with a host of players. Ole Gunnar Solskjaer has reformed the team since Maguire, Wan Bissaka and Bruno came and it looks like the board is ready to back him in the upcoming transfer window. Jadon Sancho has been linked with a move to Old Trafford for a long time now.

Manchester United are linked with Jadon Sancho to solve their right-wing conundrum and it looks like they are ready to break the bank for him. The 20-year-old Dortmund winger has scored 17 goals and provided 19 assists in 36 appearances for BVB.

So, if the Red Devils bring in Sancho from Dortmund, how will he fit into Solskjaer’s lineup? Let’s check out.

Sancho plays as a right-winger for Dortmund. Favre usually plays a three at the back formation and Sancho plays as a right-winger, left-winger or in the right attacking midfield alongside Brandt. So if Solskjaer wants to play a 4-3-3 formation, Sancho easily gets in the lineup as a right-winger, which is his original position. With Aaron Wan Bissaka behind him, Sancho can push forward and contribute more as Bissaka does the defensive duty. This formation can get the best out of Sancho. With Rashford back from injury and Martial on the left, Sancho can provide quality service from the right and also create space up front. If needed he could provide quality and creativity from the left side of the pitch as well.

This is how the team would look like with Sancho in 4-3-3 formation: 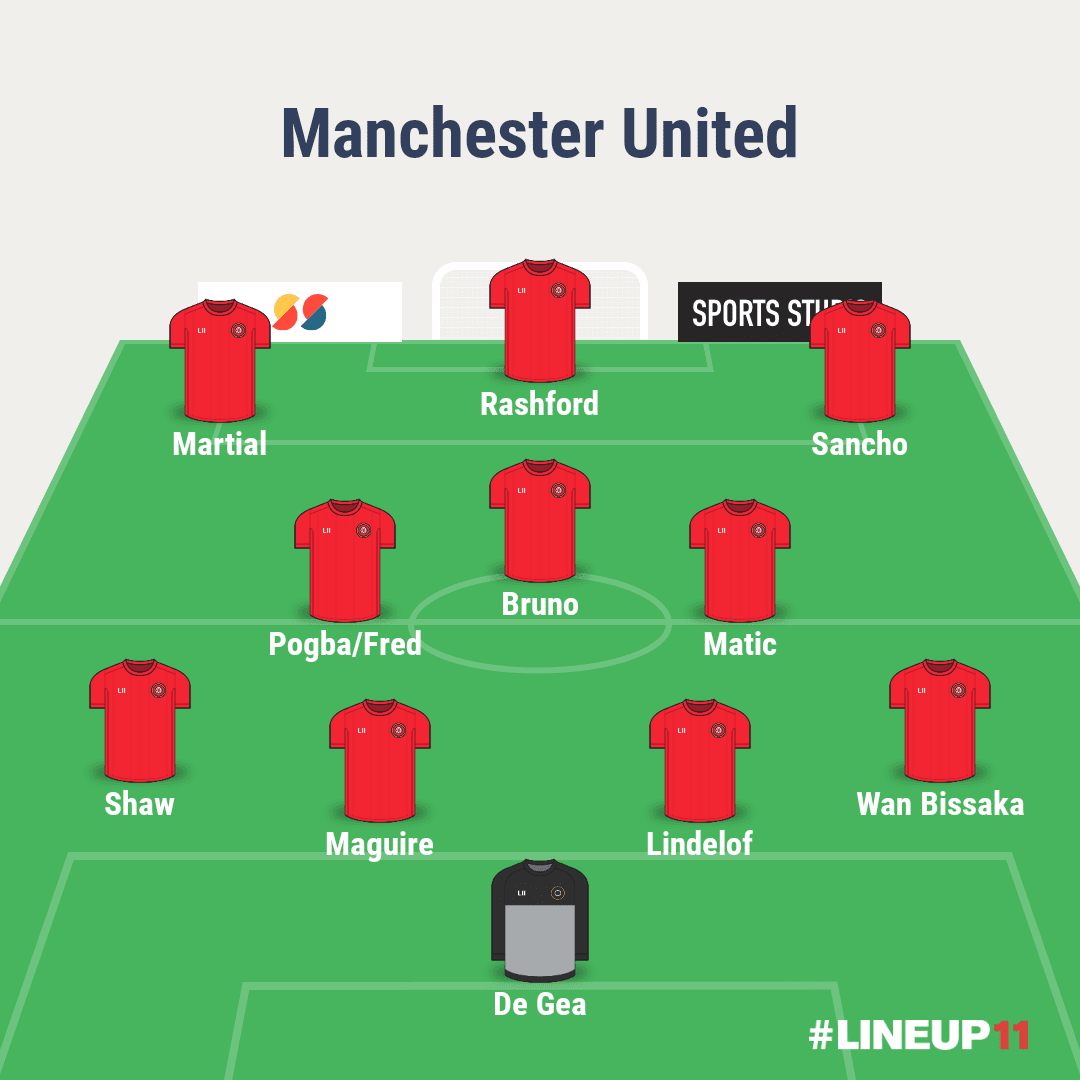 Sancho is deadly on the wings and if Solskjaer wants to play Pogba and Bruno both, 4-2-3-1 is the best formation. This would allow Pogba to play in the two-pivot midfield alongside Matic. Matic would do the deep defensive duties, allowing Pogba to joining Bruno and other attackers up front. This formation can quickly change into 4-2-1-3 as Sancho & Martial would push ahead and join Rashford ahead. Bruno will be behind them as an attacking midfielder and will act as the fourth attacker. Imagine how deadly United would look with four attackers.

This is how the team would look like with Sancho in the right midfield in 4-2-3-1 formation: 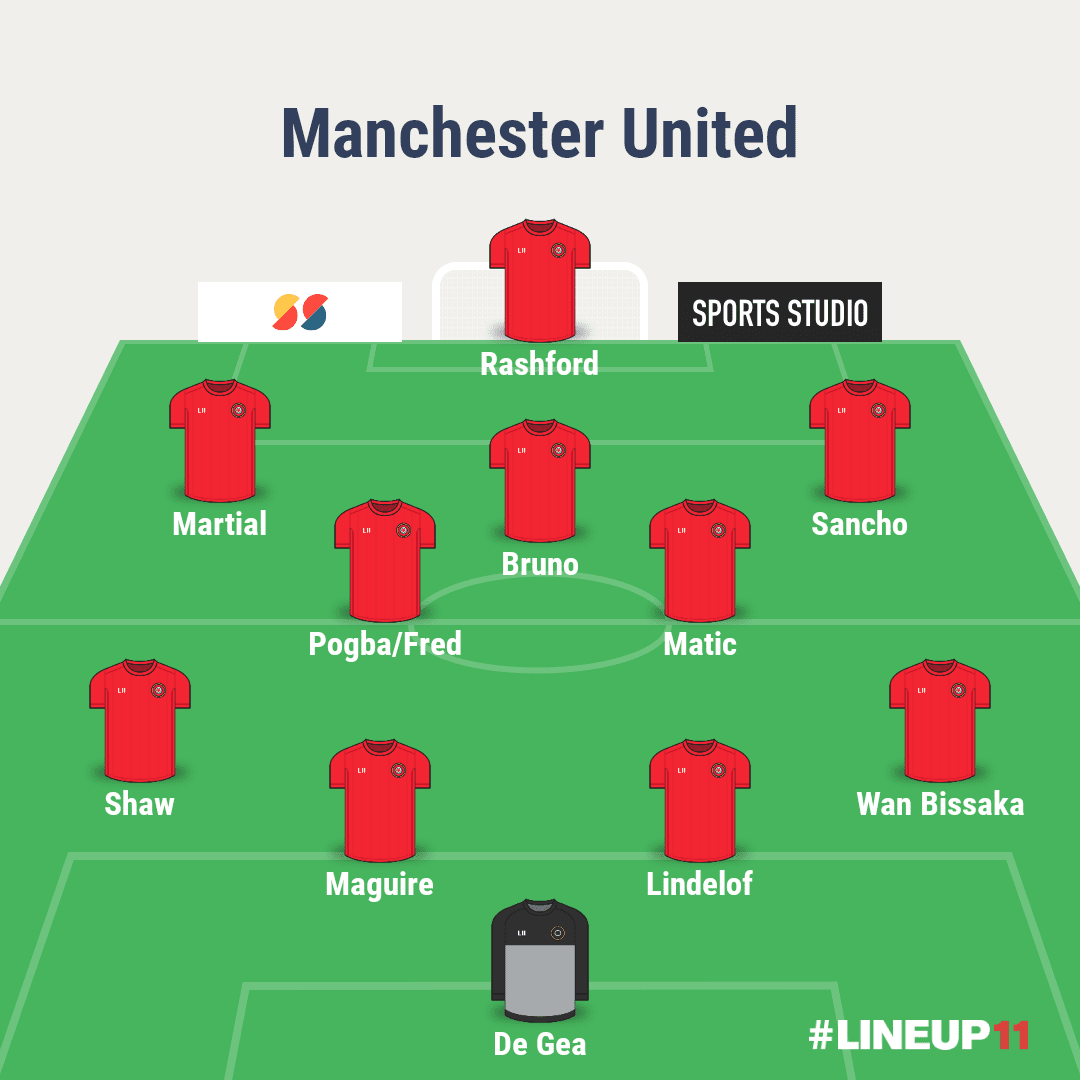 Solskjaer has played the three centre-back formation many times this season. Sancho also has the experience of playing in this type of formation under Favre. With Maguire, Lindelof and Bailly as the defenders and Wan Bissaka and Brandon Williams as wing-backs, Sancho can play alongside Bruno in the attacking midfield. They would play behind Rashford and can tweak the formation as Sancho pushed further as the second attacker and Bruno remains in the attacking midfield behind him.

This is how the team would look like with Sancho in a three CB formation: 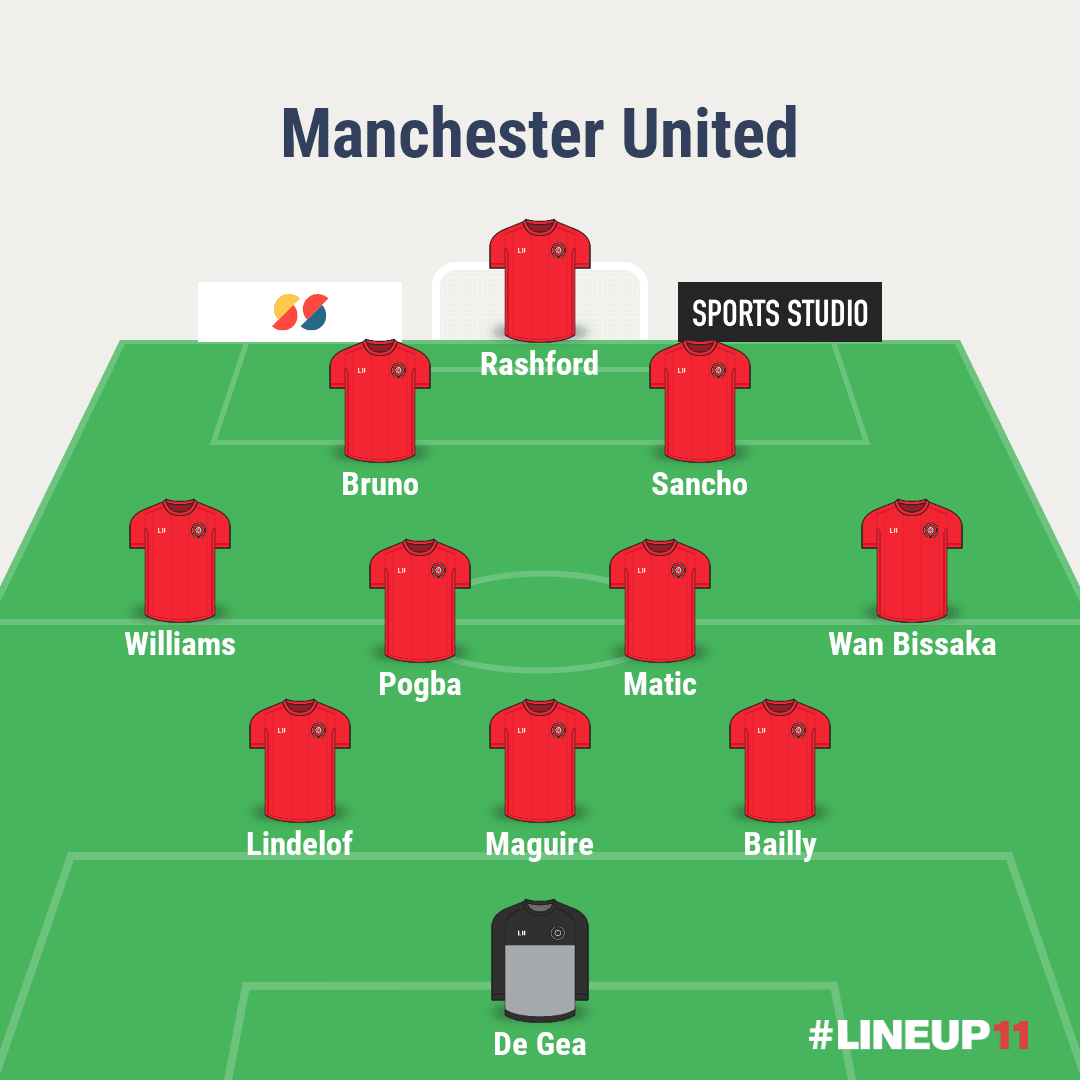