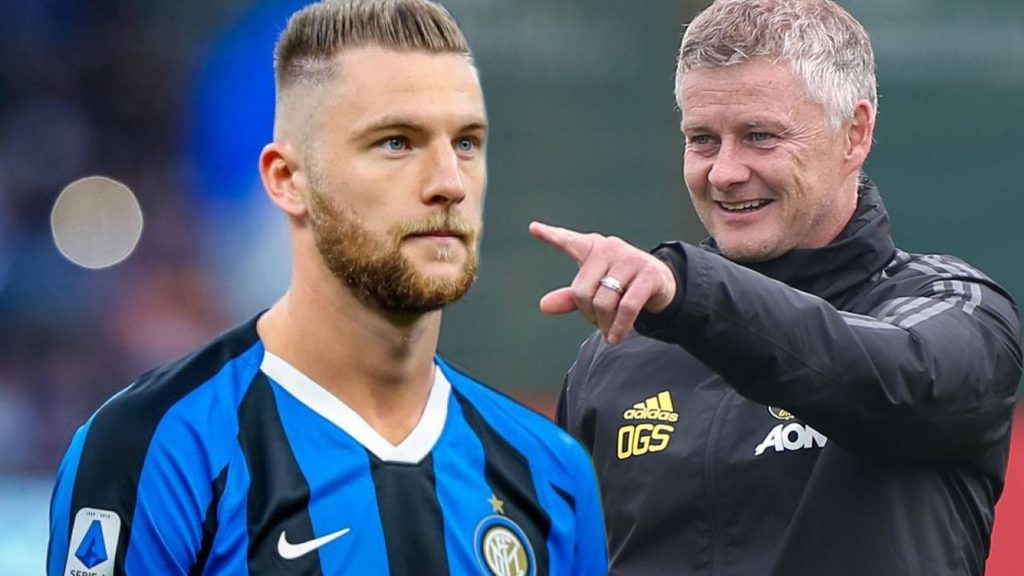 As per Tuttosport, Manchester United has offered Inter Milan a whooping £58 million for Milan Skriniar, who has hinted about the possibility of a summer move.

Calciomercato had speculated that Manchester City were keen on splashing €80 million on Skriniar in an attempt to tempt Internazionale into strucking a deal for the Slovakian international in the summer, but the Red Devils have now shown their desperation in winning the race for Milan Skriniar’s signature.

Manchester United have had little success in having their centre-backs fully fit this season. With Chris Smalling being loaned to Serie A side AS Roma on a season long loan deal, while Phil Jones and Eric Bailey have had a combine 6 Premier league appearances thus far this season.

Lindelof and club captain Harry Maguire have both being the most consistent and fully fit defenders that has formed a formidable partnership at the backline.

In the absence of those two, it’s obvious that United need to sign more quality defenders that can compete with Maguire and Lindelof in terms of quality and fitness level. Inter Milan defender Milan Skriniar have now been tipped by the Red Devils’ hierarchies to be another major signing at the centre-back, after making Harry Maguire a club record signing for a defender.

He completed a transfer to fellow Serie A side Inter Milan, from Sampdoria, signing a five-year contract. The club paid a reported fee around €20 million and also included the striker Gianluca Caprari. The transfer made Škriniar the most expensive Slovak player of all time.

He has been described as a defender who is “a strong tackler who is quick to make clearances”. A natural centre-back, he can also be deployed as a defensive midfielder where he also produced outstanding performances with under-21 side.

His former youth manager said of him: “He [Škriniar] has always being the leader on and off the pitch. He has been described in the media as the successor to former Liverpool icon Martin Škrtel in Slovakia’s defensive backline. He has also drawn praises from several Italian pundits for his positional sense, as well as his aerial prowess and in one-on-one situations.”

Milan Skriniar have been Inter’s most reliable and consistent defender since he arrived at the San Siro, making an impressive 125 appearances across all competitions thus far.

His potential move to Old Trafford will undoubtedly upgrade United’s backline and might as well turn out to form Harry Maguire’s best partnership duo.