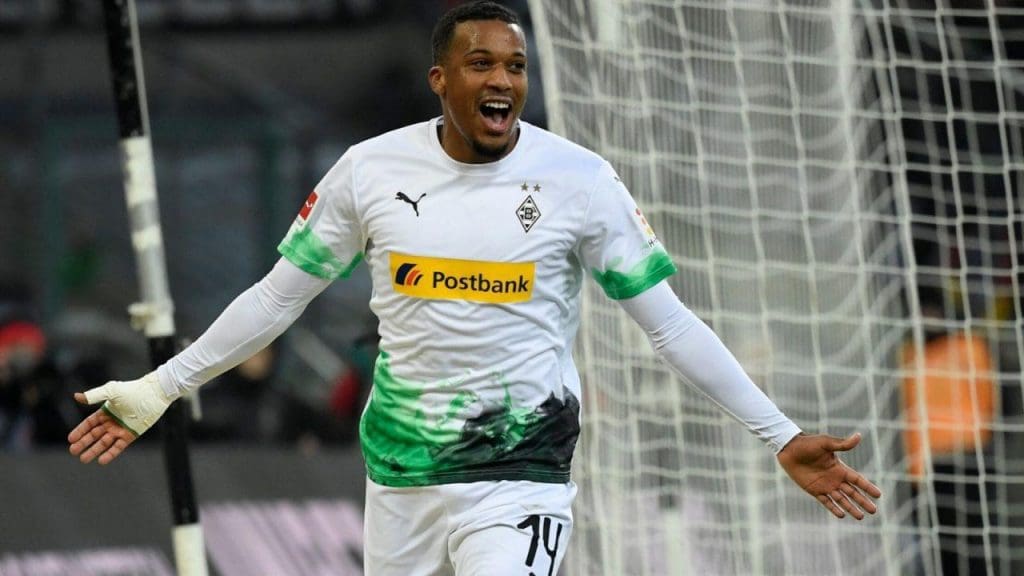 According to a report from Express, Manchester United are said to be interested in bringing Borussia Monchengladbach striker Alassane Plea to Old Trafford this summer.

Since the start of the season, Manchester United haven’t found consistency in their attack. Both Rashford and Anthony Martial have heard mix performances especially in terms of finding the back of the net.

Both strikers have also suffered some niggling injuries in between. An injury to Rashford towards the end of 2019 led to a 6 months loan acquisition of ex-Watford striker Jude Odion Ighalo from Chinese Super league club Shanghai Shenhua.

The ex Nigeria international striker has made some vital contributions since his arrival, while hoping to be considered for a permanent contract from the management. Unfortunately, reports as it that the club’s management are yet to decide whether to offer him a permanent contract or to let go off the 30-year-old striker, as they would prefer a long-term solution for their striking role.

Alassane Plea is now been tipped to make a switch to Old Trafford, as he’s seen to possess the qualities to add more firepower to Red Devils attack. His contribution for Borussia Mönchengladbach this season has seen him score sixteen goals and lay-off further eight assists in 30 outings this season.

Alassane Plea shots an average of 0.57 goals per game in club competitions.
Last season his average was 0.43 goals per game, he scored 15 goals in 35 club matches. In the current campaign, Alassane Plea executed a total of 68 shots, of which 29 were on target.

With his transfer fee said to be around €24 million according to transfermarket.com, Plea might see his dream move to the Theatre of Dreams become a reality this summer.