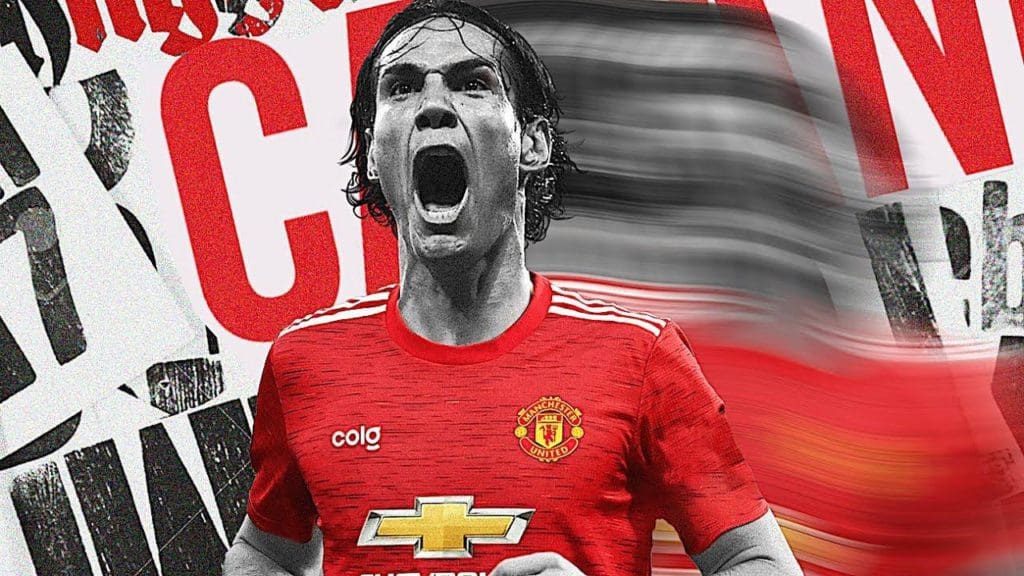 Reports are linking Manchester United with free agent Edinson Cavani, with some of the latest reports claiming that the Red Devils have agreed a 2 year deal with the 33-year-old Uruguayan International. Although United will be getting a player with immense pedigree he will command really high wages, the signing could be similar to Gareth Bale’s return to Tottenham where the player arrived for free but his wages total £15m.

As the transfer window draws to a close fans are left wondering if United are panicking again, or is there more behind this move. The Uruguayan has scored 341 games in his career and getting a player of his caliber for Free is a chance that rarely comes up in today’s inflated transfer market.

Cavani is set to arrive after his contract expired with Paris St. Germain towards last season, Cavani was very close to adding a Champions League medal to his collection of silverware. In his time with PSG from 2013-2020 He has scored 138 goals in 200 games and lifted 19 trophies.

This transfer is reminiscent of Zlatan Ibrahimovic’s arrival to Manchester United in 2017, Zlatan also arrived on a Free transfer from Paris St. Germain. And it is looking imminent that Cavani will replicate the same move. But the move is not the only thing similar in the two strikers, both the strikers have a presence in the box something United are missing when they play Rashford through the middle.

Another thing that the two have in common is a strong character and presence, United’s young attackers will need someone to guide them from the front, someone who can lead by example up front and bring players around him into the game, something that Ibrahimovic did exceptionally well at his time in Manchester United’s colors. Which was evident by how well he linked up with Romelu Lukaku.

Edinson Cavani will bring experience to a young United forward line, Greenwood(19), Rashford(22), and Martial(24) are all young players that can benefit from the wealth of experience that Cavani will bring he also adds much needed depth to the squad an area in which Manchester United are currently lacking. Only one new signing has arrived at Old Trafford this window while the clubs that finished around them in the table last season have strengthened their squad.

Cavani will bring much needed experience and leadership to the young attack, he also brings a direct route to goal and someone that can get you those clutch goals in stoppage time. The presence in the box and his ability to hold up the ball and link up with the midfielders will suit the counter attacking style that Manchester United have adopted under Ole Gunnar Solskjaer. It will allow the wide players like Martial and Greenwood to get into spaces, and Daniel James will also benefit from this style with his pace and agility. Bringing in a striker will allow Rashford to play in his favored position rather than playing through the middle.

This move will function the same way that Ibrahimovic’s move did, but it will also have the same downfall, Cavani is steep in age and won’t be able to feature a lot if he does join and he doesn’t have the legs to do the running when United are on the break. It also shows that Solskjaer hasn’t been able to bring in the players that he likes and Cavani is another short term signing that has been brought in after United missed out on their preferred transfer target.

What to expect from Chelsea in the last phase of transfer window?
KSE’s three biggest mistakes at Arsenal
To Top