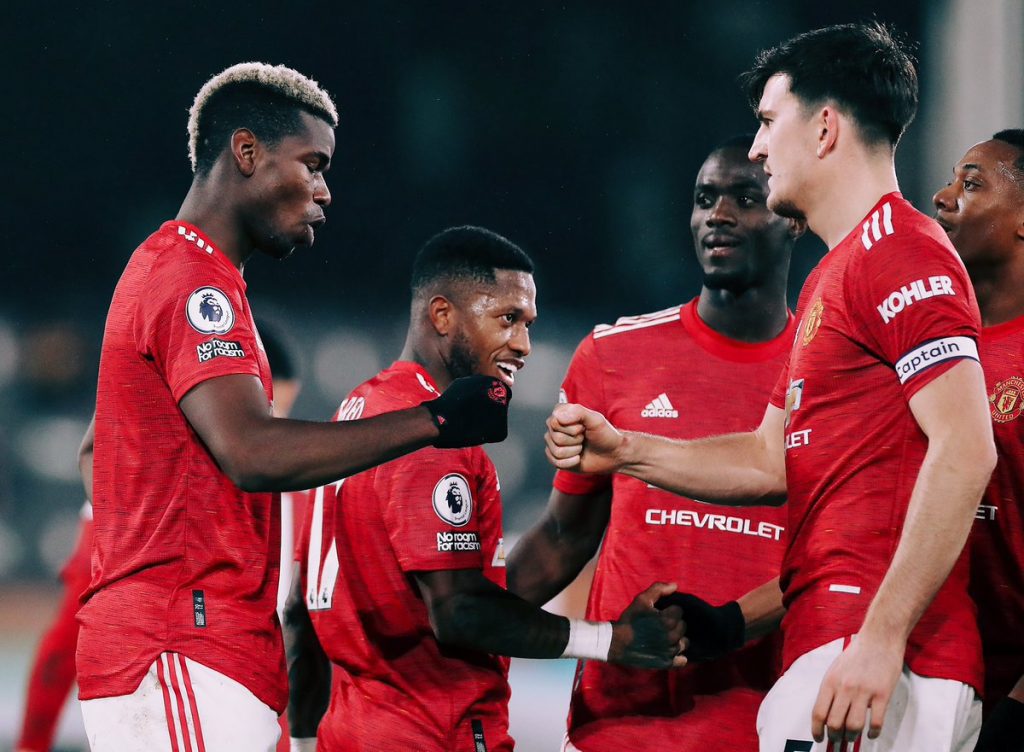 Amidst the crisis; rises the Champion. After four-and-half years of football at Manchester United, Paul Pogba is replicating the form he showed for the Old Lady. The midfield maestro has finally found his boots under Ole Gunnar Solksjaer. He has been phenomenal in the last few games and this is the first time he has been such a contributor for United under the Norwegian.

The Frenchman has gone through everything at United: from being on the verge of a transfer to being benched even after being fully fit. He has had his crisis, done his blunders, but has finally risen through the storm with sheer brilliance. Paul Pogba has found his true potential which he failed to live up to in the last season.

Last Night against Fulham, Paul Pogba scored a brilliant long-range strike from his wrong foot to help United earn three points and regain the summit position. The pundits are charmed with the way Pogba is playing and have assessed various reasons for the success of former Juventus star.

Paul Pogba, according to Rio Ferdinand, has changed his tempo which has proved to be the major difference between “Pogba now” and “Pogba one year back”. The midfielder is much quicker, more efficient, and consistent because of which he is able to produce magnificent performance.

As a United fan, I have seen Pogba’s flashes of brilliance before but what I am witnessing now is a “man on a mission.” The midfielder is enjoying his football, linking up beautifully with his teammates and creating chances whenever he is asked to.

Ole Gunnar Solksjaer too needs to be given credit for believing in the midfielder who has a barren run stretched through the whole season last year. Paul had only appeared in 16 games for United in the last season which is equal to the number of matches he has played this season with more than half-a-season to play.

He has already won two games for Solksjaer, one last night and one against Burnley, only a few days back. His magic with the shoes has led United to rise to the top and two points clear of chasers Manchester City.

I rarely remember him scoring a screamer from the left-foot for United. Since 2015, this is the first time he is playing with confidence and making football look so easy. He is almost trying to score everything in his shooting ranger and is rarely getting things wrong. The 27-year-old is starting to repay the pennies put on him by United by making the difficult tasks easy. The 25-yard strike past Alphonse Areola is one such reason why Pogba was brought to England and his team would be expecting much more match-winning performances.

For Manchester United, to stay at the top of the table, Paul Pogba needs to click, more often than not. It has almost taken five years for Pogba to click but if his form brings the trophy home, it will be worth the wait.