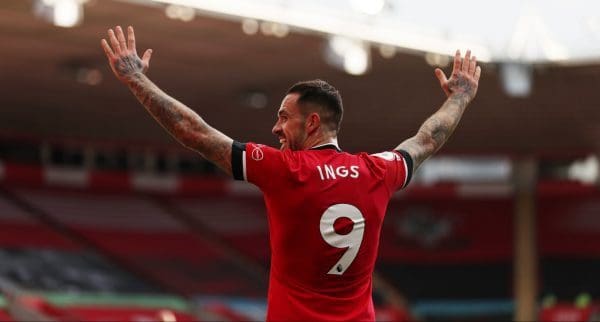 With trophies on the horizon for Manchester United, the Red Devils will be wanting to fire on all fronts next season after an impressive campaign this year.

Manchester United are finally looking like their old selves again but are yet to show something for their brilliant performances. An important factor for this is the need for considerable squad depth, especially in the forward line.

Thus, United are on the lookout for potent forwards who can, if not for a long time, temporarily boost their goal-scoring numbers, and as per ESPN, the Red Devils are eyeing a move for Southampton forward Danny Ings.

IS DANNY INGS A GOOD FIT FOR UNITED?

Danny Ings has proved his worth time and again at Southampton, including the current season with the Englishman scoring 12 goals and providing a further 4 assists for the Saints. Ings has also been the club’s top goal-scorer for the past 3 seasons, with his best season coming last year as he scored 22 goals in 38 games for the club.

Edinson Cavani‘s recent contract extension has cooled down United’s interest in finding a long-term forward but with the Uruguyan’s injury issues, it is always a good idea to find a potent backup. Anthony Martial, on the other hand, has been either injured or inconsistent in front of goal this season and Manchester United will be looking to offload the player in the summer if a reasonable offer is put forth.

This leaves a vacant spot for a striker of Ings’ quality and experience, who can create competition in that area while also providing considerable squad depth for the Red Devils. United for long have needed a player who can hold the ball up-front while also finish off chances as a ‘penalty box striker’. Ole Gunnar Solskajer’s men have considerable quality on the wings, and in the midfield, however, they need a proper front-man who can put the goals in the back of the net. Manchester United have had trouble penetrating teams that sit back and absorb the pressure this season and Danny Ings could prove to be a useful asset against such teams.

Ings is a menace in the box and has averaged 3 shots on goal per 90 mins this season while also acting as a huge aerial presence in the forward line. The likes of Nathan Tella, Takumi Minamino, Che Adams, and Nathan Redmond have all profited from Ings’ style of play, and there is no doubt he could do the same for Manchester United, given their sublime squad.

WHEN WILL THE DEAL BE COMPLETED?

Although United are yet to make a formal offer, the club have contacted the player’s agent, while Ings has also made it clear in the past that he wants to play at a Top 6 club while he is at his peak. The 28-year-old will play his best football in the next 3-4 years, and a move to United would be a no-brainer.

In terms of a transfer fee, Ings would cost United only £20 million as his contract is set to expire next summer, and Southampton are willing to cash in on the striker while they still can.

The move would suit all the parties involved and would most importantly, provide United with a proper out-and-out center-forward who will certainly act as a value addition to the squad, and boost their title hopes for next season. 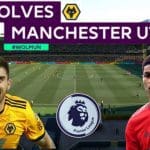 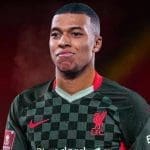