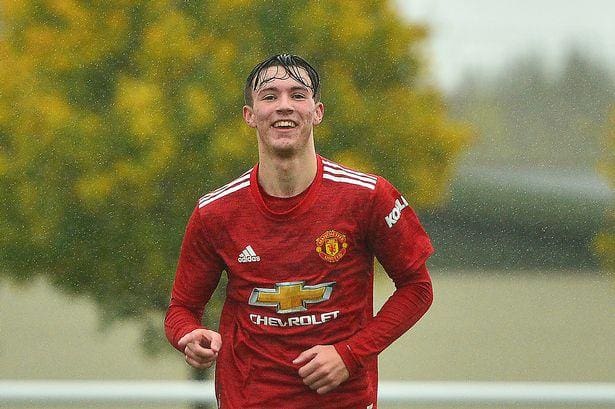 Though many fans and critics may have bashed Manchester United because of their perceived inactivity in the transfer window one cannot deny the fact that they have snapped up most of the talented teenagers from across Europe.

While Mason Greenwood is still young and touted as the next big thing even though he has a lot to learn, Charlie McNeill is another ambidextrous striker who seems to be a worthy competitor for Mason Greenwood in the future.

Charlie McNeill is a two-footed striker who has scored over 600 academy goals in his 7 years at Manchester City. At the U-15 level, he played 72 games, scored 110 goals and assisted 38 times which averages close to 2 goals contributions per game. The stats speak for themselves.

Charlie McNeill has an eye for goal and a thunderous shot which can only be kept out by few, and though the present of Manchester United may seem pretty bleak, the future looks set with a talented young squad already being assembled by them.

He also has a good knack for twisting defenders and holds up play very well, which helps him almost always to get out of challenging situations when the opposition players are onto him. Many of the top teams were looking into him, but Manchester United have secured him and their most significant victory in it may be that he is one of the stars of their arch-rival.

WATCH: The Best of Charlie McNeill over the years!

Is Wolves’ summer business a cause of their attacking woes?
Scout Report: Ian Maatsen | Chelsea left-back now Sorted?
To Top