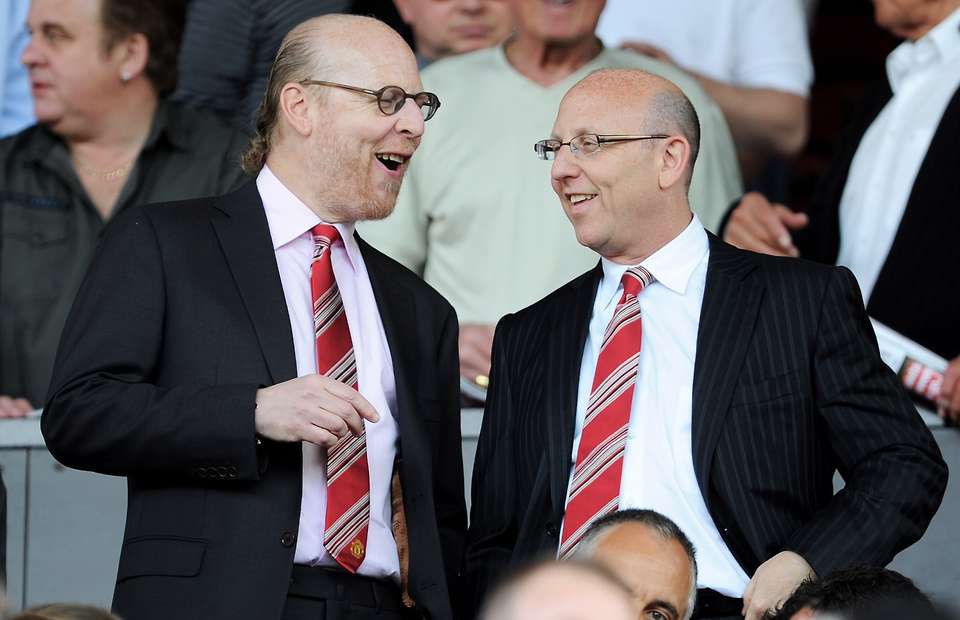 Manchester United are a club bathed in history but The Theatre of Dreams has some nightmarish scenes going on behind the curtains and where there were once heroic comebacks lately only dramas are on display at Old Trafford. The spotlight has moved from the players and the Manager. The owners find themselves in the middle of the stage and are pretending not to hear the boos from the Audience. There have been a lot of questions asked by the Manchester United fans and they are yet to receive a proper answer from the owners. Are Manchester United doing a Leeds?

Manchester United a Wealthy or a Club Drowning in Debt?

The situations surrounding the club have sparked an outrage among the United faithful and this time the fans are focused on the root of the problem rather than aiming their frustrations at the players or managers.

While everything looked glamorous and Merry from the outside there is real chaos and tension behind the scenes at Old Trafford. The Club released their third quarter financial reports and the everyone’s eyes were immediately drawn to one peculiar figure: The Net Debt in the books had risen from £127.4m to £429.1m according to their third quarter results. The startling numbers had many people shocked.

The problems don’t stop there however, from 2014 to 2018/19 United have seen the least investment of any club currently in the top flight. The Glazer Family have taken out £89million from the Club, which has enraged the fans of the club. In this same period only 6 teams have seen the owners take out money. The most that any owner has taken out apart from United has been from Tottenham, who have had to pay £40m to their owner. Nobody comes close to The Glazers However who have taken out £89m to put it into context that is more than double that any owner has taken out from the club.

The Debt has put Manchester United under a lot of pressure, Managers who were previously appointed post the Alex Fergersun Era have had one answer in common, that the club weren’t able to get the players that they needed. Sacking after sacking the fans have had to witness their beloved club being dragged through the mud.

The Glazers were handed the ownership in the year 2005 when the takeover was completed. When The Glazer Family first approached to buy the total debt of the takeover was £660 million which was split with the Club paying £265 million and the Glazers taking responsibility of £275 million against Manchester United’s assets. The interest for this debt was £62 million per year. The club had gone into debt for the first time since 1931.

From the very beginning this has looked like a business deal with some terming it the deal with the Devil. And the Glazers continued to treat the takeover like a business acquisition and have failed to run it like a Football Club. In 2010 the Glazers refinanced the debt with new bonds. These bonds contained a prospectus allowing the Glazer Family to filter large sums of money out of the club to repay old debts. This includes the taking out of £95 million in cash, the sale and lease-back of the Training Center in Carrington, while also allowing the Glazers to pay themselves 50% of the Club’s Net Income every Year.

Essentially United are having to pay their owners a form of dividend every year. While other clubs are having money poured into them The Red Devils are forced to make payouts to the Glazers. All this has accumulated leaving the Club unable to bring in Desired targets like Jadon Sancho and Sergio Reguilon being forced to rely on academy products that are inexpensive and command lesser wages. And while the outrage has been subdued over the last few campaigns with a new signing being added seemingly to keep the fans quite this time the Fans are making their protests clear.

No director of Football

Vice-President Ed Woodward has come under a lot of Criticism from the fans but he is just the start of the Club’s problems the actual problems are the owners themselves. There are many clubs that are having troubles with their owners but Glazers have put the club in greater trouble than any other owner.

Stan Kroenke hasn’t invested anything into Arsenal which is why the supporters aren’t always happy with him as the owner. But he also hasn’t taken any money out of the club. The lack of system at Manchester United is evident, the club are suffering with many fans feeling betrayed by the Owners. The club does not have a Club Director in place allowing the two Glazer brothers to run the club any way they please which is not how a club should be functioning.

What Next for Manchester United?

Towards the back end of last season United finally looked like they were back to being a great side once the matches resumed after lockdown, Ole and the younger players garnered a lot of praise from the media and Footballing pundits and after the fantastic acquisition of Midfielder Bruno Fernandes things look right on track. The problem in the clubs mismanagement by the owners still remains.

All this is reminiscent of the dark era at Leeds United. Who during the 2002/03 season saw a meteoric decline, with the then Club Chairman Peter Ridsdale having put an £80 million debt on the club. To repay these debts the club sold their key players with the likes of Fowler, Woodgate, and Les Ferdinand all on their way out of the club.

Ridsdale put the club in such a desperate position that they had to give up ownership of their Home Stadium and Training ground. And although they managed to stay in the top division in 2003/04 after inspired performances by their players. The next season saw more departures and a vile atmosphere surrounded the club, with limited players and resources at their disposal Leeds were relegated to the Championship, they were relegated subsequently to League One marking one of the worst days in their history.

The Club’s very existence came under threat, and although they climbed back up to the Championship they remained in the English second tier for the last decade. Which is why their return to the Top flight was such an emotional one.

Manchester United seem far from such a mess Manchester United are in a greater debt than Leeds were at the time. It seems like an Ominous aura has surrounded Old Trafford and the fans will be praying that things start improving soon. Leeds’ plummet was so catastrophic that it led to the phrase, “doing a Leeds”. The speed of their decline was so rapid that one cannot help but wonder if the Manchester Club will end up like their Rivals from Yorkshire.

Should Donny van de Beek start ahead of Paul Pogba?
Tottenham wrap up the signing of Vinicius loan from Benfica
To Top