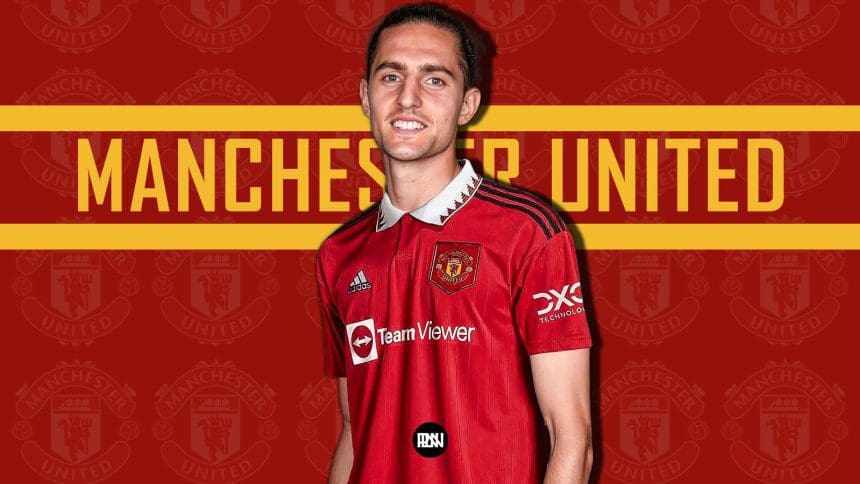 Manchester United have reportedly agreed a fee with Italian giants Juventus for midfielder Adrien Rabiot as Erik ten Hag finally looks to bolster the midfield at Old Trafford. According to reports, both Man United and Juventus are ready to reach an agreement regarding Rabiot, for an initial £15m fee.

Discussions on personal terms are said to be at an early stage, with the Red Devils locked in talks with his mother and very shrewd agent Veronique Rabiot, but with Juventus happy to sell the midfielder, a move may not be far off from being completed.

Manchester United and Juventus are ready to complete Adrien Rabiot deal as agreement has been reached on Monday – but personal terms are still in discussion. 🚨🔴 #MUFC

The move comes after a long pursuit of Barcelona midfielder Frenkie De Jong and has been met with much criticism by many of the United faithful. The Dutchman’s arrival has certainly brought much hope and optimism with Man United enjoying a productive, transformative pre-season in which Ten Hag’s philosophy, attitude to work and disciplined approach already having a major influence on his squad.

However, the Premier League opening day defeat to Brighton & Hove Albion threw up the same lingering issues that Ten Hag will desperately need to address, not least in midfield, with many believing the partnership of Fred and McTominay are not up to the task in fulfilling what Erik Ten Hag needs from his midfielders.

It’s clear the new manager needs reinforcement in the middle, and United now look to be finally addressing it with the pursuit of De Jong and Rabiot. The Frenchman may well prove an intriguing addition.

Who is Adrien Rabiot?

Rabiot made his name in the Paris Saint-Germain first team, a club where he developed and grew up becoming a regular at the youth level. He won five Ligue 1 triumphs in seven campaigns at the club, amassing 227 appearances, 24 goals and 14 assists.

The 27-year-old departed the French giants in a controversial fashion in 2019 after being frozen out of the team as a result of failing to agree a new contract.

Upon his departure, he was subject to much interest from some of Europe’s elite clubs such as Barcelona and Bayern Munich, however, he chose to join Juventus which he’s failed to set the stage alight since his high-profile move, and after four years, the Italian giants have deemed him surplus to requirements with his contract only having a year to run.

In three campaigns at the Turin club, he featured in 129 games in all competitions, registering six goals and six assists.

The 29-time international was picked to be part of France’s stand-by squad for the 2018 World Cup in Russia, but controversially removed himself from the squad as he refused to be a back-up, with many believing he had been advised to do so by his mother. He ultimately watched on as his teammates lifted the coveted international trophy.

He was brought back into the squad for the 2020 European Championships, in which he started three of the four matches alongside former Manchester United star Paul Pogba in midfield before they were knocked out by Switzerland on penalties in the last 16.

Where would Rabiot fit in Man United & what does he offer?

The season before last, Rabiot produced four goals and two assists in 34 Serie A outings for Juventus. He completed 91% of his attempted passes and made 1.3 interceptions, along with 2.1 tackles, per game. The Frenchman also won an impressive 59% of his duels, showing that he is strong in one-on-one battles, whilst averaging a SofaScore rating of 7.08.

Last season wasn’t as impressive for the Frenchman averaging a rating of 6.96, in what proved a disappointing campaign for the club as a whole, only just qualifying for the UEFA Champions League on the penultimate weekend of the season, finishing fourth in the end.

With this being a World Cup year, however, Rabiot will be looking to discover a new lease of life elsewhere and with Ten Hag personally calling the Frenchman according to reports, it is a move which could end up working well for both parties.

Ten Hag has a lineup with two midfielders behind Bruno Fernandes in a 4-2-3-1 shape since arriving at United. One in a much deeper role, a position the former Ajax coach so desperately wants to fill with former protégé De Jong, and another operating slightly further up the pitch as a box-to-box midfielder.

Fred was utilised in the deep-lying role against Brighton, while Scott McTominay lined up higher. Their inability to progress the ball from midfield was again a constant issue providing Graham Potter’s men plenty of encouragement to press and play through them, as shown especially in the Seagulls’ second goal at Old Trafford.

Adrien Rabiot has played both of these roles with Juventus, PSG and France, and arguably would represent a stark improvement on both Fred and McTominay. Firstly, the 27-year-old will address the lack of depth in defensive midfield, with the former PSG man capable of fulfilling such a role in front of the defence, also he is more technically astute than both of Ten Hag’s first team options, capable of evading pressure through tremendous ball control and skill.

More importantly, though, Rabiot would offer much defensive stability, something neither of Manchester United’s midfielders excels at, hence the club struggling against varying opposition attacks.

Opponents dribbled past Rabiot only 0.8 times per 90 minutes last season – fewer than any of United’s other midfielders. He ranks in the top 9% of midfielders in Europe’s top five leagues for the number of times dribbled past (0.77). He also ranks in the top 10% for tackles won per 90 (2.17) and the top 2% for tackles in the defensive third (1.85). That is more than McTominay (1.26) and Fred (1.22). Rabiot also ranks better than both players for successful pressures per 90 (7.66), ranking in the top 8% of midfielders.

Rabiot’s stats from last season show he also competes well in terms of tackling and his success-rate in duels. But he fails to top any of the key passing metrics when compared to United’s current options, which raises concerns about how much of an impact he could have on progressing the ball from deep.

However, United won’t need Rabiot to progress the ball from deep as much. They already have Christian Eriksen capable of performing such a role, also the club are increasingly confident of capturing top target Frenkie De Jong who is also excellent at such progressive traits. Rabiot’s underlying stats prove he will add so much when defending his own goal whether through winning individual duels, breaking up play and pressing his opponents, something United have lacked in midfield for a long while.

Though, the Frenchman is quite adept at dribbling up the field. Ten Hag admires and loves ball progression, whether through passing or dribbling, bypassing opposition’s high press and driving his teams up the pitch. Rabiot may not be so good at the former, but again his underlying stats prove he is capable at the latter. He ranks in the 74th percentile for progressive carries per 90, 81st percentile for carries into the final third and in the 92nd percentile for carries into the penalty area highlighting that he is a useful outlet when progressing the ball through dribbling.

Certainly, he’s not the best and it’s important to consider he was playing in a quite poor Juventus side last term. Playing under a progressive coach in Ten Hag, and under the right tactical conditions at Old Trafford, he could actually thrive consistently.

The doubts and skepticism’s surrounding Rabiot to Manchester United are understandable considering his underachievement at Juventus. But there’s a case to argue that the Italian giants did not provide him with the right conditions to perform consistently, at times forcing him to play out wide or at wing-back. Such chopping and changing in positions could hamper even the most established stars.

Rabiot is an established star, a player with a winning mentality considering the amount of titles he’s won and with Ten Hag looking to place him as a key component in this United side, we could finally see the best of the Frenchman. Again, the underlying stats show he is better than both Fred and McTominay in his defending, dueling and progressive carrying.

If United can secure both the signatures of Rabiot and Frenkie De Jong this summer, it could go a long way into finally addressing an area that has hampered the club for the past decade.

How does Mikkel Damsgaard fit at Brentford
Next Article 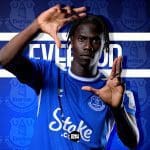 Amadou Onana: Exemplary business by Everton, one that can change their midfield for years to come
Leave a comment