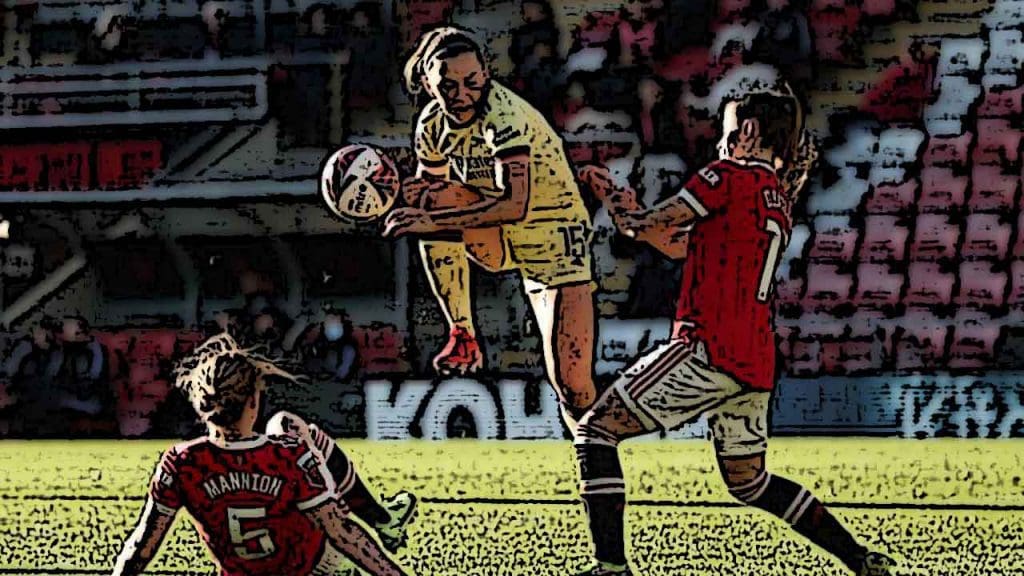 Manchester United Women faced Arsenal Women in a match that could have major consequences in the most important race of all, this season’s title race. Find out what happened at the Leigh Sports Village in the match report below.

Manchester United were looking to continue their good start to the season by getting a win over a team who have dominated this season, Arsenal. United’s only loss came against last season’s champions, Chelsea, so they’ll be looking to beat the other main title challenger. 2 changes took place for Marc Skinner, with the more intriguing one being the inclusion of Lucy Staniforth, with Risa taking a seat on the bench.

Arsenal were looking to end this phase of the season, and a win over United was a brilliant way to end it. The Gunners have started the season perfectly, and were sitting in the top spot before the match commenced. Without other results, the Gunners could’ve extended their lead to 4 points, ahead of Chelsea by what in the WSL is a mile, as teams of this caliber only lose to each other. This wasn’t a big match for Arsenal, but if a loss occurred, it would’ve been. Only 1 change for the Gunners since their last WSL match, with Williamson being dropped due to injury.

Arsenal have had chances, United have had chances. At half time, it was about what team would come out of that changing room fighting, and ready to go. Speaking about being ready to go, Jordan Nobbs came off the bench, replacing captain Kim Little.

Just 3 minutes after the half started, Vivianne Miedema put the Gunners in front. She drove into the box, and hit a low shot into the bottom left corner. 1-0.

It was a second for Arsenal, as Katie McCabe slots the ball into the top left corner from the spot. That made it 2-0 to Arsenal, and very difficult for the Red Devils to get back into it.

And that was it. It was another game in which Arsenal dominated and controlled the match, but also another match where Manchester United gave it their all. Things may not be going well on the male side of the club, but the women’s side is certainly developing.

Chelsea Women vs Birmingham City Women: Match Preview | WSL 2021/22
Villarreal vs Manchester United: Can United brush off their misery to qualify for last 16?
To Top