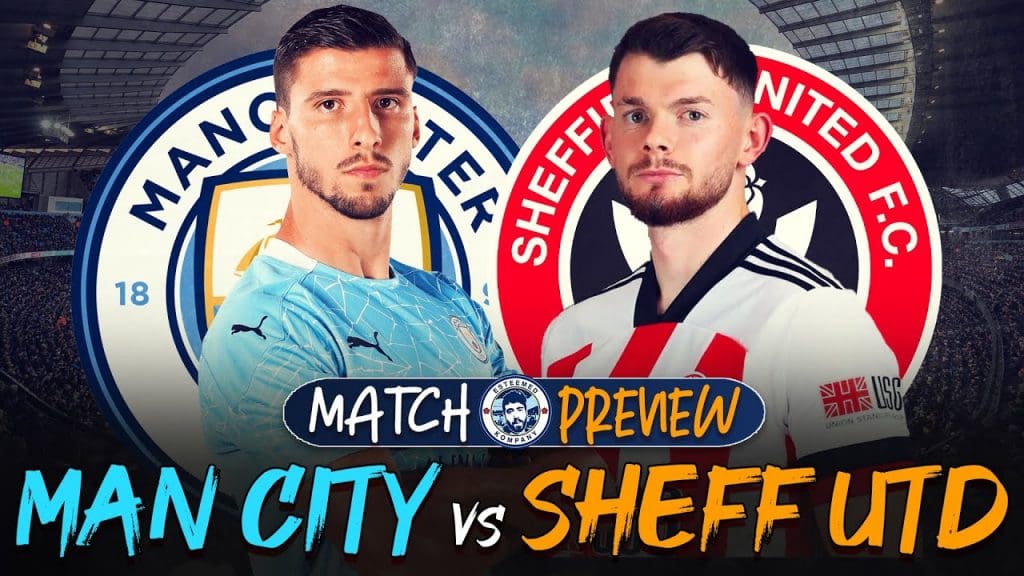 It is top versus bottom in the Premier League as Pep Guardiola’s high flying Citizens take on the Blades, who have slightly but surely regained form after a dreadful start to the season. Manchester City vs Sheffield United match is set to be played at the Etihad on 30th January, 3:00 local time – and here’s your preview!

Pep Guardiola’s team is in high form, with the Citizens on a 7 game-winning run and an 11 game unbeaten run. This fine run of form, along with rivals Manchester United dropping points, means that City finds themselves 1 point clear at the top of the table, which can become 4 points if City utilizes this game in hand.

For Sheffield United this will be a second big Manchester test in consecutive weeks; and after getting the better of Manchester United in the previous game, the Blades will look to get the better of City this week. The Blades are stunted at the bottom of the table due to an extremely poor start to this season. But an unexpected win over the Citizens could take them at 19th, for the first time in a long time.

Sheffield’s biggest worry will be City’s mean defence, which has leaked in just 1 goal in their last 7 games. Sheffield has averaged a poor 0.6 goals per game this season, and Pep’s side will back themselves to add to their already impressive clean sheets tally.

As you would expect before any City game, Manchester City might end up dominating a large chunk of possession, and maintaining their defensive shape and getting men behind the ball to stop City’s attacks will be key for Sheffield. Sheffield has played with a back 3 this season, and the wing-backs must be supported by the wide center backs to cope up with City’s wide-area danger imposed by its fullbacks and wingers.

They must also be wary of German midfielder – Ilkay Gundogan, who is in fine form right now. After an impressive streak of goals, Gungogan has taken his goal tally to 7 this season already.

Chris Wilder’s side will be positive after an impressive win against United but I don’t see them getting any points off this match due to City’s fine form, complimented by their defensive solidarity and attacking threat.