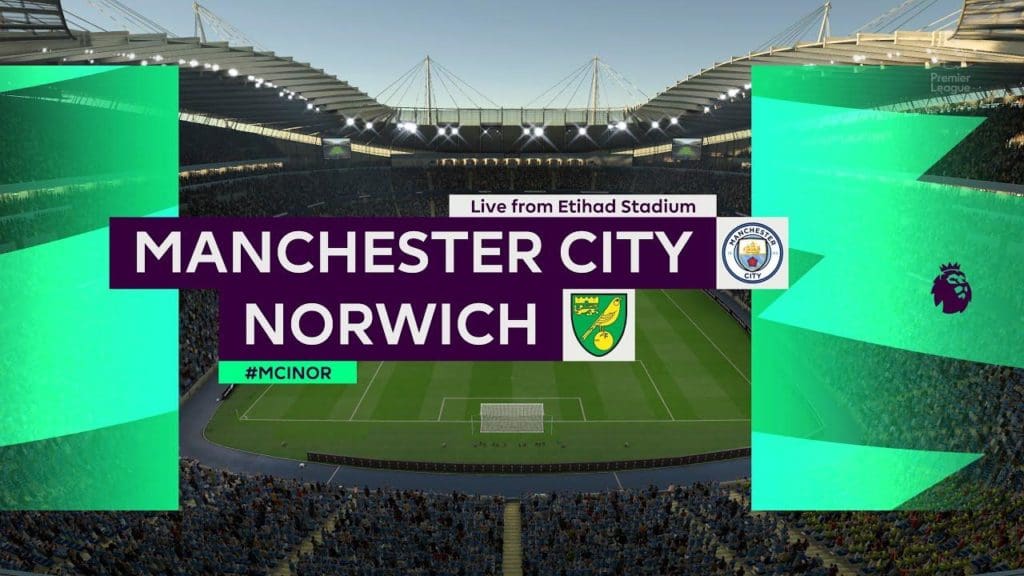 Manchester City will play host to already relegated Norwich City at the Etihad Stadium in the league’s final fixture on Sunday evening.

City have already cemented their second spot on the league table with 78 points, which seems ridiculously lower to their standard lately.

Though Manchester City might have lost the race to win the league before it was suspended due to the pandemic crisis, they’ve never looked to be slowing down in their level of performances, which has seen them amassing massive amount of goals being scored.

The forwards has really been in fine form recently, with Raheem Sterling scoring his first ever 19 league goals after his brace against Watford.

Sergio Aguero might have not been consistently fit this season, but the Citizens’ quality forwards as shown their ability to produce goals and assists coupled with their individual quality.

In reference to City’s goals scoring consistency, despite their unusual goal drought which occurred during the FA Cup match against Arsenal which resulted in two unreplied goals being scored by Arsenal’s captain Aubameyang, Manchester City made an instant comeback to their usual winning ways at Vicarage Road, where they demolished the home team in a four goals thriller, hereby, keeping a clean sheet against relegation battling side Watford.

Raheem Sterling scored a brace in the first half before Phil Foden and Aymeric Laporte completed the goal scoring heavy hit by banging in the other two goals in the second half.

With Pep Guardiola’s team in preparation for their Champions league clash against La Liga crowned champions Real Madrid, the Citizens might want to field a weaker team against Norwich which can be tagged as an inconsequential encounter.

Norwich City obviously has nothing to play for, as they are already condemned to relegate to the Championship. While Pep Guardiola’s team as already qualified for Champions league tournament, making their final league match to be seen as a preparatory game before facing Real Madrid in the Champions league.

Daniel Farke’s team might just try to give their fans a better ending to their unsuccessful and unceremonious campaign, with a memorable performance against the Citizens.

City are still going to be without their Argentine forward Sergio Aguero, who suffered a knee injury against Burnley at the end of last month.

While Claudio Bravo might be declared fit to play against the Canaries but the manager might opt to avoid risking him in an inconsequential match, due to several interests in Bravo’s services.

Daniel Farke’s team doesn’t have any fresh injury problem ahead of their final league match.

Moritz Leitner (hernia), Grant Hanley and Sam Bryam (both hamstring), remains to be sidelined. Buendia & Drmic will serve suspensions owing to the red cards against Burnley – adding to a hefty list of absentees for Farke.