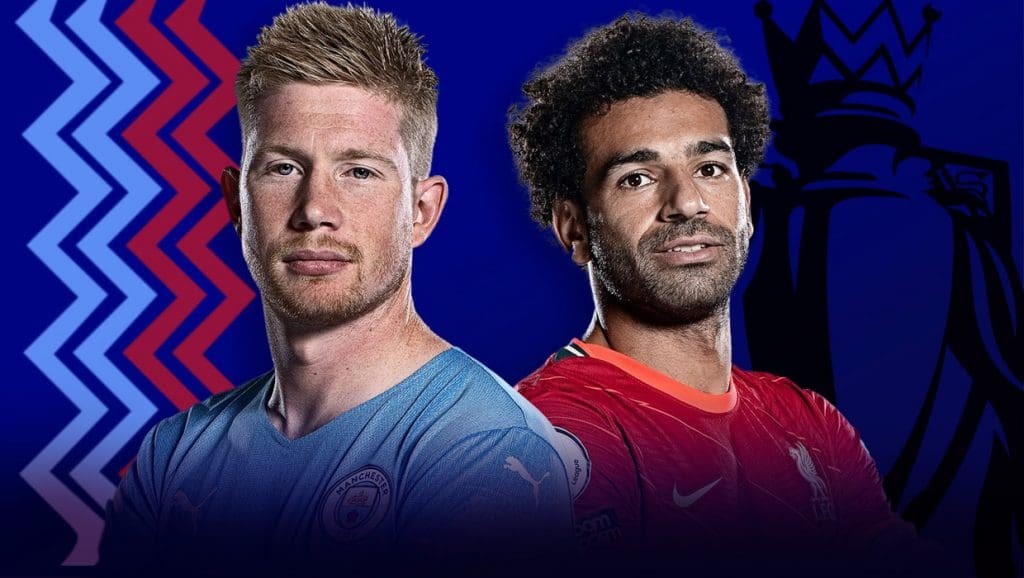 It is one of the most awaited fixtures, not only for the Premier League viewers but also for the world of football. Manchester City and Liverpool lock horns for the last time in the league campaign, in what could be a title decider between the two sides. While City have the upper hand on the Reds by a single point margin, Pep’s men will be vary of the fact that their visitors from Sunday are on a hot streak.

Not so long ago the same City side was 13 points clear at the top, and it is just a matter of 2 months that Klopp’s red army has reduced that deficit to just one. Though, around 7 games would still remain after this clash to decide the champion. Still, both the sides know the importance of this one. While the men from Liverpool would not settle for anything less than a win, at the same time the Cityzens are ready to take the fight to the end and stand up triumph in front of their home fans.

Meanwhile, both sets of players have been producing some outrageous football throughout the campaign. As we look at the key player battles leading up to the matchday.

At 21, the sensational English youngster – Phil Foden – is a force to be reckoned with. Not many players at that age possess outlandish skills to turn the complexion of the whole game on their head. But Foden is one of the few. He has been Pep Guardiola’s new poster boy in recent years, giving a whole new prerogative to his already high standards. Likewise, it was seen in City’s last game against Atletico, in the Champions League. The blues from Manchester didn’t look like scoring until Foden stepped onto the pitch and when Pep unleashed the 21-year-old, it became a mere formality. With 11 goals and 9 assists this season, he already looks more mature as the season progresses.

Meanwhile, his English teammate and rival on Sunday, Trent Alexander Arnold has been hitting new grounds this season. With 17 assists already this season, including 11 in the Premier League, the Liverpudlian right-back is a freak when it comes to setting up goals. His ability to set up his teammates never goes unnoticed. This season, especially, whenever he has been on the end of putting the crosses in – for the millions of fans it has just been security that it will be right on the money! Take the last Benfica game, for example, the 23-year-old was running the show through his over the field looping balls. Like the set-up for Mane’s goal was just exquisite.

So, it will be a heated battle between these two English youngsters. While it will be a real test to measure Trent’s defensive abilities, meanwhile Foden will have to be on his toes in order to stop Trent from making those darting runs forward.

The Portuguese fullback has been in form of his life this season, here at the Etihad. It is amazing, how he has made his way into the playing XI of the current Man City squad. Seeing Pep Guardiola’s frequent shuffles, the Portuguese has left quite a mark on his gaffer not to shuffle him too frequently. With managers like Klopp or Pep, it is not a piece of cake to set an impression. But if you do, you must be reproducing some great shifts out there on the pitch and Cancelo has done just that. He has 8 assists, and 3 goals across all competitions for the Cityzens this season, repaying the faith of his gaffer through his performances.

However, he will be having a mammoth task of withholding the pressure of the in-genius of Mo Salah. Although, the Egyptian has not been the same after his return from the World Cup qualifiers, but for how long can you expect a player of Salah’s calibre to producing these dry spells. The home fans must not forget what happened when the two teams met earlier in the season, at Anfield! Salah’s nimble footwork and a composed finished leaving the world of football in awe. It is only a matter of time before we see that Mo Salah. Meanwhile, Klopp alongside thousands of travelling fans will be hoping that it’s City again, against whom Mo breaks the drought.

Kevin De Bruyne has come a long way from being a Chelsea reject. He has come to being called one of the best midfielders in the world, if not the best. Since his absence due to injury last season, KDB has shown a major comeback this season around. Looking back to the few City matches, and you might find the Belgian on the scoresheet. De Bruyne has just been beyond clinical for Pep’s side whenever they have needed someone to step up from the front. And it has been reflecting on the stats as well, with KDB scoring 13 goals and providing 8 assists across all competitions this season.

But, it will be one hell of a battle when the Belgian will come up front against the Dutch wall – Virgil Van Dijk.

The last timeout when these two met each other, at Anfield, KDB scuffed an equaliser off Matip’s deflection. But Van Dijk will be looking to squaring it with him, this time around. He has been solid for the Reds, throughout the season. Piling on clean sheets, one after another, even making his presence felt in the opposition’s box with those towering headers on the set pieces. Van Dijk has been phenomenal, with the Dutch already having 24 clean sheets to his name along with the 3 goals, making him a nuisance for the players to come up against him this season.