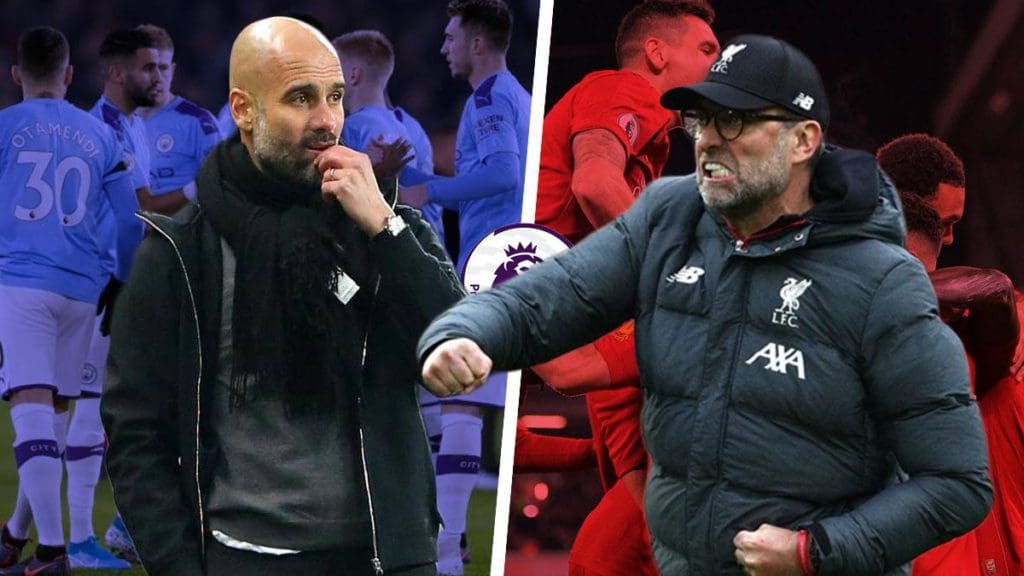 Liverpool are the champions of England for the first time in 30 years. The Reds have never won a league title since the Premier League era. Liverpool winning the league was inevitable after the restart of the Premier League from June 17. However, they dropped points in the Merseyside derby which delayed their title sealing game. But props to Manchester City, as they lost against Chelsea last week and Liverpool have crowned champions.

Manchester City host Liverpool at the Etihad on Thursday and will give a guard of honour to Klopp’s side before the game. What a moment for Liverpool as they will receive guard of honour from arch rivals and season’s defending champions. Klopp’s Liverpool have 86 points from 31 games and will be after City’s record of winning 100 points in a season. Manchester City have 63 points and lie second in the table with just 20 wins out of 31 games.

Here are five key head to head battles that could decide the fate of the match on Thursday: 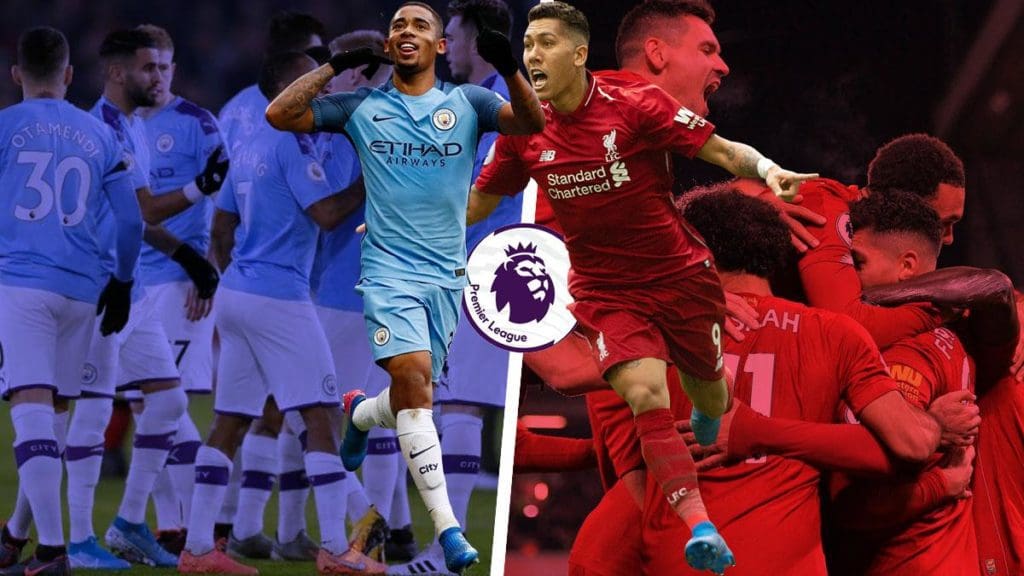 Pep Guardiola signed Gabriel in 2017 to phase out Sergio Aguero. However, that hasn’t yet happened and Aguero still remains the first-choice for Pep. Gabriel Jesus is a talented lad but a poor record recently, yet he has played over 140 games for City, scoring 63 goals. This season he has scored 18 goals in all competitions. The Brazilian will be itching to get back in his form to face Liverpool.

Roberto Firmino joined Liverpool from Hoffenheim fin 2015. He has featured in all 31 PL games under Klopp this season and has scored eight goals & bagged seven assists. This shows how important he is to Klopp’s system. He is expected to lead the attack for the Reds on Thursday. He consistently drops deep to help his team out and has been one of the prime reasons for Liverpool not investing in Timo Werner. 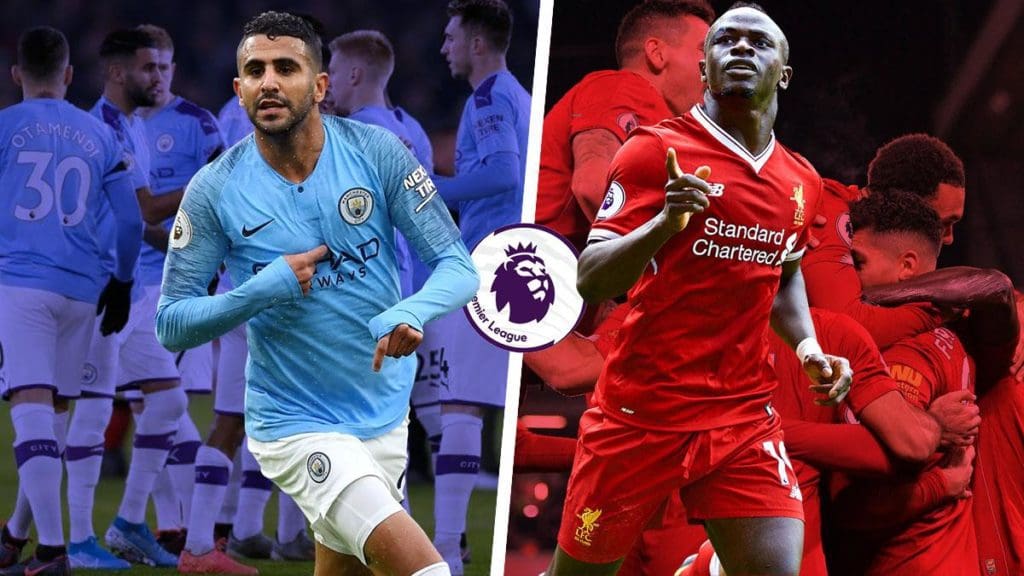 Riyad Mahrez joined Manchester City in July 2018 from Leicester City. However, last season he started just 14 times for Guardiola’s side as Bernardo Silva used to start on the right flank. However, this season, Mahrez has turned out to be an important player for City and has featured 26 times, contributing in 17 goals (9 goals and 8 assists). He will be a player to look out for on Thursday. He will surely cause problems on Liverpool’s left flank and Robertson will have be tight at the back.

Sadio Mane joined Liverpool in 2016 from Southampton. Since his arrival, he played in multiple positions in the attack. He was a right-winger for the Reds but after Salah’s arrival, he took the role of a left-winger. He has been equally destructive on the left flank with his blistering pace and aerial prowess. He has scored 15 goals in the PL and will be looking to get back on the scoresheet on Thursday. 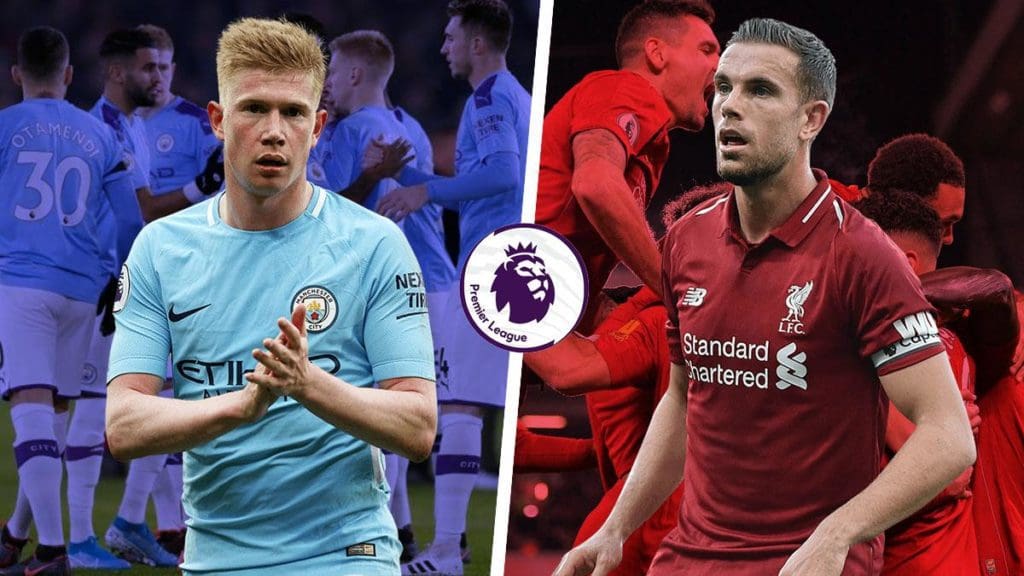 The clash every Premier League fan will be looking forward to – De Bruyns vs Henderson. The clash between two of the best candidates for the coveted PFA Player of the Season award.

Kevin De Bruyne joined Manchester City five years ago from Wolfsburg and has gone on to become the best midfielder in the world. This season he has made 29 appearances for the Citizens and has scored 10 goals while assisting 16 times. 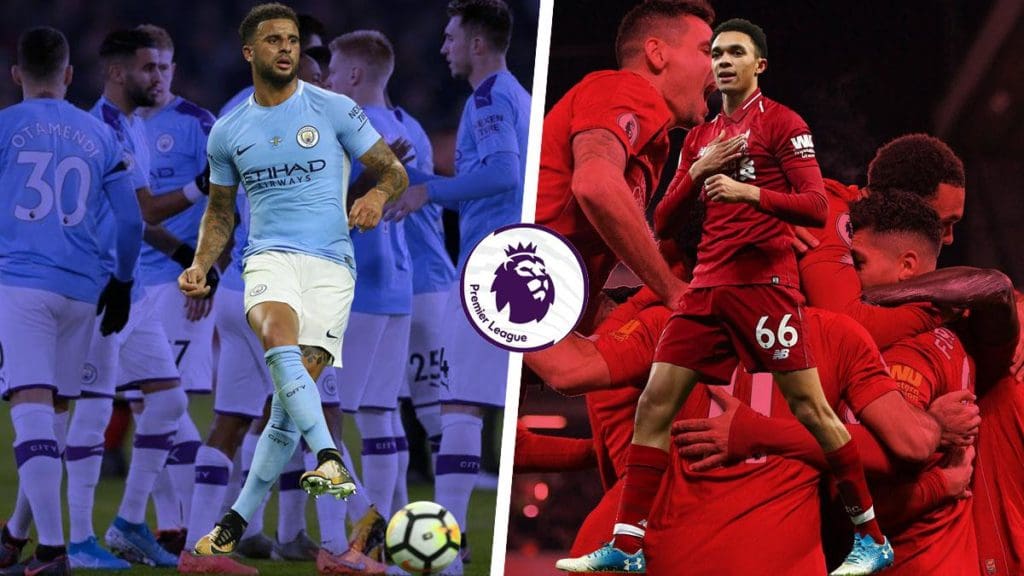 Two right-backs fighting for the starting spot in the three lions team for next season’s Euros, Walker and Trent face each other on Thursday. Kyle Walker has been an important player for City since joining in 2017 from Tottenham Hotspur. He has been phenomenal under Guardiola and will surely get the nod to start against Liverpool. He has just three goal contributions in the league this season so far. It will be interesting to see him faceoff against Robertson and Mane on the flank.

The Liverpool-born youngster is touted by many as the best fullback at the moment and has grown under Klopp. He has spent his entire youth and professional career at Liverpool and has drawn comparisons with many footballing greats. Alexander-Arnold has really proven his worth, showcasing his passing, dribbling skills and putting in great crosses as well. He has scored two and assisted a whopping 12 assists in the league from 31 games. 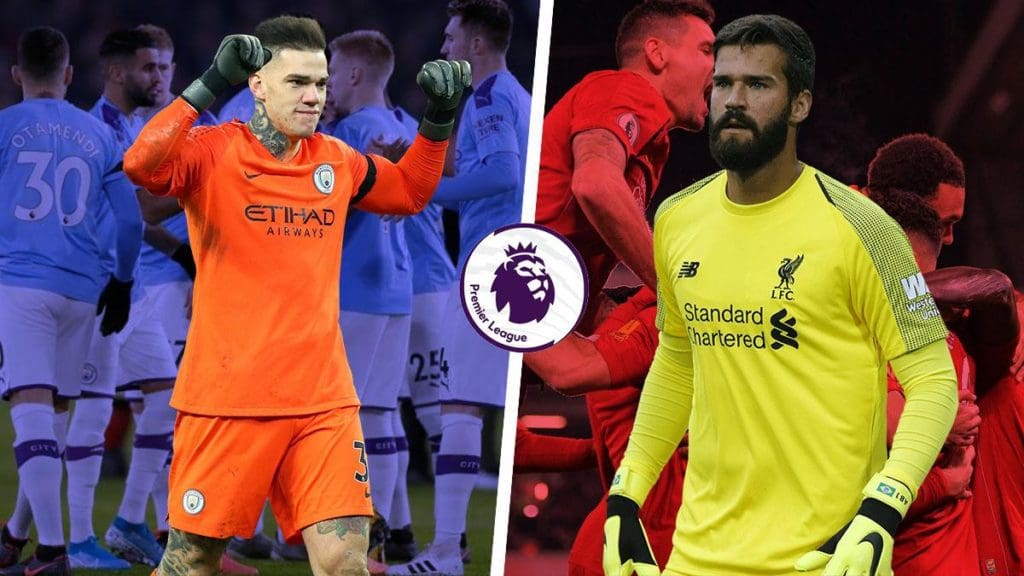 Ederson joined the Citizens in 2017 and quickly became the first-choice shot-stopper at the Etihad replacing Claudio Bravo. He has now featured 140 times for City. He has started 28 times this season and has 11 clean sheets so far. He also has made 55 saves for City saving them from dropping points at crucial moments. He needs to be in top form ahead of the Liverpool game.

Alisson Becker has been at Liverpool for two seasons now. He has started just 22 games due to an injury. Despite that, he has 12 clean sheets, one more than Ederson. He has made 48 saves in the PL as well.