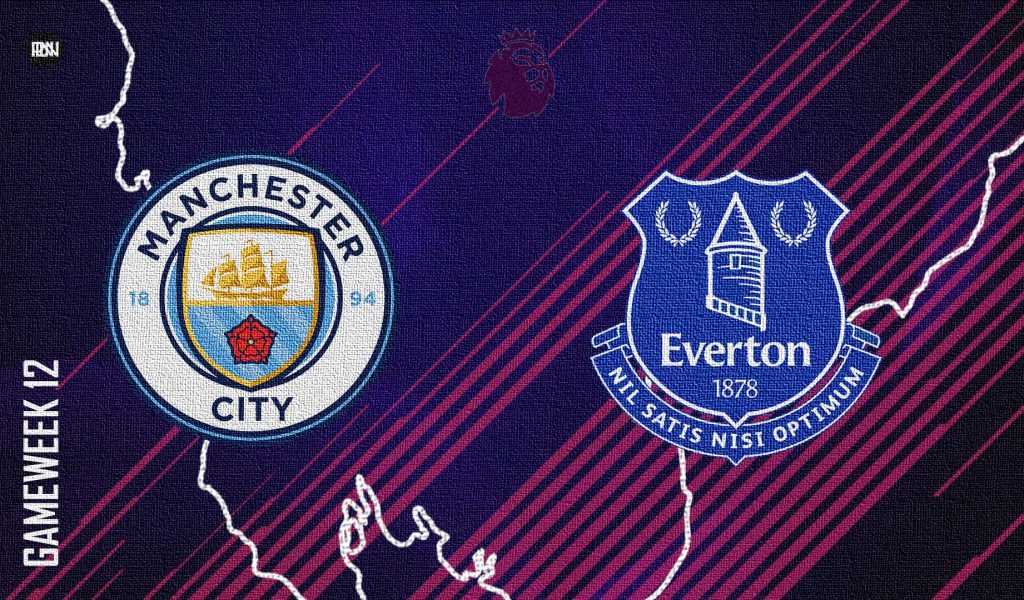 After a long week of international games and world cup qualifiers, Premier League fans must be delighted to know that their favorite league continues its action from Saturday. Speaking of which, we have defending champions Manchester City inviting Everton at the Etihad Stadium on Sunday i.e., 21 November 2021.

Manchester City are still shy of 3 points to Chelsea and their manager Pep Guardiola will make sure to close the gap before heading into the December games. Meanwhile, Everton sits surprisingly low at 11th position with just 15 points in 11 games. Manager Rafa Benitez would hope to put his team’s losing streak to an end when he faces tough opposition in Manchester City.

Manchester City players didn’t have a good week as many of their key players have returned with pain, injuries, and illness. Manchester City and Belgium ace Kevin De Bruyne has tested positive for COVID-19, currently isolating, we at PLNN wish for his speedy recovery.

Jack Grealish didn’t train with England squad earlier but, as per Pep Guardiola, the Englishman is doing fine since returning to the club. Manchester City’s shining star Phil Foden came back with a knock and is currently struggling with his leg but still making progress with the injury.

Bernardo Silva also admitted to being played in pain for his national side, so his availability remains unclear. Ferran Torres continues being a long-term absentee despite landing in Manchester earlier this week.

Meanwhile, Everton too have their problems on the injury list as the away side is plagued by the injuries recently. Tom Davies was the latest player to join the recovery table. Abdoulaye Doucoure and Dominic Calwert-Lewin are unavailable due to their respective foot injury.

Towering centre-back Yerry Mina will make his way into the team but, his partner Mason Holgate will have to miss the game following his suspension against Tottenham.

Pep Guardiola has some tasks on his hands now, as some key players are injured or enduring pain in their muscles. Ederson and Steffen have returned following long flights across continents. Defence won’t be the concern for Manchester City as all the players seem fit to play against the Toffees.

Manager Pep Guardiola has been on the victorious side 3 times out of 4 against his compatriot Rafa Benitez. This time he is expected to stick with the same plan and field his side in his infamous 4-3-3 formation.

Joao Cancelo has been in form of his life and is expected to keep his place meaning a bench role for Oleksandr Zinchenko despite impressing on international duty. Rodri has been putting impressive performances week in week out, his passing and link-up play in the derby was one of the key reasons City were comfortable for the whole 90 mins. With De Bruyne out, Gundogan who has become a consistent name in starting XI will be accompanied by Bernardo Silva who himself looks in pain but still is fit enough to play football.

Attack will be a tricky choice for Guardiola but, Pep will likely stick to his false 9 system deploying Raheem Sterling as 9. Riyad Mahrez has not been a starting name this season but, the Algerian is expected to do his usual ‘keep the width, receive the ball, cut in and shoot’ routine. Sterling’s pace can be useful as Ederson’s passing can jump through whole 20 outfield players at once. Gabriel Jesus has been an outstanding performer this season and hence he will be a starting name. He will be asked to keep the ball moving fast and be in important positions to have a chance at goal. Manchester City’s forwards can also switch their positions mid-game and this can be witnessed against Everton especially among Jesus and Sterling.

Rafa Benitez have failed to win a point against Guardiola in the last few encounters between the duo, with Everton failing to win any of their last 5 games; Rafa Benitez will be expected to have a tactical plan to harm Manchester City’s chance for a top spot.

Despite being hampered by injuries, Rafa has players capable enough to upset Manchester City’s supporters. Jordan Pickford was impressive for the national team is expected to command his defence. Everton still have the likes of Godfrey, Coleman, and underrated duo Keane and Digne ready for this encounter. Digne was crucial for Everton’s impressive start this season but, the toffees’ underperforming attackers have let down the Frenchman’s efforts in recent weeks.

Manchester City are a team who tries to take control of the match and outnumbering opposition in their own box. Hence, Rafa will likely use a hardworking midfield trio and likely set up his team in a 4-2-3-1 or a modified 4-5-1 formation. Delph and Allan are expected to shield the defence while Townsend will be expected to use his vision to supply quick throughs to his attackers.

Richarlison will be accompanied by Gray in the attack while Iwobi will be behind them to keep the possession in check.

Manchester City are blessed with world-class midfield talent albeit the injuries to Grealish, De Bruyne, and Foden. Ilkay Gundogan will likely be the player Guardiola will call upon to get his side 3 points. His work rate and link-up with Bernardo Silva has been so good that it has got few City supporters thinking that Man City are at their best when the duo starts together. He has 2 goals for the blues in Premier League and will work his way to get one against Everton tomorrow.

His job will be trickier than the likes of Bernardo and Rodri as the German will be expected to work with both of his attacking and defending peers. Gundogan’s movements will likely decide the tempo and flow of Manchester City’s possession-based football and his ability to get into scoring positions can change the phase of game at any given moment.

Richarlison has been a mainstay in Everton’s squad in recent years. Highly rated Brazilian was linked with PSG earlier this season. This has not hampered his form as he has scored 5 goals in all competitions this season. Benitez has played Richarlison more inside and upfront than his usual position. Richarlison has the ability to find the net from the tiniest of space and this will be a red warning for Ruben Dias & Co.

He has also assisted his teammates 3 times in PL this season and was their star performer in the first 5 games. Recently experienced a dip in form but, he was fairly good for Brazil in the international break. His moments, runs and decision-making will play a huge part in determining Everton’s success against Manchester City tomorrow.