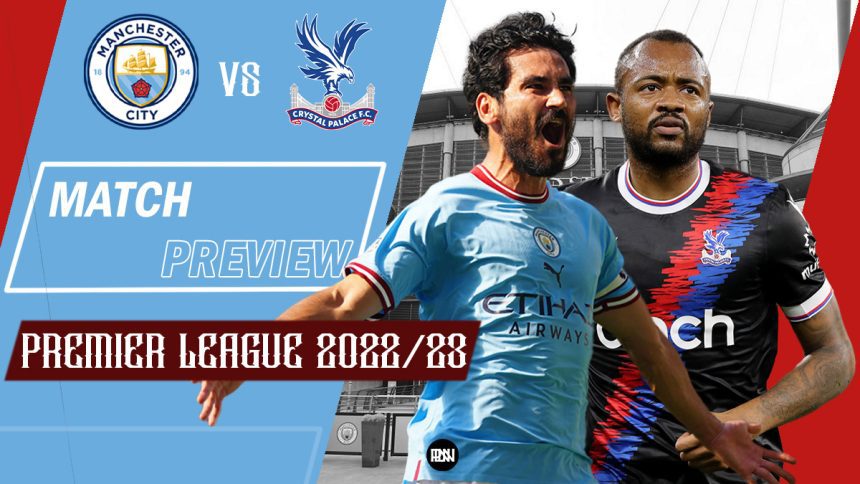 The Premier League table is slowly settling in what already seems like a memorable season. Champions, Manchester City have started the season where they ended with two wins and a draw to their name. This week they face Patrick Vieira’s tricky Crystal Palace side who themselves are enjoying a positive beginning to the campaign.

Pep Guardiola and his side swapped Manchester for Barcelona this week as they faced the Catalans in a friendly on Wednesday. The game ended in a 3-3 draw, a similar score line to the one against Newcastle United just a few days back. Crystal Palace, meanwhile, are an in-form side after back-to-back victories against Aston Villa and Oxford United. The game between these two teams has always provided drama and entertainment in the past, so we can expect a similar clash this time around as well.

The friendly against Barcelona provided an opportunity for Guardiola to use his fringe players, but unfortunately for City Kalvin Philipps suffered a shoulder injury. The former Leeds player made his first start for the club but returned to the bench in the second half. He has suffered injuries to his shoulder previously, so this is not a good sign for the Citizens.

Young defender Luke Mbete had a head injury and was stretched off in the closing stages of the game. Aymeric Laporte will not play against Crystal Palace, although both Nathan Ake, who was forced out of the field against Newcastle United, and Jack Grealish suffering from an ankle strain traveled to Spain and could make a comeback to the bench.

Crystal Palace also played a midweek fixture in the EFL cup. Vieira made nine changes to the starting 11 with Marc Guehi and Odsonne Edouard, the only two starting against Oxford United. James McArthur is out with a groin strain, while defenders James Tomkins and Nathan Ferguson and goalkeeper James Butland will not travel to Manchester due to injuries as well.

Crystal Palace stunned the Etihad last time as they secured an unlikely 2-0 victory. Zaha opened the scoring, while Laporte was sent off around the halftime mark. Chelsea loanee, Connor Gallagher, finished the game with a strike from the edge of the 6-yard-box in what proved to be a memorable day in the club’s history.

Vieira’s impressive ability to be flexible and adapt to the opponent has paid dividends during his tenure. Against Liverpool, he set up in a 5-4-1 formation and targeted their right side with Zaha running in behind. This could likely repeat against City, especially with Allan Saint-Maximin running riot against Kyle Walker on the break last week.

The Eagles could also set up in a compact 4-5-1 system. They could double up on the wingers and narrow the space in midfield. At the same time, they will be aware of the threat Erling Haaland possesses to their back line.

Manchester City, meanwhile, struggled against Newcastle’s high press in the first half. However, Guardiola instructed Cancelo to move wider and City regained control of the game. The Spanish manager will have to once again rely on Walker’s pace to contain Palace’s counterattacks. With that being said, their attack seems to be firing with Haaland already on the scoresheet thrice and causing all kinds of problems to defenders.

Erling Haaland and Kevin De Bruyne have received all the headlines, but Gundogan has so far quietly made his impact. Starting ahead of Bernardo Silva, his all-round game has been put into use by Pep Guardiola in the first three games. He has already scored twice in his typical fashion – finding space in the box and tapping it in past the goalkeeper.

The big Norwegian upfront has grabbed the attention of defenders, so this creates space for the likes of Gundogan and Foden in the box. Furthermore, his linkup play with Haaland has been an essential part of Man City’s pattern this season.

So, we can expect Gundogan to repeat his antics once again. His excellent movement in the box, combined with his understanding of the game, will undoubtedly serve as a problem for Crystal Palace.

Where would Crystal Palace be without their talisman, Wilfried Zaha? The Ivory Coast international has scored crucial goals for the Eagles and continues to do so. Vieira heavily depends on the winger, especially against the top teams, as his trickery and pace can cause havoc to the opponents.

He has already scored 3 goals and has recorded the second highest xG in the league (3.37, only behind Erling Haaland). Although playing against Kyle Walker has been a problem in the past, Vieira might use him upfront this time around. Zaha also has the support from the likes of Eze and Olise to provide the creativity.

Well, the former Manchester United player could once again cause problems to the Manchester City defense. Counter-attacking style unquestionably suits him and this could be an occasion where Zaha could silence the Etihad crowd. 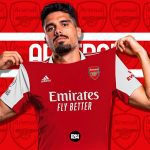 Wolves’ Pedro Neto – The perfect option for Arsenal?
Next Article 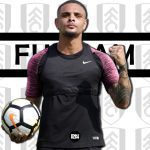 Layvin Kurzawa to Fulham – time to revive his career?
Leave a comment