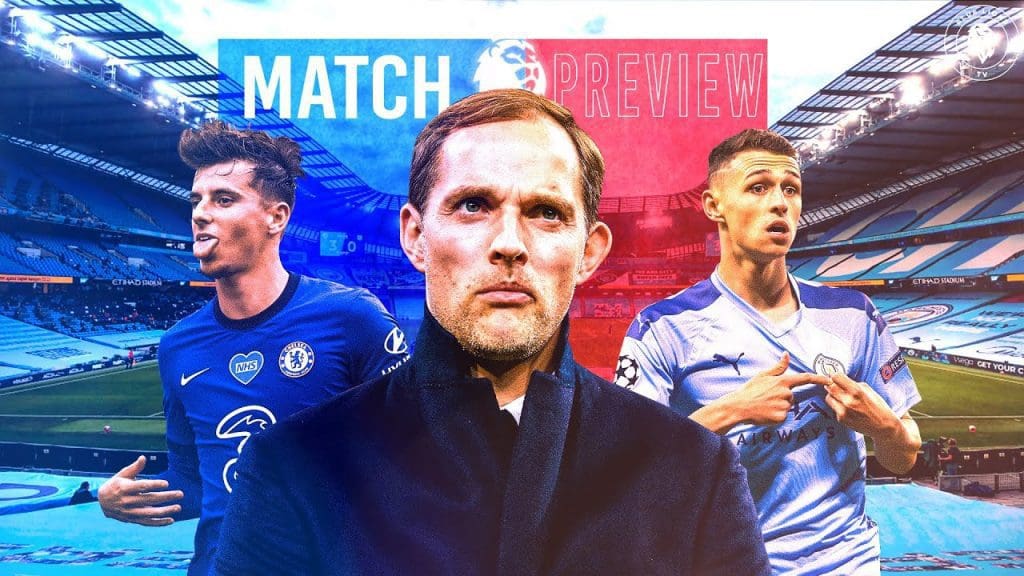 Cue the rehearsal for the Champions League final, Manchester City and Chelsea are set to lock horns this Saturday in the Premier League with the stakes huge for both clubs.

Could Guardiola win the first of two titles with Chelsea as the opponent?

After Manchester City won against Crystal Palace in midweek, they needed United to drop points to seal the title. However, with United’s game being rescheduled, City now have the chance to win the title this weekend against their Champions League final opponents in Chelsea.

Guardiola’s men come into this game on the back of a sensational performance against PSG in midweek as City swept away the men from Paris 4-1 on aggregate. Tactical fouls, clinical play, defensive solidity- Guardiola’s men displayed all the signs of a top European team on Tuesday night, a performance he wanted out of his boys since the day he arrived in July 2016.

Now, however, if he wants to seal the Premier League title, there is no better time than Saturday when City can do so against a team who they will be playing against in one of Europe’s biggest finals in 3 weeks. If City does manage to get a victory, it will be a huge morale boost going into the Champions League, not to mention winning the Premier League for the third time in the last 4 years.

Manchester City have been relentless this season and a lot of this is down to Pep Guardiola. The Spaniard solved his defensive issues from last season and has made City a rock wall at the back thanks to the signing of Ruben Dias and the re-emergence of John Stones into the starting lineup. Going forward, while Aguero’s injury has kept him out for a majority of the season, Raheem Sterling has suffered in the final third of the game this season but credit to Phil Foden, who has made this season his own by his sublime performances, with one of them coming against Chelsea when the two faced each other at the start of the year.

Kevin De Bruyne was incredible in midweek as he has been all season and with the Belgian facing his former employers in Chelsea yet again, he will be an influential player on the pitch.

City’s squad is currently injury-free, and Guardiola could not have asked for anything more. While it is unlikely that Guardiola might start with a recognised center-forward, giving Sergio Aguero a run-in will not be the worst idea as the Argentine is on course to break Wayne Rooney’s record (183) of most goals for a single club, and with Aguero only a goal behind, it would be picturesque of him to break that record by winning City the Premier League title for the 5th time in his career.

Guardiola is hoping that City can seal the Premier League title as soon as possible and doing so against Chelsea on Saturday will just be a bonus, should they manage to do so.

Tuchel likes his chances against Guardiola after the recent FA Cup semi-final win:

Less than 3 weeks ago, Chelsea beat Manchester City in the FA Cup semi-final and stole Guardiola’s opportunity to win 4 titles this season. Now, Tuchel who must be beaming with confidence can delay Manchester City’s Premier League while also deny City the Champions League after Chelsea, like the Citizens reached the final of the competition in midweek.

However, besides personal motives and rivalries, Tuchel’s eye would firmly be on the Premier League table as West Ham closed the gap on the Blues to 3 points on Monday night. With West Ham’s next fixtures relatively easy, Chelsea can afford to drop any points in their next 4 games. This, however, will be a monstrous task as Chelsea, starting Saturday, are set to face Manchester City, Arsenal, Leicester City, and Aston Villa in their last 4 games of the Premier League season, and between all this, Chelsea will also have the FA Cup final on May 15th against Leicester City.

The congestion is extreme and Tuchel will have to use his squad tactfully if he wants to keep everybody fit for the Champions League final in 3 weeks. Players like Callum Hudson-Odoi, Tammy Abraham, and Billy Gilmour will be afforded some opportunities while Kurt Zouma might also become a regular face in the back 3 for the next three weeks as Thiago Silva’s fitness has been an issue throughout the season.

Chelsea were brilliant in midweek as they eliminated Real Madrid, however, the Blues did make hard work of it. Tuchel’s men got chance after chance and they did everything right until they went 1 v1 with the keeper and missed their chances. But luckily for Tuchel, Timo Werner’s first-half header kept Chelsea comfortable for a large part of the game, after which Chelsea finally scored the all-important second goal, thanks to Christian Pulisic’s spot-on assist for Mason Mount. However, the man of the match was Chelsea’s very own gegenpresser in N’Golo who played a key role in both goals while also intercepting everything in midfield.

Tuchel must also be delighted with the fact that Kai Havertz and Timo Werner are growing with confidence by the day as the German duo are now starting to look like the real deal and justifying their big-money moves in the summer.

On the injury front, Chelsea have everybody fit besides their midfield magician in Mateo Kovacic, who has been out with injury since mid-April but might come back into the squad ‘very soon’ according to Thomas Tuchel.

The stakes are high and Thomas Tuchel understands how this game could act as a huge morale booster for the Champions League final, should Chelsea win on Saturday. The stage is set, it is time for a rehearsal and Tuchel is hoping he can nail it.

Antonio Conte to Tottenham Hotspur? Spurs next manager
Liverpool vs Southampton: Do Klopp’s men have any fight left in them?
To Top