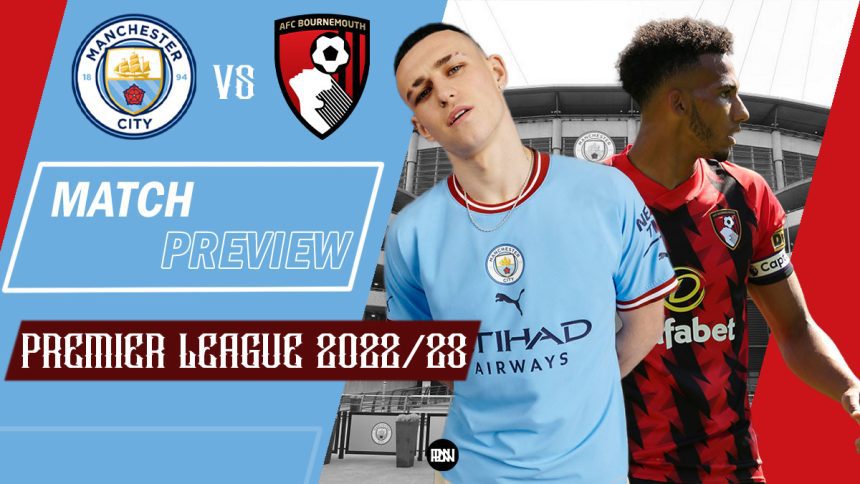 Premier League returned to our screens last week and got the football world invested right away. New signings and managers got the chance to finally taste the sweet n sour nature of the Premier League. Clubs resume their journey this week as the players get back on the pitch on a mission to win the 3 points.

Manchester City kicked off their campaign with an impressive win over West Ham. This game saw Pep Guardiola’s side dominate the game as they hardly gave any room to the London outfit. Star signing Erling Haaland’s brace was enough for the new tactically shuffled Man City side to earn them all the points.

Similarly, on the South of England, AFC Bournemouth beat Aston Villa in their opening game. This win was celebrated all over Vitality Stadium as a positive sign after promotion. But, Scott Parker’s side will have an ultimate test as they prepare to face defending champions and this year’s title contenders Manchester City.

The Etihad outfit have started this season with rather a small squad than usual hence, we may not see many changes for this game. Centre-back duo John Stones and Aymeric Laporte are still recovering from their respective foot injuries and may continue to be the absentees for 2-3 more games.

New signings Kalvin Phillips and Julian Alvarez will aim for a start but, as the things stand they will be restricted to a substitute appearance.

Pep Guardiola may try to go all-out attack for this game as Bournemouth has been known to keep low block against powerful opposition. We could see Bernardo Silva earning his first start of the season replacing Ilkay Gundogan from the lineup.

Pep Guardiola’s faith in Cole Palmer’s abilities will be tested in this game as many Cityzens on social media are praying for his start but, the front line is expected to remain unchanged.

Scott Parker will have to exclude David Brooks, Joseph Rothwell, and Ryan Federicks from his plans as the trio have been ruled out of the upcoming fixture due to injuries and fever.

Bournemouth is expected to field the unchanged lineup as it gave them a strong result against a side who nearly snatched the title away from their opponents last season.

David Mepham will be expected to lead the backline, while in form stopper Mark Travers will hope to save as many shots as possible.

Kiefer Moore will be eager to get on the scoresheet to establish himself as an undisputable striker at Bournemouth.

Pep Guardiola completely changed the approach in the game against West Ham. His new tactics to use both fullbacks in an inverted role and pushing his usual 8s higher up the pitch looks an incredible option to try again for this game. As City’s current set-up looks centrally fluid, it can be exposed against a side that plays with wing backs and inside forwards. So this can be a good test for Pep Guardiola’s new tactics.

Manchester City will attempt to take charge of the game as soon as the whistle blows. Centerbacks will have the responsibility to initiate the attack and pass the ball to Rodri.

As Bournemouth will be playing 3 at the back formation, Pep Guardiola’s main goal will be to push his players high and bring maximum blue shirts inside the opposition’s box. Kevin De Bruyne, Phil Foden, and Joao Cancelo could be tasked with creating direct chances by crossing the ball towards Haaland who will provide much-needed physicality in the attack.

Jack Grealish and Bernardo Silva could play a tricky role here, often acting as Bishops on the field by making fake runs, distracting the markers, and chipping in crosses once in a while.

This newfound role can benefit Grealish’s overall involvement in Manchester City’s build-up as he is an excellent carrier of the ball who can spray passes in the tiniest of spaces. These half-spaces can be utilized by Bernardo Silva to change the tempo quickly even on half-turns and supply through balls to the likes of Haaland and Foden.

It’s an interesting time to be a Manchester City fan because all the above analysis can be nullified if our magician thinks something entirely new to surprise his opponents and …us.

Meanwhile, Scott Parker has implemented one rule in the Bournemouth style of play and that is to keep things simple yet effective.

His tactics to deploy three centre-halves at the back has been effective enough to win them promotion and earn a victory in their opening game.

Ball playing centre-half Mepham acts as a solid player against active pressing and his partners Lerma who is surprisingly good as a centre back and Kelly who acts as an old-school CB is a decent combination to go with.

Zemura, Christie and Moore will be expected to be active on the counters and set pieces as getting the ball passed from the middle is a difficult task against Manchester City.

If Manchester City stays narrow for a longer session, Scott Parker can ask his wing back to keep switching the play and Billings will be asked to offer himself as an extra man to win second balls.

Overall it looks very challenging for Bournemouth to keep Manchester City out of their box but, good resilience and communication can earn them a point.

Who else do you expect? Opposition like Bournemouth is the perfect hunting ground for a striker like Haaland. It’s an accepted opinion that Manchester City are going to dominate the possession and hence, there will be tons of chances for Haaland to score. Open plays, crosses, and set pieces; everything will be directed towards him as against an opposition who puts numbers in their own box, a towering presence like Haaland can fancy his chances to score.

We can expect Haaland to stay central and attract Mepham’s attention and play as a typical target man until he has the ball at his feet. Although he excels when there is enough room ahead to showcase his pace, Haaland is also an excellent finisher in 50-50 scenarios. His left foot is blessed with strength that he can blast those shots in the blink of an eye. This will also test Haaland’s ability to handle the physicality of PL defenders plus dealing with a crowded box where he may not get much room to move with the ball. If Haaland manages to score, the whole Etihad is going to sing his name in celebration.

The Welsh international has settled well in Bournemouth’s first team and has been a regular for Parker’s tenure. Cherries could say, he has replaced Nathan Ake fairly well. Enjoying a stellar performance against Gerrard’s Villa, Cherries will expect Mepham to keep his head in the same zone. His ability to spray the passes from the back despite the press from Villa’s forwards was the main reason why Aston Villa never really got any direct chances. This game is going to be a similar one for the Welshman as just like last game Bournemouth isn’t getting any hold on possession for this time either. City attackers will keep pressing actively to force a mistake but, his instincts to dribble, pass and clear will be key to breaking City’s play.

Also, he will be dealing with Haaland, one of the best strikers in the world. Pundits have already labeled him as an underdog in this battle, but a cool composure and intelligent positioning can help him gain confidence to face any situation against Haaland.

His dedication to winning the ball resembles Nathan Ake and this will be tested against City as any minor mistake inside the box can lead to a penalty. He must be cautious for the entire time on the pitch and must be a strong commander for the team’s defence. 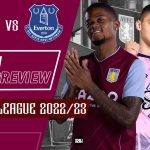 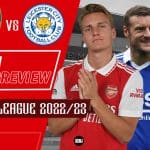