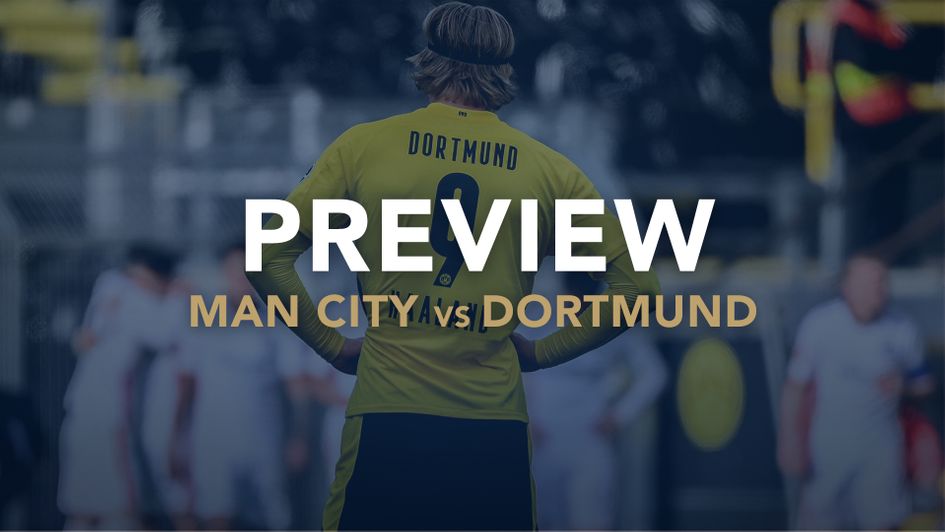 The Champions League quarter-finals are set to be played this week and one of the most anticipated ties is Manchester City vs Borussia Dortmund. The runaway Premier League champions will go head to head against a generational Dortmund side and while this is City’s tie to lose, Pep’s men have failed at this particular stage for 3 years in a row. Moreover, with Erling Haaland set to leave Dortmund in the summer, what better time and place to showcase your talents to one of your most keen suitors.

Blown away by Klopp’s Liverpool; Sunk in the dying minutes on a VAR controversy against Tottenham; Overthinking the Lyon game – while Pep Guardiola can afford most players in the world, what he cannot afford is the backlash from the City hierarchy if they exit this stage for the 4th year in a row.

Pep Guardiola’s mantra this season has been as basic as they come- You can’t lose the game if you do not let the opposition score. A mantra that is going to prove very useful in a tournament set-up. While draws lead you only to 1 point in a League format, a draw means a whole lot more in a tournament set-up. While Guardiola’s side has more than enough firepower to blow away teams and play frantic box-to-box games against the biggest of clubs, Guardiola has cracked a much simpler way out.

He has tightened the City defence, leaving no gaping holes. He trusts his attack to deliver the goals as they have since he arrived in 2016 but the failures of the defence in the past 4 years have eluded City a semi-final spot in the Champions League. Ironically, the last time City reached a Champions League semi-final was Manuel Pellegrini’s last season as City boss in the 2015/16 season, after which Pep Guardiola was appointed.

Pep Guardiola overthinking the bigger games has also played a huge role in City’s shortcomings but Pep, this time round, will use the tactics that have worked for him all season. If this season has taught us anything, it is that Pep learns from his mistakes and he adapts. Nobody might have put Manchester City as frontrunners for this season’s Premier League, but the Citizens are first in the table, and first by a mile.

City also made easy work of their group stage games as they did not lose a single game and racked up 16 points out of a possible 18. While their group featured the likes of Porto, Marseille, and Olympiacos, being so dominant is a feat that should be lauded.

Their round of 16 tie against Borussia Monchengladbach was not all that hard either for Guardiola’s men as they brushed away the German side 4-0 on aggregate. However, a daunting task lies ahead in Borussia Dortmund.

While it is always advantageous to play the first leg away from home, City’s form has not made a bifurcation between locations as they have won on most grounds this season. For Pep, it is that time of the season again and he hopes his fortunes are better this time and that he can finally bring the Champions League to the Ethiad.

DORTMUND’S YOUNG SIDE TO STUN CITY?

Let’s get it clear and in the open- this Dortmund side is not structured to win any league but a tournament format is right up their alley. The talent of this side is immeasurable and their potential is frightening. What is even more intimidating is a 20-year animal that is heading its attack in Erling Haaland.

35 goals in 32 games in all competitions for the season and Haaland looks just as thirsty after every match. Currently, there is nobody more eager to score a goal in Europe than Erling Haaland. This is why Dortmund’s tie against City looks all the more entertaining to the neutral’s eye, who have let the fewest goals in the Premier League this season. For Haaland personally, this could be much an audition more than just a game as City have been touted as one of the most prospective suitors for the Norwegian.

A huge blow to Dortmund would, however, be the loss of Jadon Sancho, ex-Man City academy graduate who would have loved to prove his former employers a fine lesson. However, with the bursting energy of Jude Bellingham, Giovanni Reyna, and Manuel Akanji and the experience of Marco Reus, Mats Hummels, and Thomas Delaney, Dortmund have a side to blow away most teams in Europe.

Dortmund, like City, topped their Champions League group stage with 13 points out of a possible 18 as they had a comparatively tougher group with the likes of Zenit, Club Brugge, and Lazio, all fighting for the top two spots in the group.

It must be noted that this Dortmund side is very vulnerable in the defence and more often than not, they try to outscore the opponents rather than playing with a cautious mindset. It is not in the nature of this Dortmund side to defend and this is evidenced by their position in the Bundesliga as they are 21 points from league leaders, Bayern Munich. Dortmund’s defensive record is the second-worst in the top half of the table and this did not change in their round of 16 tie against Sevilla as Dortmund won 5-4 over the two legs, thanks to their 3 goals in the first leg, away in Seville.

While Dortmund has already appointed the talented Marco Rose as their new head coach for next season, current interim manager Edin Terzic has been a breath of fresh air for this Dortmund and while the results may not have changed, there is a certain mojo in this Dortmund side and with Erling Haaland, Dortmund have every shot of knocking down City’s wall and securing a place in the last 4 of the Champions League.