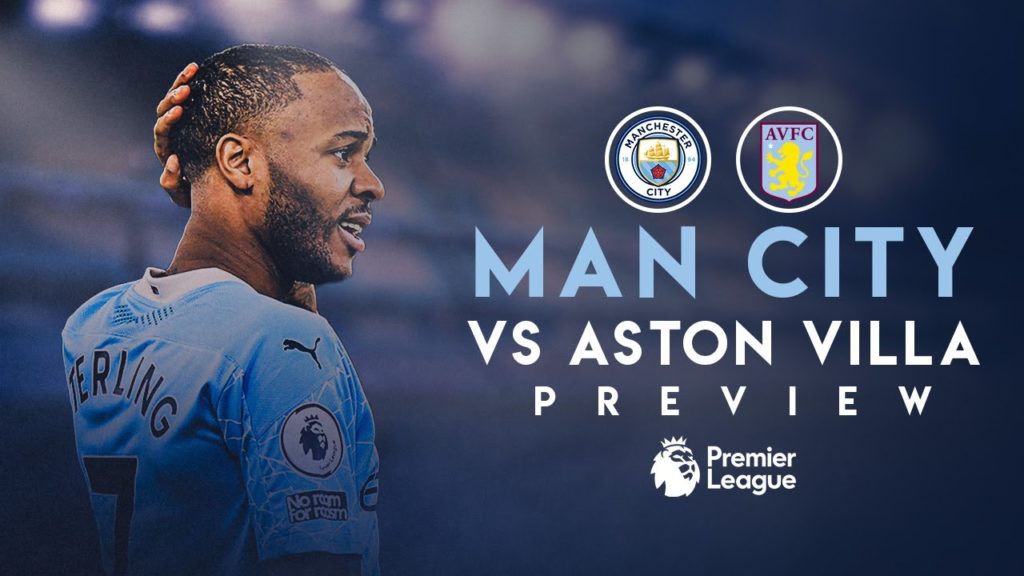 Manchester City have the chance to go to the top of the Premier League table for the first time since August 2020 when they host Aston Villa at the Etihad tonight.

A resurgence in current form has helped Guardiola’s men reestablish themselves as title favorites and have managed to be the team with the least points dropped in the Premier League this season. A win could see them go past Manchester United and Leicester City to reclaim the top spot after almost two years.

Meanwhile, this will be Aston Villa’s first fixture since New Year’s day following a Coronavirus outbreak in the squad which saw them cancel two Premier League fixtures against Spurs and Everton. They have been the second-best team in the league defense-wise and it could be a difficult task for both teams to break the deadlock.

The Citizens will again be without striker Sergio Aguero who will miss out due to being in self-isolation after coming in contact with someone who was covid-positive.

Meanwhile, Nathan Ake, Eric Garcia and Aymeric Laporte could all make their respective returns. However, Pep Guardiola might not risk them and wait for them to get back to full fitness.

Around ten first-team players tested positive for Covid-19 but the extent to which they were affected remains unclear. Out of these ten cases, only Trezeguet remains positive so a return of the remaining negative players could be on the cards. Wesley is out for an indefinite period following a knee injury and hence will miss out. However, a return for Chelsea loanee Ross Barkley seems possible after recovering from a thigh injury.

Are Maitland-Niles & girlfriend Muni expecting a baby?
Will Eriksen’s return to Spurs; Hurt them or Help them?
To Top