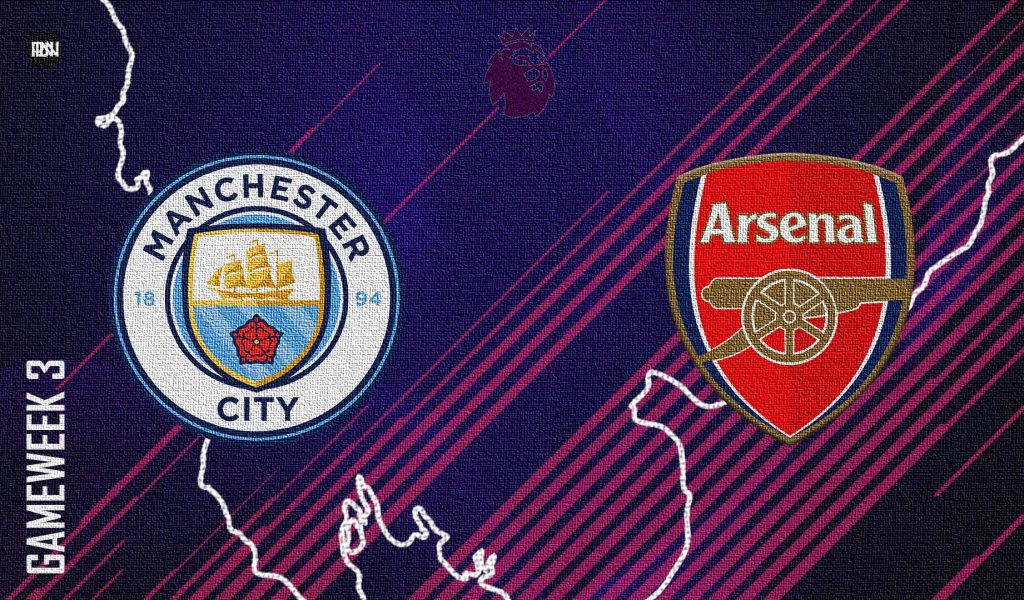 The master and disciple meet again on Saturday. Pep Guardiola’s Manchester City vs Mikel Arteta’s Arsenal will be the first game of Matchweek 3 of the Premier League, but there is a certain level of anxiety on both ends.

In what was supposed to be a fairy tale summer for Pep Guardiola and Manchester City has turned into somewhat of a haphazard and chaotic misfortune for the club. The plan was to sign Jack Grealish and Harry Kane and retain the Premier League title and the Champions League. However, City have now lost the Community Shield final to Leicester City while they also lost to Spurs in their season opener, in a match where Harry Kane did not feature for both sides. There was a glimmer of hope when City smashed Norwich 5-0 last weekend, but the Citizens suffered a huge blow when Harry Kane confirmed mid-week that he would be staying in North London this season. All said and done, right? Perhaps not. In what could be one of the most controversial transfers in Premier League history, the Etihad outfit might just be able to bag Cristiano Ronaldo– a legend from the red half of Manchester.

Although it is still early to talk about it as a ‘done deal’, it would be a frightening affair. However, regardless of anything, they will not have the Portuguese available on Saturday even if he completes a move in the next 24 hours. While Ronaldo might not be available, Guardiola will have a point to prove. The Spaniard has had his abilities questioned this summer, and there is a widespread opinion that he will not be able to win titles without a proper number 9. What better way to answer everybody by whitewashing a side led by his disciple? Man City will be aiming to run over Arsenal on Saturday. They have heard the loud boos and the criticism this summer, and they would love nothing more than proving to the rest of the league that they will do everything in their power to retain what is theirs, and if somebody else wants their hands on the league title, it will be a race to the finish. Jack Grealish will be waiting to show the City fans his brilliance against a top team, while fringe players like Raheem Sterling and Gabriel Jesus will be hoping to prove that the club is fine without a recognised forward. These players, and most importantly their coach, have a point to prove, and they will be bringing their A-game on Saturday to right the wrongs of this summer.

Not too dissimilar from City, Arsenal too, have had a haphazard summer, but the only difference is that they have ended it strongly. Although losing a London derby and the season opener could be highly demotivating, the facts need to be taken into account. This was a fragile Arsenal side going into the summer, and if you remove nearly 8 first-team players out of this team, there are bound to be consequences. However, to Arteta’s credit, he accepted the defeats, accepted that the other teams were better on the day, but he believed that his side will come back stronger.

When nobody believed, he did. His reward was a 6-0 victory against West Brom in the League Cup, but what would have counted the most for him is having the fans cheering him and the team on the day. Pierre Emerick Aubameyang came back and scored a hat-trick while new signing Martin Odegaard also displayed a highly encouraging performance. It does not do too much to boost their hopes of Saturday, but it gives them belief. Until yesterday, the club were yet to score and had only conceded goals. Yesterday, they put 6 in the back of the net without a reply– a huge confidence booster. Aaron Ramsdale showed some part of why the Gunners shelled out over £25million for him, however, the bigger test will be against City, provided he is chosen to start the game. There was an air of negativity after the London derby against Chelsea, and the fans were convinced they did not want Arteta at the job any longer. However, the Spaniard showed what he could do when he has most of his first-team players back and fit to perform for him. The negativity has not disappeared completely, but there is an air of optimism in the dressing room and there is belief. The ‘underdog’ feeling exists within the players, and how big a reception would they get if they manage to topple Guardiola’s men in their own backyard. Arteta showed in his first season at the club that he can tactically best Guardiola; he just needs the men to be fit and the belief to be there. Talk about having a point to prove– Arteta will have a lot to say on Saturday, and he would be hoping his team would do their part on the pitch.

Pep Guardiola has very few injuries to worry about, but unfortunately for him, they are major injuries. Phil Foden will continue to be unavailable until after the international break, while Kevin de Bruyne is also a huge doubt after the midfielder failed to train before the Norwich game last weekend. Although the Belgian could feature, it would only be an off the bench performance. Apart from that, Guardiola will have a fully fit squad to choose from, and while he might start the same team that ran over Norwich, the likes of Mahrez and Sterling could be back into the team after their performances against the Canaries as ‘impact substitutes’.

Unlike City, the Gunners do have a couple of key injuries to worry about. Thomas Partey is yet to come back to training and will be unavailable for the game, as he was for the first two games of the season. Ben White, who tested positive for Covid-19 a couple of hours before the game against Chelsea, will also play no part in the game on Saturday. Gabriel Magalhaes is back in training and a decision off late is expected over his availability. On the bright side, both Aubameyang and Alexandre Lacazette are ready to play, however, Lacazette might play off the bench as he is yet to gain complete match fitness. Martin Odegaard will also be available, and the Norwegian will be raring to start after an impressive mid-week performance. Arteta is expected to make a couple of changes to his line-up from the London derby, as Gabrielle Martinelli and Nicolas Pepe might drop to the bench to provide room for Aubameyang and Odegaard.

Jack Grealish to open up Arsenal?

The £100million Englishman will always have a price tag stuck next to his name, but he would be doing his best on Saturday to prove his worth. If Raheem Sterling and Riyad Mahrez do return to City’s starting line-up, Grealish would be expected to play in the midfield three, a little like how De Bruyne functions, or maybe exactly like that. The soon-to-be 26-year-old has the creativity and dribbling nous to create several chances while he has also has a tendency to come deep to collect the ball. This could mess with Arsenal’s system as they struggled to get a hold of Kai Havertz last weekend as the German would continuously move around and pick the Arsenal players out of position to create space. Grealish can do all that and also provide the telling pass at the end. Manchester City would be holding a lot of possession on Saturday, and it would be down to the 25-year-old to make it count for the Citizens.

Martin Odegaard to knit the Gunners together?

The Norwegian is an incredible talent, and he showed every bit of it against West Brom. Although City are on the opposite end of the spectrum when compared to the Baggies, Odegaard has started his season on a positive note unlike the rest of the players. He is the fresh face that will be driving the optimism in the team and unlike last year, where he was still looking to settle into the team, he is now comfortable and raring to go. He has the ability to thread beautiful through balls while he can also connect the midfield and the attack brilliantly. Odegaard knows how to sit in open spaces between the lines and play quick passes in tight areas. He is confident, intelligent, and has a wand of a left foot– something he would be hoping to put to good use against Guardiola’s City.

Jack Grealish may be the creative hub on Saturday, but the attention will be on the forward, who is supposed to score the goals. The Brazilian was incredible against Norwich, but he did everything but score. Arsenal suffered against Romelu Lukaku last weekend due to his huge presence, and although Jesus cannot provide the same physical presence, he will have to be a menace against the opponents’ centre-backs. City will have the ball for a major part of the time, and while the likes of Grealish, Gundogan, and Mahrez exchange passes, Jesus will have to be at the epicenter to score goals. The Brazilian needs to be more ruthless, and he has a perfect opportunity to do so on Saturday. City have the men to create the goals; Jesus needs to prove to Guardiola that he is capable enough to be the man to put the balls in the back of the net.

This City team is going to press continuously if they lose possession, and if there is one thing Lokonga excelled at during his time at Anderlecht, it is beating the press and playing through it. Although it is a huge ask, the Belgian is certainly talented enough to play the right through balls, shift and change his positions and create the space for Arsenal’s attacking midfielders. Moreover, given that the Gunners might have to chase the ball on Saturday, Lokonga’s stamina and feisty nature in midfield make him a great ball-winner. The Belgian will be key in breaking up Man City’s play and playing through the press. If there was a time to prove your abilities to the fans, it does not get any better than against Pep’s men at the Etihad, somewhere the Gunners have failed to win since Guardiola took over the club.

Liverpool vs Chelsea: Match Preview | Premier League 2021/22
Why using Gabriel Jesus on the right-wing provides a tactical edge for Pep Guardiola
To Top