To the ladies eyeing Riyad Mahrez, you have got to look elsewhere now, you know? The Manchester City star is now engaged to English Model Taylor Ward after proposing with ‘£400k ring’.

Having dated Taylor Ward for 16 months now, the Algeria international reportedly posed the question to his girlfriend during a holiday to Mykonos.

Taylor didn’t mind sharing the information with her followers on social media, posting on her Instagram platform sharing two loved-up snaps up her herself and soon-to-be husband.

Mahrez had previously been in a marriage with Rita Johal, with whom he shares two daughters for six years but the pair parted ways, leading to his relationship with Taylor.

Riyad also responded with a string of love hearts as he told Taylor he loved her too. 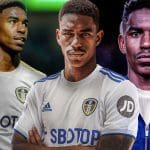 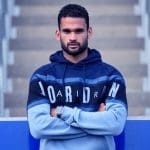