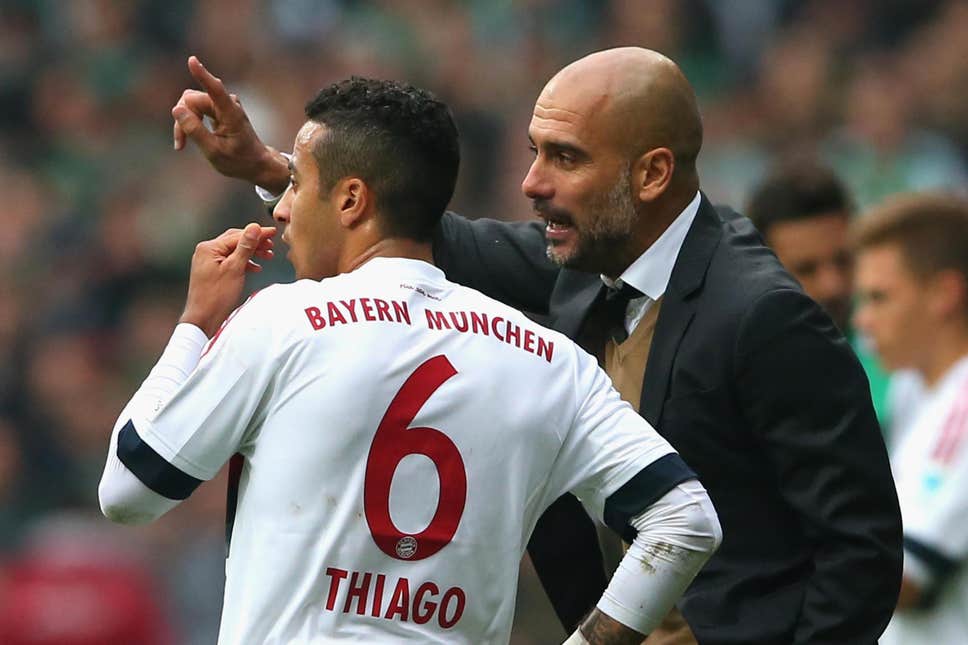 Manchester City are reportedly ready to join Liverpool in the chase for Bayern Munich midfielder Thiago Alcantara in the transfer window.

Thiago has been heavily linked with a move away from the Allianz Arena this summer with Liverpool said to be keen on his signature ahead of the 2020/21 campaign.

The 29-year-old has just a year left on his current deal with the German champions but the club are willing to offload him this summer than lose him for free at the end of the next campaign, following his unwillingness to commit his future to the club.

According to German outlet Bild, Jurgen Klopp’s side now face competition for the signature of the former Barcelona midfield maestro.

Paris Saint-Germain and City are the latest club to join the number of interested clubs looking to poach Thiago while Manchester United have also been mentioned.

The publication adds that the Citizens have outbid the Premier League champions with manager Pep Guardiola determined to add Thiago to his ranks at the Etihad Stadium ahead of the upcoming season.

Since making the move to Germany, Thiago has played a vital role in Bayern’s recent successes despite his reoccurring injury concerns.

Bayern boss Hansi Flick recent confirmed rumours of the player wanting to leave the Bundesliga side for the Premier League this summer.

“I can understand when a player is concerned,” Flick said, as transmitted by the Daily Mirror. “Thiago played in Spain for FC Barcelona and in the Bundesliga for FC Bayern Munich. If he wants to try again in the Premier League now, I totally understand. But it would be a shame because Thiago gives our game that certain something.

“That’s why I would like to have him as a coach on the team for the next few years, but that’s life. It would go on.”

The Spain international has featured in 37 games for German side across all competitions in the current campaign, scoring three times and providing two assists.

He is also likely to be involved when Bayern come up against Barcelona in the quarter-finals of the Champions League on Friday.