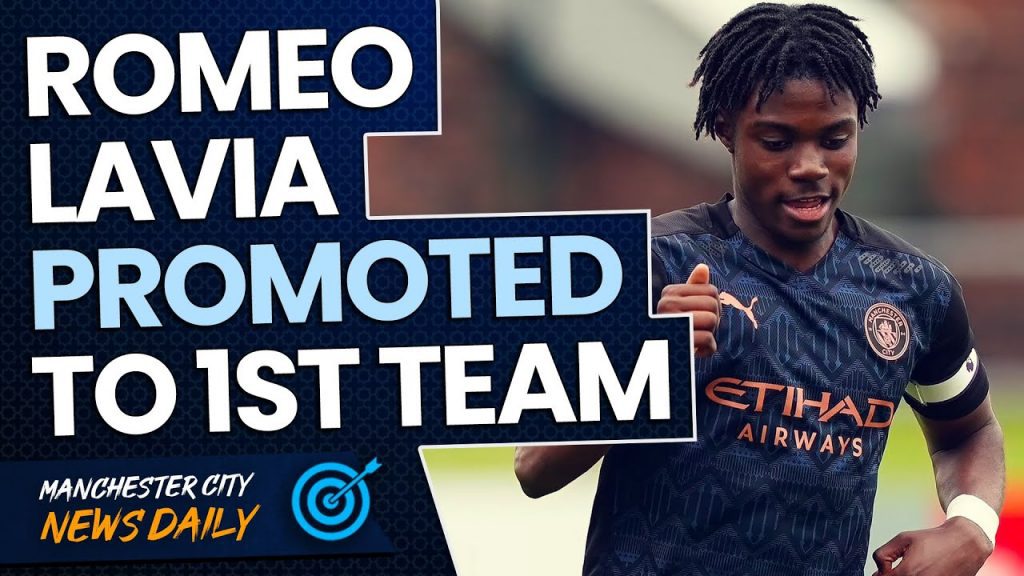 While we wait for a new season to begin, football clubs are working on strengthening their squads with fresh players. Some clubs look to buy players in the transfer window, while some prefer to rely on the club’s youth set-up. Manchester City and Pep Guardiola are busy acquiring their targets and are also looking to promote a bunch of talented players from their EDS. After confirming Cole Palmer’s promotion to the first team, The Telegraph reported that youngster Romeo Lavia is touted to feature for the first team next season.

Primarily a holding midfielder, Romeo Lavia’s awareness, and physical build allow him to comfortably play as a centre-back as well. Idolising his position’s greats Sergio Busquets and Fernandinho, he has the opportunity to learn from the latter as the Brazilian signed a one-year extension few days ago.

When Pep Guardiola decided to get Rodri, he wanted a player who’d eventually replace current Manchester City captain. Fernandinho is 36 and moving closer to the cliff of his career. With Romeo Lavia as his understudy, he can offer a lot more to the club that has given him everything all these years.

Romeo Lavia is just 17, nearly 20 years younger than captain Fernandinho. Both share a lot of similarities among themselves. Lavia, just like Fernandinho is a no-nonsense defensive midfielder who can easily play in a single pivot setup. Hard tackler of the ball, young Belgian can go on to become a reliable shield for Manchester City’s defense in the long-term future. Romeo Lavia is a good passer of the ball, a quality that is necessary to play in Pep Guardiola’s team. If he learns a thing or two about Fernandinho’s ability to break the opposition’s play, he can easily reach his ceiling.

WHAT CAN WE EXPECT FROM ROMEO LAVIA?

Former RSC Anderlecht graduate had a successful first season in Manchester City’s youth set up. Starting games for under-18s and under-23s, he has impressed City bosses.

Promoting him to first-team won’t necessarily mean that he will be featuring in City’s title defense more prominently. For the initial course, this will be an opportunity for him to learn and grow from the world-class players around him.

Lavia could still cap a few appearances in cup games. Manchester City is a side that competes on four fronts. Pep Guardiola will need fresh legs on few occasions, and we could witness Lavia making a late substitute appearance in Premier League and Champions League games.

Fernandinho is aging and Rodri is the only specialist holding midfielder at City. If one of Pep’s first choices gets hit with an injury, Romeo Lavia could take that as an opportunity to establish himself as a first-team regular. It remains unlikely, as he is only seventeen and Pep Guardiola won’t put too much pressure on such a young player this early in his career (unless he sees massive potential).

A slow integration in the playing XI, a similar path followed by current City stalwart Phil Foden could be in the plans for young Belgian as well.

Pep Guardiola has shown more interest in City’s youth side this term that along with several players, City’s under-18 coach Carlos Vicens is promoted to the first-team coaching staff. Manchester City’s project for a long-term spine is well underway and the inclusion of Lavia in the mix indicates that he has high expectations from the City bosses.