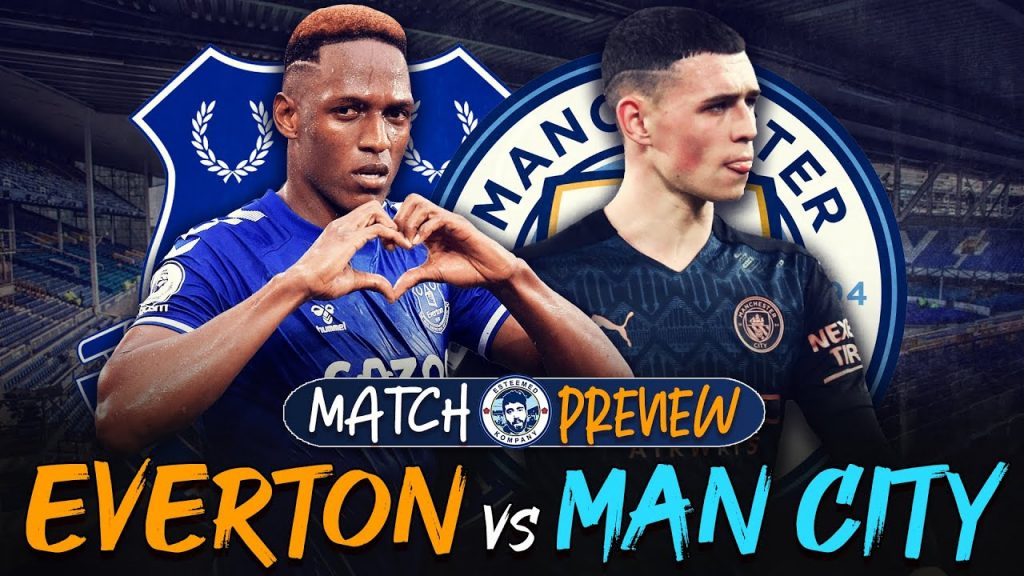 Manchester City inch closer towards another trophy. The Premier League leaders are set to face off against Everton on Saturday for the FA Cup. Man City will travel to Goodison Park, having qualified comfortably into the 1uarter-finals of the competition, beating all their opponents by at least a two-goal margin.

City were in Champions League action in midweek, they polished off Borussia Monchengladbach 2-0 at home this time, having won the first leg of that tie belt the same scoreline. The blue side of Manchester has got its eyes on the price, they are looking relentless and with their wealth of Depth, a squad that can allow them to rotate week in week out, minimizing the risk of fatigue and injury.

The Citizens have had fairly favorable draws in all their cup competitions so far, giving them a real chance of achieving their first-ever treble. The only English club to complete the treble since the inception of the Premier League has been the other side of Manchester, Manchester United.

For now, however, their focus shifts to the FA Cup and to Goodison Park, the Recent results in this fixture are in favour of Manchester City who have won each of their last six meetings against The Toffees, all of which have come in the Premier League.

Pep Guardiola has been reluctant to talk about the end result, wanting the players to stay focused, knowing that any drop in concentration will seriously dent their progress in this competition. If City does manage to go all the way in the FA Cup, it will be their second FA Cup under Pep Guardiola’s reign.

The Spaniard has won 8 major honors with City since his arrival in 2016, winning the Premier League title twice, which they are on course to win this season as well.

It hasn’t been a summer of big spending for Manchester City but it could be a season of Big Trophies.

Nathan Ake’s return from injury means that the Manchester City squad are fully fit, Guardiola has no injury concerns at all for the quarter-final meaning that there is going to be a lot of rotation from their Champions League adventure.

Both Sergio Aguero and Gabriel Jesus only made the bench in the Champions League, Aguero’s experience might be needed on a tricky away fixture so he could be handed a start.

There could also be a change between the sticks with Zack Steffen returning to the starting XI having started all the games in the FA Cup this season.