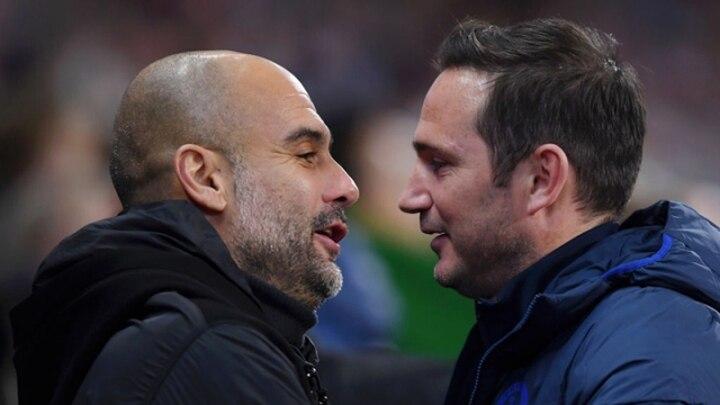 Manchester City and Pep Guardiola taught Frank Lampard and his Chelsea side a footballing lesson last night. While the scoreline showed a 3-1 win for the Cityzens, however, it was rather favouring Chelsea as they were absolutely dominated. The scoreline could have easily been much worse for Chelsea, however, some poor finishing from City let them off the hook. However, while the win might have been registered yesterday, however, City won the match in summer itself.

City and Chelsea both layed out big funds in the summer, however, one team improved while the other seems to have regressed. Frank Lampard had a wonderful start to his Chelsea career as a manager after he delivered a Champion League spot and a FA Cup final berth in his very first season at Stamford Bridge and that too with a transfer ban. However, his side seems to have fallen off the levels set in the last season, while City, on the other hand, struggled last season and failed to put a considerable challenge for the title. But they went into the market, bought players and are now looking for a rejuvenated side. While Chelsea seems lost, lost for ideas, lost for team selection, lost for player positioning.

The difference between the two team’s performance in the transfer market is very simple. Pep Guardiola had a blueprint of exactly what he wanted to do with his squad, Manchester City went out and implemented his vision, while Chelsea went out and bought players that they liked and then asked Frank Lampard to build a vision including these players. While the players that Chelsea brought in are all talented yet they just can’t seem to fit in one team and that’s where the problem lies. While fingers can be pointed at the managers, it’s important to first give them what they actually need.