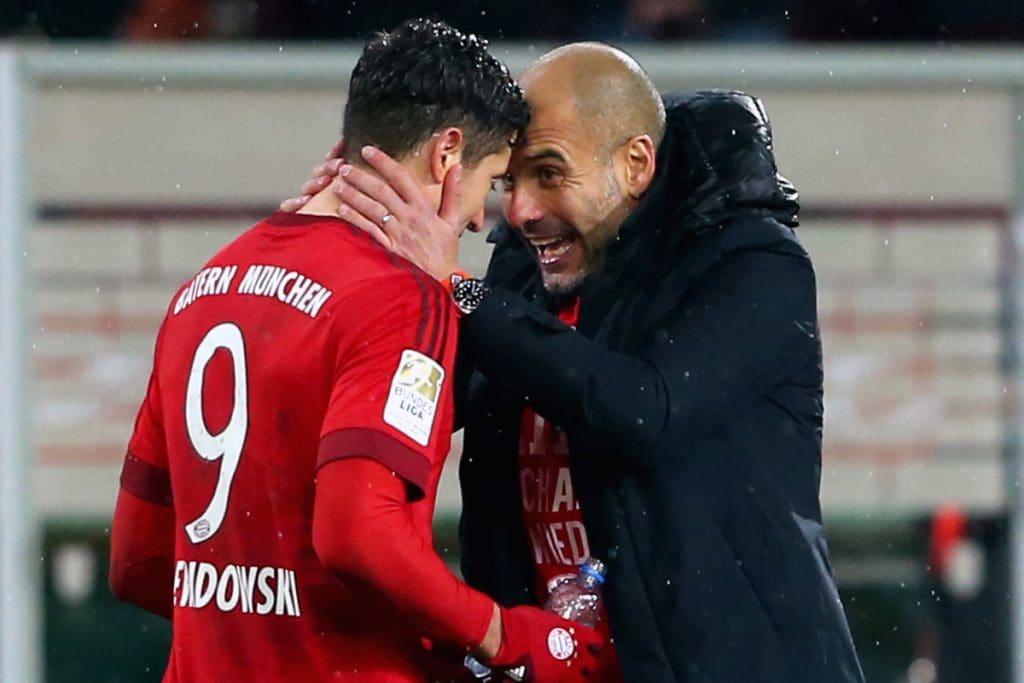 Quite possibly the best out and out centre-forward of the last decade, Robert Lewandowski is mulling over a contract extension at Bayern Munich and this has led to several clubs eyeing a move for the Pole, with Manchester City keen on signing him as it looks like a deal for Harry Kane might not be possible this year.

Lewandowski’s contract is set to expire in June 2023, and given that he will be 34 by then, Bayern are also in two minds about offering the forward an extension. However, they might also want to cash in on him this summer as they could churn out more than £50 million for the player, especially since he broke the Bundesliga record of most goals (41) in a single season last year.

Pep Guardiola has previously worked with Lewa at Bayern, but things are a little different in England. Although Man City have managed to win three Premier League trophies in the last 4 years, it has not been all smooth sailing while they are also yet to clinch the Champions League, something that has eluded them for the longest time. Robert Lewandowski achieved that dream himself a year ago with Bayern, but could he do the same for Man City?

Lewandowski is a different player as compared to past strikers at Man City, especially the club’s top goal-scorer of all time in Sergio Aguero. Tall, fast, and the touch of a maestro, Lewandowski relies on being in the right place at the right time while he is also an exquisite link-up player, whereas Aguero would rely on through balls and make darting runs into the box.

For the past 7 seasons at Bayern Munich, Robert Lewandowski has excelled in becoming a striker of the yesteryear age – clinical and selfish. However, that is how you become the best player in the world– ask Lionel Messi and Cristiano Ronaldo. However, that could be a problem at Guardiola’s City while it could also be a boon for the club. There have been videos to depict how Man City like to pass the ball into the net and they do not have a natural goal-scorer at the club, especially last season when Guardiola benched Aguero and Gabriel Jesus for long periods of the season.

Yet, City managed to win the Premier League comfortably while they also reached the Champions League final and ended up losing the game because of the lack of a proper forward. While most people would point towards the fact that manchester  City lacked a proper central defensive midfielder, think about why Guardiola did that in the first place. It was not because he believed Gundogan could hold his own in that role but because he believed that he would need at least those many technical players on the pitch to unlock Chelsea, and he would need the rest of them to score a goal or two to seal the game.

Lewandowski would solve this problem in no time because he has done it brilliantly for the last decade or so.

Does Lewandowski fit into this Manchester City team?

Although Lewandowski had his best season in terms of goals last season, in terms of performance, most people would agree that he was unplayable in the 2019/20 season (last to last season), when his side won the Champions League by destroying every team in their sights.

This is because he was able to link up with Serge Gnabry, Kingsley Coman, Thomas Muller pretty well while he was also always popping up into the right places. This could precisely be his job at Manchester City next season, should he join them over the summer.

Robert Lewandowski scores the number of goals he does is because he averages nearly 5 shots a game, however, he still manages to provide 1.5 key passes per 90 minutes, which shows his creative side as well. These are not only last season’s numbers, but he has done so for the last five years, and it is a surprise how the Pole has not won the Ballon d’Or yet.

At City, Lewandowski could fit in seamlessly alongside players like Riyad Mahrez and Kevin de Bruyne, but here’s the thing, he could also hamper Phil Foden’s progress at the club. While this may seem like a stupid opinion, one needs to understand how this current City team functions and the role Foden plays in it. The Englishman is not the best creator in the world, but he has a brilliant way of coming into the games by being the furthest man forward during attacks or even making late runs into the box. He is a winger by nature, but an inside winger, to be precise.

While a lot of people might compare him with Gnabry and say that they play the same role, that is not the case as there are many times when Gnabry prefers staying out wide and then dribbling into the box.  Foden is a mix between a player like Gnabry and Muller, and this could be a problem for a player like Lewandowski, who wants the penalty box to himself. Guardiola can only have so many forwards playing for his team as he understands that at least 10 players need to defend if not 11.

So, does Lewandowski fit into this City side? Yes. Will it bode well for everybody? Perhaps not, but there could be several formations to work through this while Guardiola could also play Foden like he used David Silva in the midfield three in his first three years at City.

There are several solutions but also several issues to this signing, while this would also be a short-term plan for the club. However, the need for a Champions League is urgent, and if City want it that bad, signing Lewandowski will only better those chances, if not confirm their first UCL trophy since the competitions’ inception nearly 30 years ago. 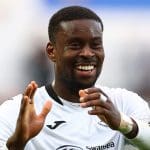 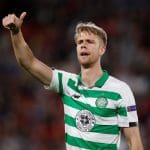