Footy Headlines have leaked the Puma Manchester City home kit for the 2021/22 campaign after images of Phil Foden popped up on social media.

The yet to be released Man City home kit for next season was spotted on sale sale in an Australian store.

Despite recent rumours of Etihad Airways’ agreement with the Premier League giants set to expire this summer, the leaked images of the jersey still has the airline as their sponsor.

The Puma Manchester City home jersey for the 2021/22 has a mixture of sky blue base with white trim in the form of panels on the sides as well as the logos.

To mark Sergio Aguero’s famous late cracker against Queen’s Park Rangers in 2012 which saw the club lift their first league for the first time in 44 years, the inside collar shows 93:20 – the exact time for the Argentine’s strike. The kit will also pay tribute to Aguero’s jersey number by having the 10′ part of the 20 inverted.

Manchester City home shirt for City made by Puma also takes its inspiration from the classy Umbro shirts that were worn during that time while this will be the first time since the 2010/11 campaign shirt that the brand and sponsor logos on the front are white.

Man City home kit will also have a subtle all-over pattern, inspired by the scoreboard font style of the collar graphic, that covers the front and sleeves of the supposed Man City 20-21 fourth kit.

City shirt will be completed by blue shorts and socks based on Puma’s new template. 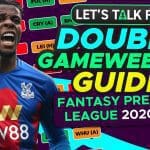 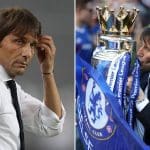