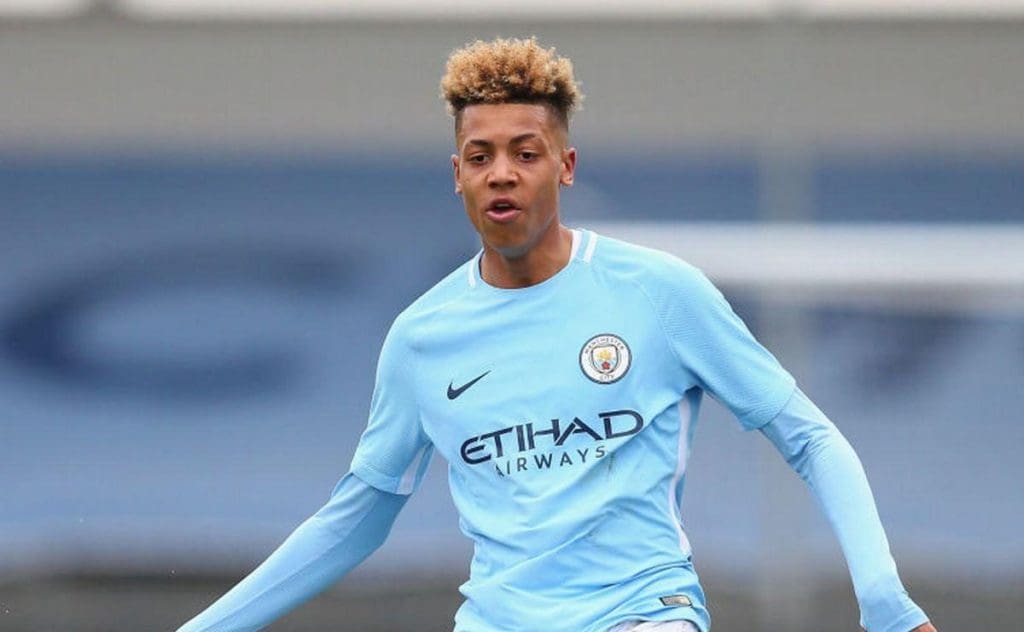 Manchester City youngster Felix Nmecha had an impressive year with the Citizens Under-23s during 2018/2019 season, which paved a way for an opportunity with the first team on 2019 tour, only to be let down by an unfortunate serious injury which hampered his chance.

He spent most of last season on the sidelines, steadily making progressive recovery and building himself back to full fitness. He has already returned to the Under-23s since February 2020, making his first game involvement in nine months.

With his return to active football, he’s expected to make the trip along with the first team on the next tour after missing on the previous opportunity.

Getting back to fitness, Nmecha’s attitude, commitment, determination and undoubted ability has seen him being rewarded with more opportunity to train with the first team.

Though an opportunity in the first team might not be as easy as the teenager could hope for, due to enormous competitions in the creative midfield position, as Phil Foden has found (being the closest academy graduate in the first team), but Nmecha would count himself lucky to have been given the rare opportunity to blend himself with the first team, under watchful eyes of Pep Guardiola.

WHO IS FELIX NMECHA?

Felix Nmecha was born in Hamburg, Germany. He has a Nigerian father and German mother but grew up in England. Due to his place of birth and his family’s motherland, Nmecha is eligible to represent England, Germany and Nigeria.

Moving to England as a child along with his elder brother Lukas, he joined City’s developmental youth setup at the age of nine.

Nmecha has developed through City’s youth ranks before being promoted to the Under-23 team at the age of 18.

He has earned some international caps for Germany at Under-18 level coupled with other opportunities with England Under-16, Under-18 and Under-19.

Upon all his international experiences, he’s not provisionally cap-tied to any of the European nations as the games he had been involved in were just international friendlies.

As a commanding midfielder, Nmecha excels mostly in free roaming midfield position, where he has been able to make impressive contributions and record an impressive goal tally which sets him apart as an attacking midfielder with penchant for goal scoring.

While he was with the Under-18, he contributed to 19 goals from 30 appearances in the UEFA Youth League, Under-18 Premier League and Premier League 2 during 2018/2019 season.

Though he can play in variety of roles but his goal scoring output has shown that he’s more potent as an attacking midfielder than other midfield position.

His natural leadership ability has seen him captained Manchester City Under-23 in UEFA Youth League.

Nmecha is a physical midfielder, with pace and ability to ghost past defenders. With high technical ability, he is capable of scoring from any area across the box and could as well hit a long range shot.

In 2018, his elder brother Lukas, in his Lancashire Evening Post column, revealed their nonexistence of rivalry despite been on the books of Manchester City.

“People ask if there is a bit of brotherly rivalry between us but there isn’t really. We get on well and want to see one another do as well as possible. Felix is just under two years younger than me so we are not too far apart in our development as players.”

With the emergence of Eric Garcia and Phil Foden in the first team, Felix Nmecha would be hoping he can also have the opportunity to impress the City’s manager Pep Guardiola and turn his career around by featuring more in the manager’s plan towards next season.