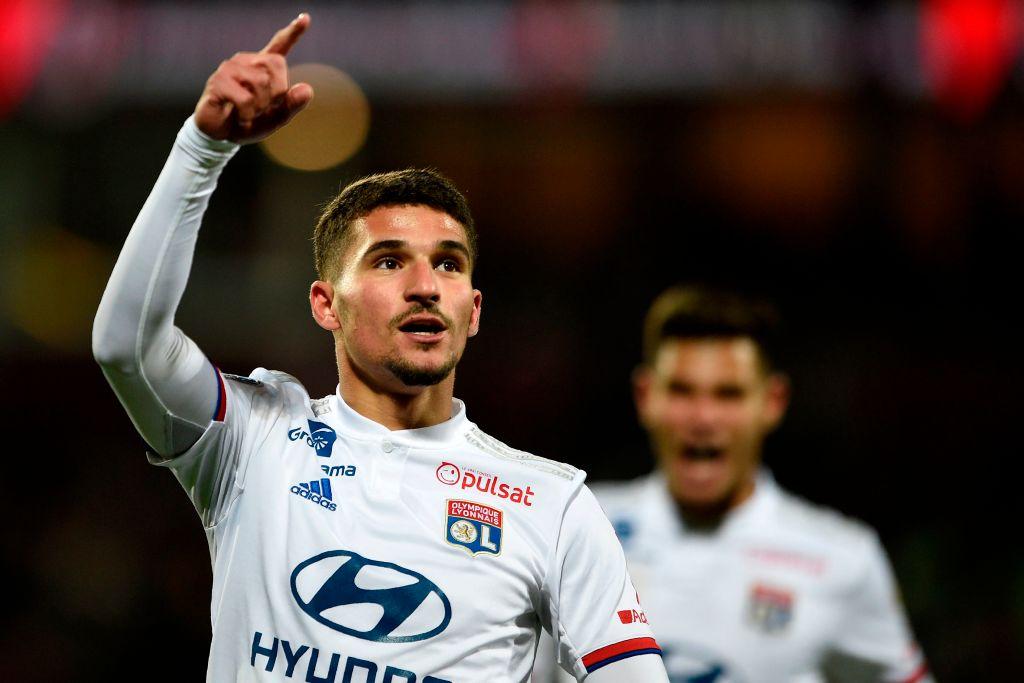 Several Manchester City fans have taken to social media as they reacted to Houssem Aouar dropping a reported transfer hint on Instagram.

Manchester City are heavily interested in signing young French midfielder Houssem Aouar in the upcoming summer transfer window. According to several reports, Lyon want to offload the youngster to a suitable buyer and City & Juventus are the front-runners to get his signature. But Houssem Aouar has dropped a hint on social media as he shared a picture of him travelling in a private jet. His destination is not yet known with fans coming to different conclusions.

Let’s check out the parameters before a possible transfer:

All these checks have made several Manchester City fans go mad over a possible transfer to Etihad. Aouar wore a t-shirt, which was compared with the symbol of the city of Manchester – the worker bee. The same incident happened with Benjamin Mendy, who’s also a Frenchman, wearing a backpack with a bee design on the rear side. Well, the lack of football has led to fans believing in silly transfer hints but you can never be sure.

Houssem Aouar in 2020 has a bee on his shirt – you know the rest… https://t.co/WXlxGsmGKO pic.twitter.com/WNtTMlFItM

While some fans noticed the ‘worker bee’, some came to their conclusion just by the background which reveals that the 21-year-old Frenchman was travelling in a private jet. Aouar has been at Lyon for more than a decade and broke into their first-team in 2017. He has made 133 appearances for Les Gones in the past three seasons, scoring 24 goals in the process.