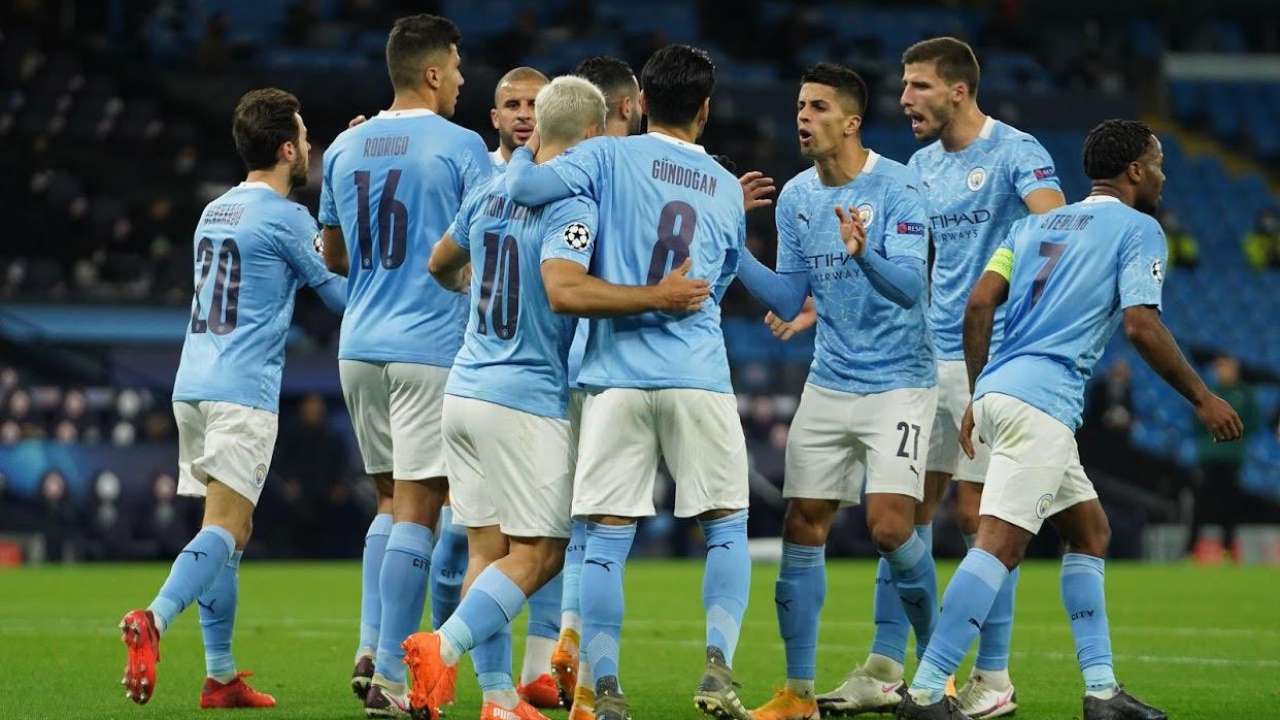 Manchester City are struggling for some form at the moment, and while they have excelled in their Champions League group winning 3 out of 3 games so far, in the Premier League their form has not quite been what it once was. Tipped to be title contenders at the start of the season, even before a ball was kicked, City have slowed down rapidly, their home form has been really poor and they sit 14th for points won at home, Below Newcastle United and Leeds United. Their loss to Tottenham Hotspur last Saturday meant that Manchester City have only won 3 of their opening 8 games this season. Pep Guardiola’s worst ever start to a League season.

Just 10 goals scored and 11 conceded does not make for good reading, if the Citizens were to be scoring at this rate, they will have just 48 goals come the end of the season, an incredible downgrade from the 102 goals that they scored last season. The Noisy neighbors have suddenly gone quiet and mounting a Title Challenge from 13th spot in the league is looking highly unlikely.

So, what has gone wrong for Manchester City just one season on from scoring over a Hundred goals?

City started the season with both their strikers out injured, Sergio Aguero and Gabriel Jesus were both injured for most of the games at the start of the season, with Jesus only making an appearance in 3 games so far this season.

Aguero has been similarly unlucky with him able to feature in only 2 games this season, having to limp off at half time against West Ham and he hasn’t started a game since. The Argentine striker has had problems with injury, but in the games that he did start he has looked sluggish this season.

Bernardo Silva was also absent for the first two games of the season and hasn’t been on the levels of performance that he was putting out last campaign.

City would have to work on getting both their strikers back to full fitness if they are to start scoring goals like they used to. Jesus has been their top scorer this season, with 2 goals in the Premier League but that number needs to rise if City want to come anywhere close to their dominant displays of the previous seasons under Pep Guardiola.

Kevin De Bruyne looks like a shell of his former self this season, and although De Bruyne already has 4 goal contributions this season, it is still a drop off from the 2 goals and 8 assists he had at this point last season. His performances on the pitch have been sluggish. He struggled to get into the game against Tottenham & Liverpool, a game where he missed a Penalty which could’ve won Manchester City the game. His Shot accuracy has dropped to 40% this season, with only 4% of his Shots being successful. While He is completing 78% of his passes this season compared to 82% last year.

De Bruyne has been unable to hit top form this season, looking sluggish at times, with his final passes not finding the intended target they used to.

The Belgian has struggled with injury too this season, and that might explain a part of why he has been underperforming. Another reason that the Belgian has had a bad start to the season is because he doesn’t have some of the key players around him that he had last season.

The Citizens lost some Key players in the Summer most notably the departures of David Silva and Leroy Sane have left a huge gap in the squad that City have been unable to fill.

The addition of 20-year-old Ferran Torres from Spanish side Valencia has certainly helped ease the pain of losing Leroy Sane, but the Spaniard has yet to put up the same numbers as Leroy Sane. And while Torres has been in form in the Champions League, and for Spain he has been unable to replicate those performances in the Premier League.

Club Legend David Silva has also left in the summer, but City failed to bring in anyone to replace David Silva instead relying on youngster Phil Foden to fill in the void, and while Foden has had some incredible moments this season, the lack of consistency has meant that the England international has not started as many games as people hoped he would.

Riyad Mahrez being the only experienced winger in the side has really affected the teams performances, and City haven’t been able to ‘unlock’ teams that set up in a low block. Against Tottenham the Mahrez looked devoid of ideas and the entire City squad seemingly wanted to walk the ball into the back of the net, and that is where the experience of someone like David Silva or Sane would’ve helped open up Tottenham a bit more, or create a bit of individual brilliance to change the game.

Developing two youngsters may be a really solid plan for City going forward, but not bringing in someone with experience has meant that City will not be able to challenge for the top spot this season. We could see City reap the rewards for investing in youth and putting their faith in two 20-year-old players with immense potential, but for now it is difficult for players that are still developing to be able to replicate the same numbers of their predecessors.

Is Harry Kane ‘The Best Striker’ In The World Again?
Chelsea Injury news ahead of Rennes game | Champions League 2020/21
To Top