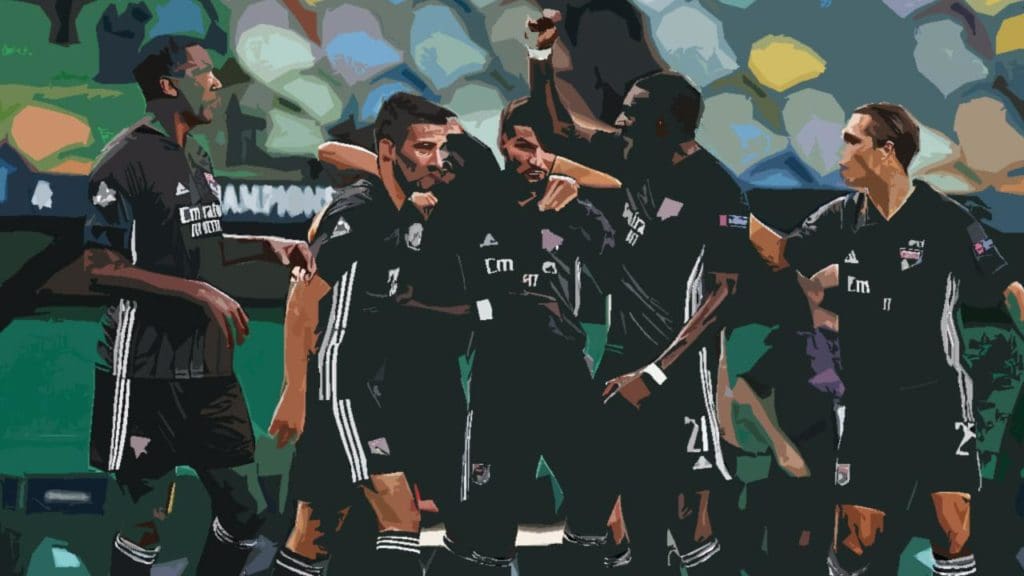 Manchester City’s quest to win their first Champions League was ended on Saturday following their loss to Olympique Lyon in the quarter finals.

City looked the favourites to advance into the next stage having eliminated Real Madrid in the previous round to set up a clash with the Ligue 1 side.

However, a couple of defensive errors and missed chances saw the Premier League bow out of the competition after losing 3-1 over the weekend.

Kevin De Bruyne’s goal to cancel out Maxwell Cornet’s opener was not enough for the Citizens as Lyon took advantage of missed opportunities from Gabriel Jesus and Raheem Sterling to add two more goals as the worsened City’s miseries.

Cornet struck a low effort in the 24th minute past Ederson in goal for the City to put the French side ahead after Toko Ekambi had fumbled with an earlier effort.

Despite attempts to break into the Lyon penalty area, Pep Guardiola’s side were unable to beat Anthony Lopes who had a good game in goal for Rudi Garcia’s side – with the game ending 1-0 going into the half-time break.

After the recess, Guardiola introduced Riyad Mahrez into the game after 56 minutes, coming on for Fernandinho as City continued their quest for an equaliser.

De Bruyne levelled the score for the English team after slotted home a cut-back into his path by Sterling. His goal gave City the needed nerve as they piled more pressure on Lyon.

However, it was the away team on the night’s turn to take advantage of poor finishes from the Manchester outfit.

First, Jesus volleyed his effort over the crossbar after being fed by Sterling in the box. And Garcia’s side took utilised their moments later through substitute Moussa Dembele – coming on to score after just four minutes on the field of play.

Sterling also missed a glorious opportunity to get City back into the game, skying his strike into the stands in front of an empty goalpost.

Dembele put the game to bed with three minutes to goal as he pounced on Ederson’s failure to get hold of Houssem Aourar’s shot from outside the penalty box to end the game 3-1.

The defeat means that the Citizens have failed to advance to the semi-finals for yet another time since last doing so in 2016, while Lyon make a last four appearance for the first time since the 2009/10 campaign.