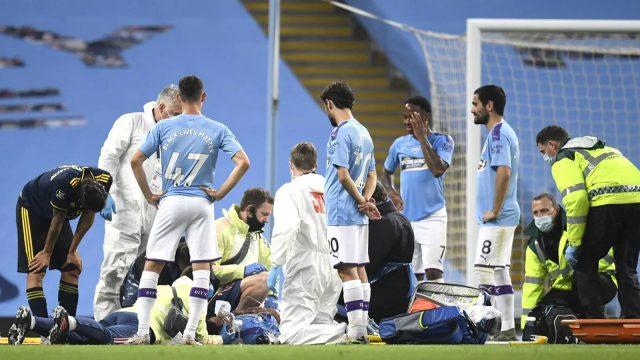 Manchester City goalkeeper Ederson has revealed Eric Garcia is “well and back” after the pair collided on in the second half of their win over Arsenal.

While trying to punch away the ball around the 80th minute mark, the Brazil international flew into the youngster, which saw the defender eventually stretchered off the pitch after receiving treatment for a long time.

Guardiola made the admission he was concerned about the centre-back as he was taken to the hospital, but the image posted on Ederson’s Instagram story shows the Spaniard is okay now. 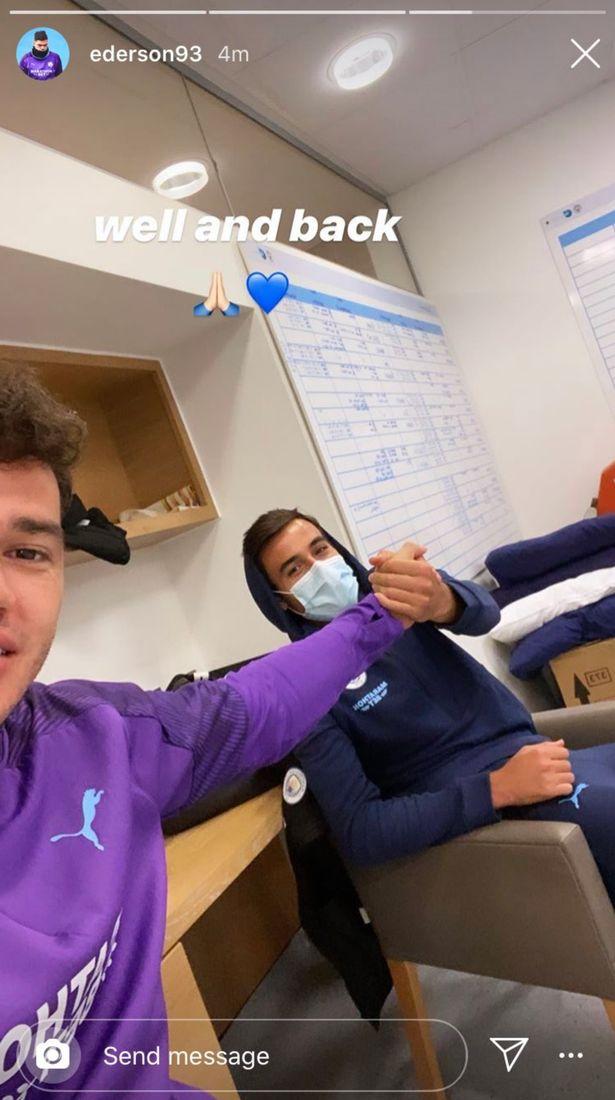 Aymeric Laporte also tweeted: “u guys been asking me a lot about Eric : he’s OK fam. he just needs a couple days to rest but he will be fine soon enough.”

u guys been asking me a lot about Eric : he’s OK fam 😁👌 he just needs a couple days to rest but he will be fine soon enough 💙 @ericgm3

Pep Guardiola was full of praise for the Spaniard in the Citizens win against Arsenal, which saw Raheem Sterling, Kevin De Bruyne and Phil Foden all scoring.

“Eric came back incredibly well,” he told the club website. “He is so intelligent to guide the line. It was not easy to play against (Pierre-Emerick) Aubameyang. He is training really well and we tried to work with (coaches) Juanma (Lillo) and Rodolfo (Borrell) in this period.

“He understands perfectly well. This season, especially in the winter time, he always played good. He doesn’t make mistakes. He is always focused.

“In this game, we knew we were playing dynamic players. He understands the position and the movement.

“Against Burnley, for example, they play more long balls and we might need another kind of player.

“For this game, we thought he was the right guy to play alongside Laporte and they played really good.”