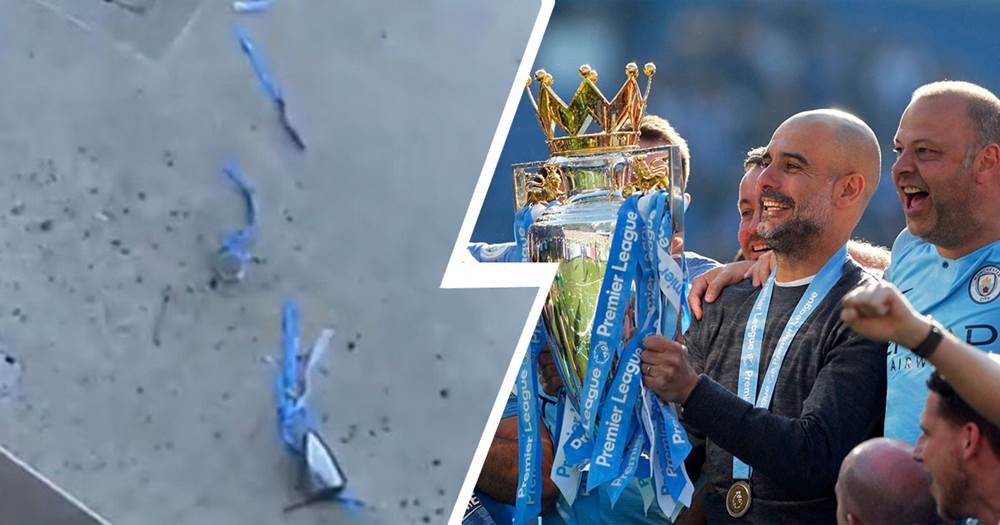 Lies are spread more faster than the truth. So did it happen with the rumors on trophy smashed down from the two-story building but later were proved false by the Manchester City officials.

A fake video went viral on social media , depicting Sergio Augero and Kevin De Bruyne looking eath other, stunned, by the fall of prestigious Premier League trophy from the balcony of the building.

The prank was played by the City TV themselves, to revive the last year incident of Oleksandr Zinchenko , who did drop the trophy and therefore Manchester City members were just unsettling the surroundings and to cause alarm for everyone. Hence, they could mock around and celebratre the victorious season in a more hilarious way.

Manchester City registered their name with golden letters by becoming the sole team to have won the domestic treble in one season. After thrashing away Watford for 6-0 in the final match, Manchester in the Blues saw victory in FA Cup and had already clinched Premier League and Carabao Cup.

The incident of dropping trophy has happened really in bygone by veteran Sergio Ramos during parade , as he mistakenly dropped the trophy under the wheel of bus, celebrating the victory of Copa del Rey.

A look from the Premier League stands alongside
Liverpool unveil their new away jersey!
To Top