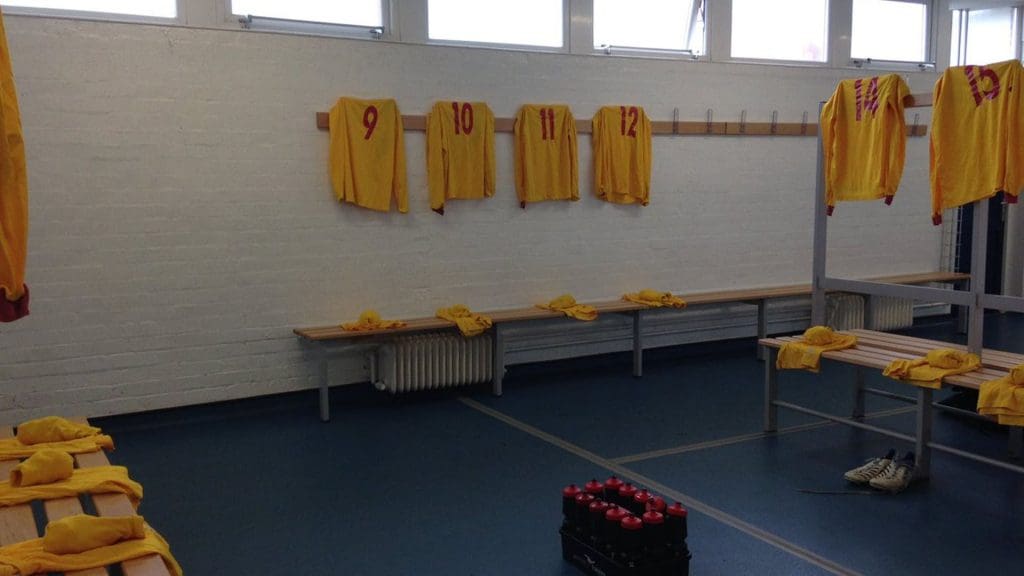 Manchester City are to take Cheltenham Town in this Saturday’s FA Cup clash. The Blues of Manchester will be traveling to Whaddon Road to face this League 2 side in their fourth-round draw.

However, the thing to get noticed is the place where the players will get changed. The away dressing room at Johnny-Rocks Stadium is so small that it would not be able to accommodate the whole of Manchester City because of current Coronavirus protocols. The visitors will therefore get dressed in Cheltenham’s club bar.

#ManCity will be getting changed in the club bar at Whaddon Road on Saturday for their #FACup tie against Cheltenham Town. pic.twitter.com/mb4e8DzWjd

Cheltenham Town boss Michael Duff has confirmed that he would make all necessary preparations to welcome Premier League heroes in his temporarily re-purposed bar. When asked about what Manchester City would think of the reception and the stadium, Duff said :

“I don’t know to be honest, probably not a lot with the stadiums they play in every week.”

“They will be getting changed in a lounge, as in, a bar, but we’ll make it as hospitable as we can, they’ll like the pitch as it isn’t a League Two pitch so to speak. You aren’t going to get a Ronnie Radford scene where it’s like a ploughed field. “

“They will be able to play their football on it and we won’t be training on it for the next three days trying to make it as bad as possible because there is a league campaign after this and we do pride ourselves on playing good football, so we are not going to ruin the pitch for this one occasion. Hopefully we can give them everything they need to make it a good day for them.”

“I don’t think there is anything special for them, but all the protocols are in place. I’d imagine they’ll be in the same place as everyone else has, but with a few more staff than League Two teams.”

Duff also added that Cheltenham are nervous yet excited to be playing against a top club like Manchester City. It is to get opportunities like these that League two teams participate in FA Cup.

“It’s why you play in the FA Cup games, it’s why you talk about getting to the third round or beyond to try and get a plum tie and it’s absolutely what we’ve got. There will be a little bit of trepidation because they’re not bad! It’ll be a nervous excitement among the players,” he said.

“A total free hit, the players will all get a bit of kudos in terms of the next couple of days, which will be nice for them, a little bit of attention. The biggest free hit in history and then move on.”

“I think they are a few more than three levels higher than us, even if the leagues tell you that! We’ll do everything we can and we are not going to try and ‘out football’ them, quite clearly. You just have to give a really good account of ourselves and you never know what might happen. It is the FA Cup. We have a long throw, we have people good in the air in terms of set plays, but the key is can you get a throw in their half to start with? We’ll do our work, do everything we can to make it as difficult as possible and you never know.”

Michael Duff does know and understand that his team does not stand a chance against Manchester City but is pretty enthused to be facing the opportunity. He also seeks to meet Pep Guardiola after the game as he hopes to learn as much as possible in as little time that he gets to chat.