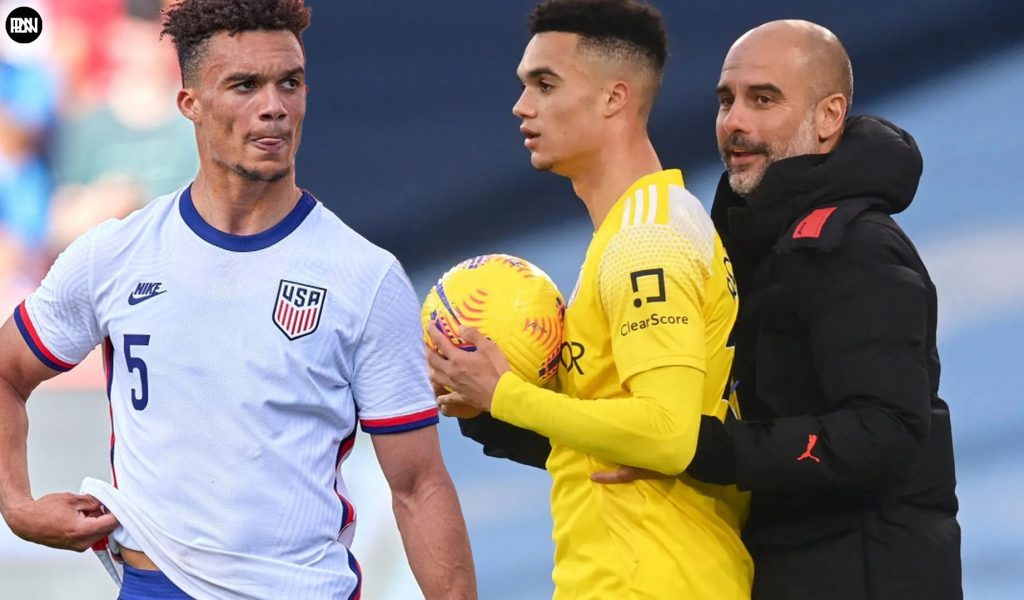 Manchester City has started to make moves in the transfer market, and as every season since 2017, they are back in lookout for a left-back. Benjamin Mendy’s inconsistency and fitness issues have forced Pep Guardiola to enter the transfer market in search of a left back. Previously being linked to high profile names like Hernandes, Tagliafico and Mendes a surprising name in Antonee Robinson has been indicated as the potential defensive reinforcement for Manchester City’s title defence.

Antonee Robinson, 23 is an American international who plays for Fulham at the club level. He along with his club had to face relegation and thus Fulham will have to manage some accounts and could have to sell their first team players before the new season begins. Last season Robinson appeared in 28 league games starting 25 of them. His current manager Scott Parker rates him highly and hence signed him from Wigan as soon as the Potters were promoted. Former Everton graduate has had his stints at Bolton and Wigan before he signed for Fulham.

Manchester City could face a tussle between them and another PL club Wolves. Midland club has always liked the American but, never made an attempt to sign him. This season, Wolves are under new leadership and their manager Bruno Lage is said to rival Manchester City for the fullback’s signature.

If his move to Etihad materializes, Manchester City’s current fullback Benjamin Mendy could be shown door. His only competition for the starting spot will be Oleksandr Zinchenko. Signing with Manchester City may give him an opportunity to play soccer on elite level but, Wolves are making sure in their attempt that he could be a starting name in Molineux Stadium outfit.

Irrespective of his decision regarding future club, his former club Wigan Athletic would be happy to earn the cut (sell on fees) from the £10 million transfer fee Fulham will be receiving.

Crystal Palace are eyeing a move for 22-year-old Gunner Eddie Nketiah with Patrick Vieira keen on signing the player
Kieran Trippier is keen on securing a move to Old Trafford this summer – Would he be a good signing?
To Top