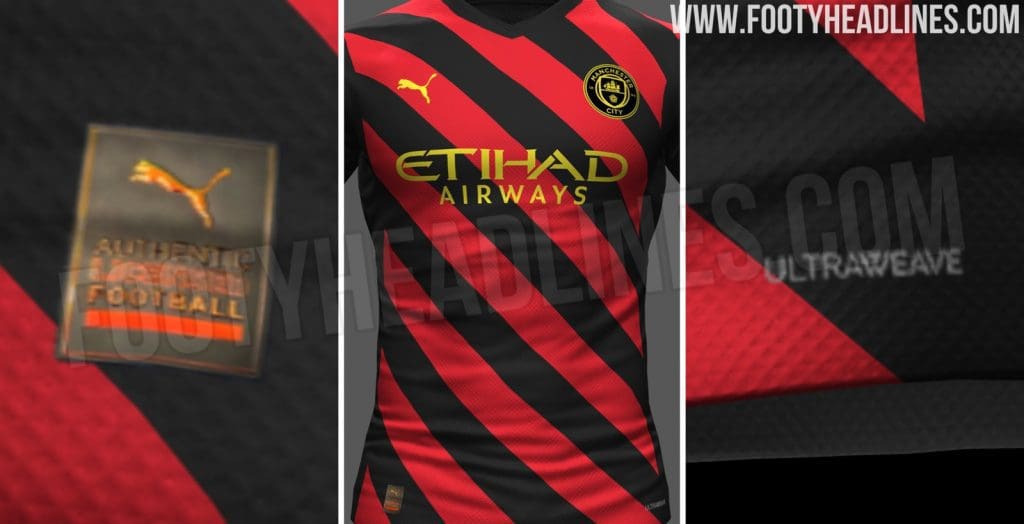 While the champions of England Manchester City are having a great season this year as they lead the Premier League table and are halfway through the final of the UEFA Champions League, the men in Blues is getting ready for the next season already. Pictures of 2022/23 Manchester City away kit have been leaked following a model photoshoot and we got to admit, this club knows style.

PUMA’s new partnership with Manchester City saw creating a great Home Kit design this season which celebrated the 10th anniversary of their first Premier League title also gave tribute to their legend Sergio Aguero by printing 93:20 on the sleeve. PUMA is back again with a great design which will bring many memories back. 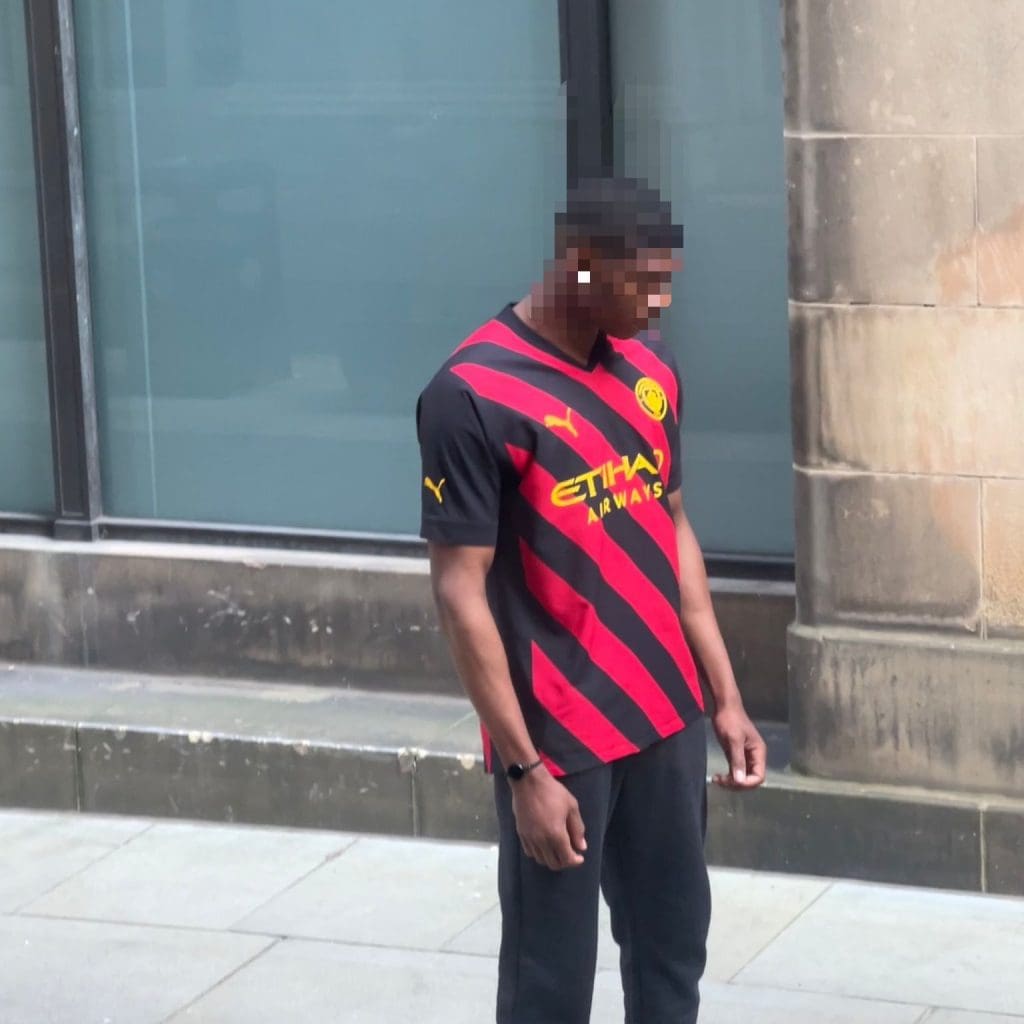 The new Man City away kit designed by Puma has slanting red and black stripes on the front along with club badging on the top left, the sponsors logo on the center and the maker’s logo (PUMA) on the right top of the abdomen area. Designers went with black sleeves which divide the kit in front and sides very well. The right sleeve as seen in the picture will have PUMA’s logo on it.

By having a closer look at the sides, the armpit area is plain black while the back of the jersey will have the same diagonal stripes along with player’s name and number. 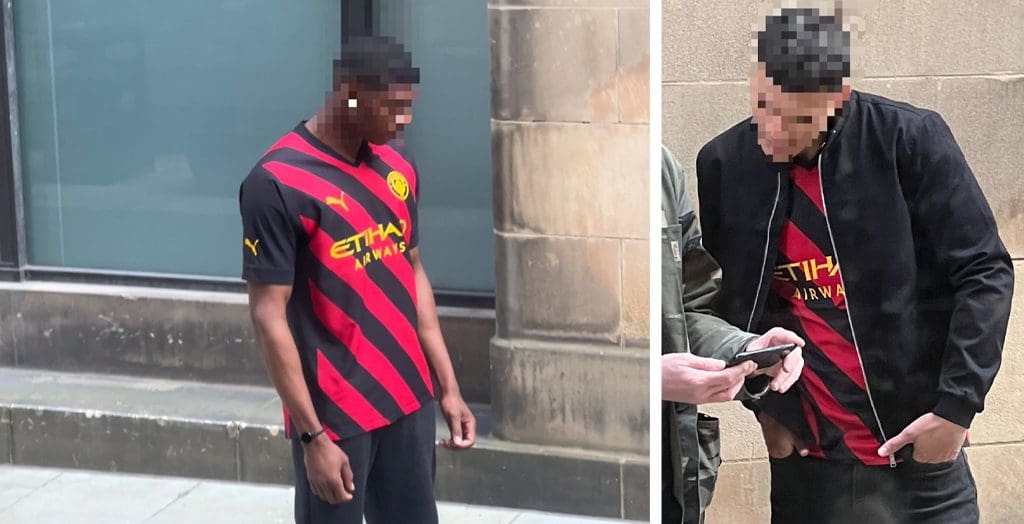 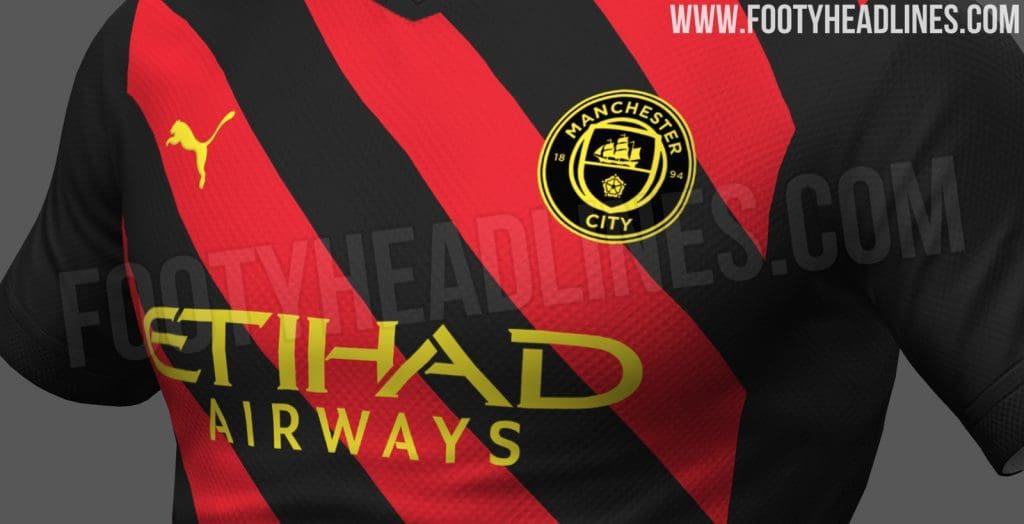 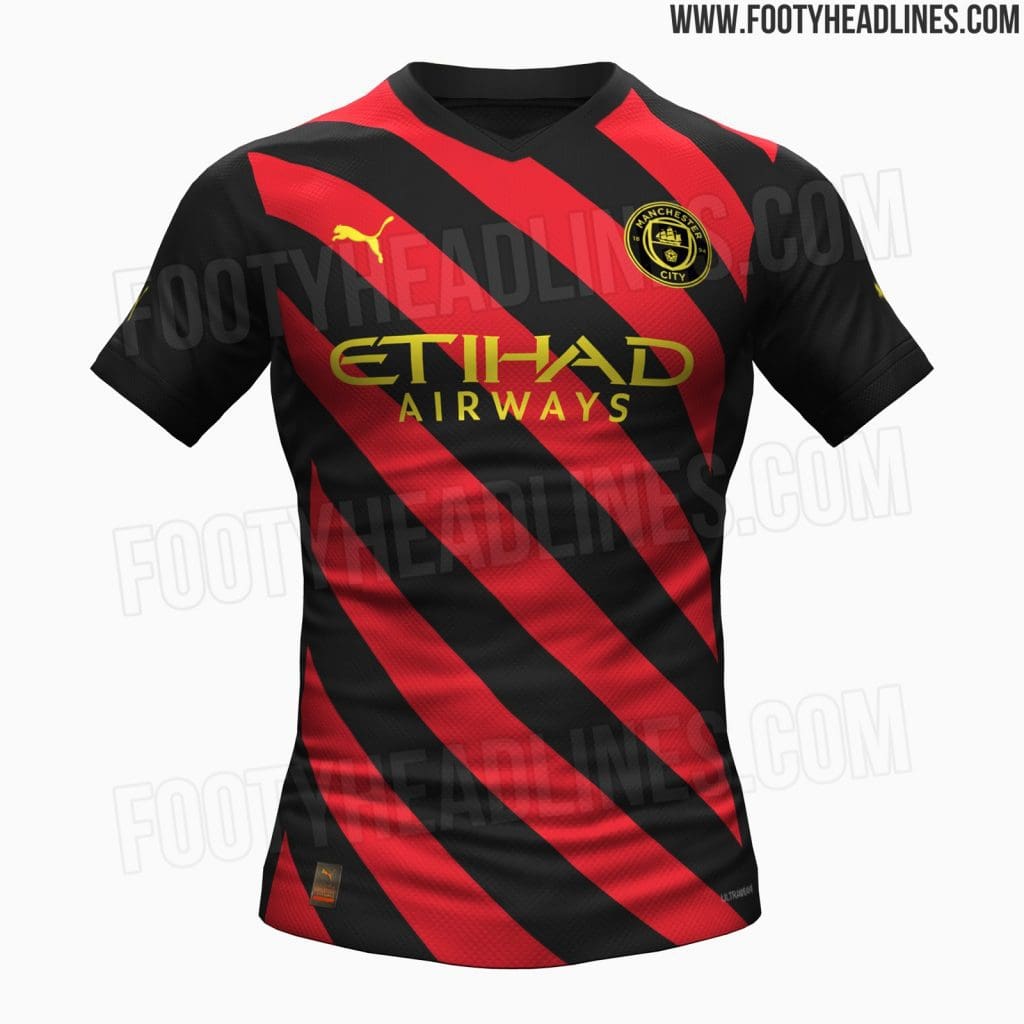 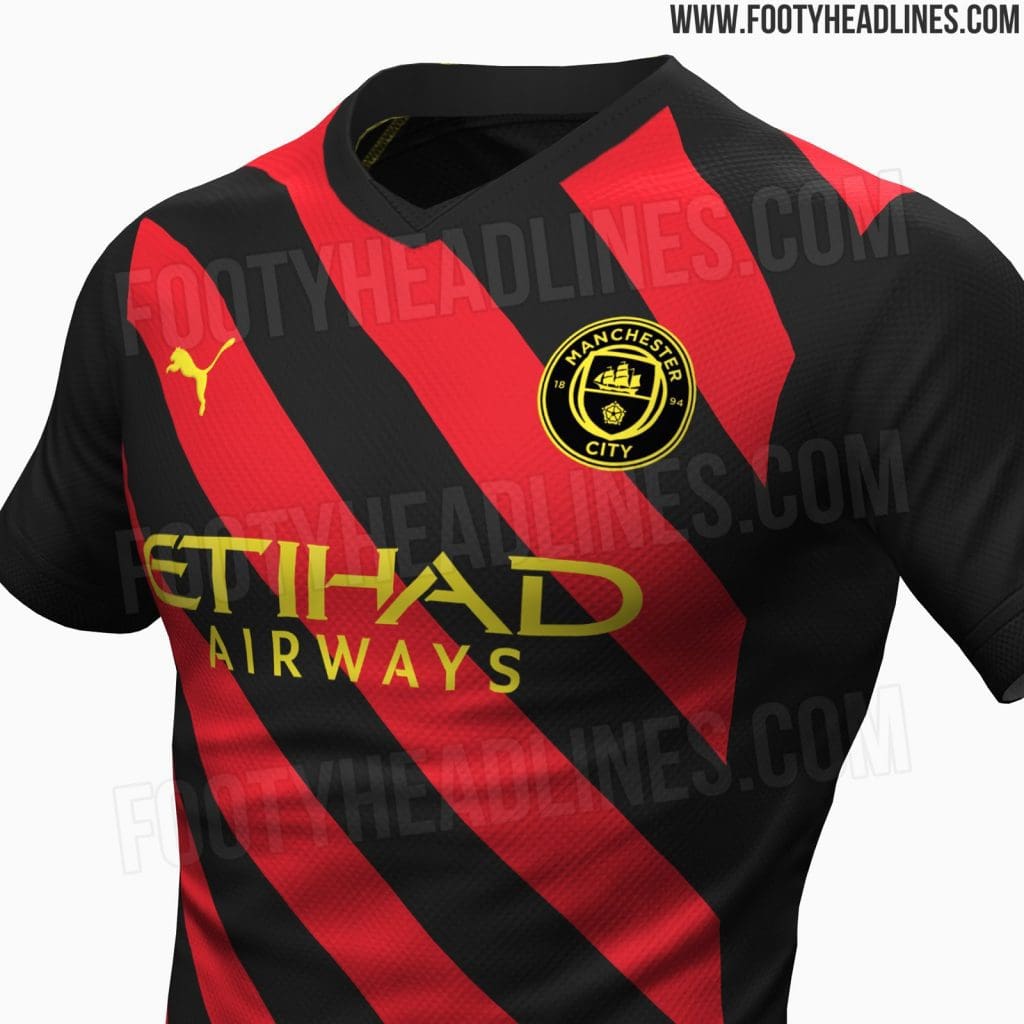 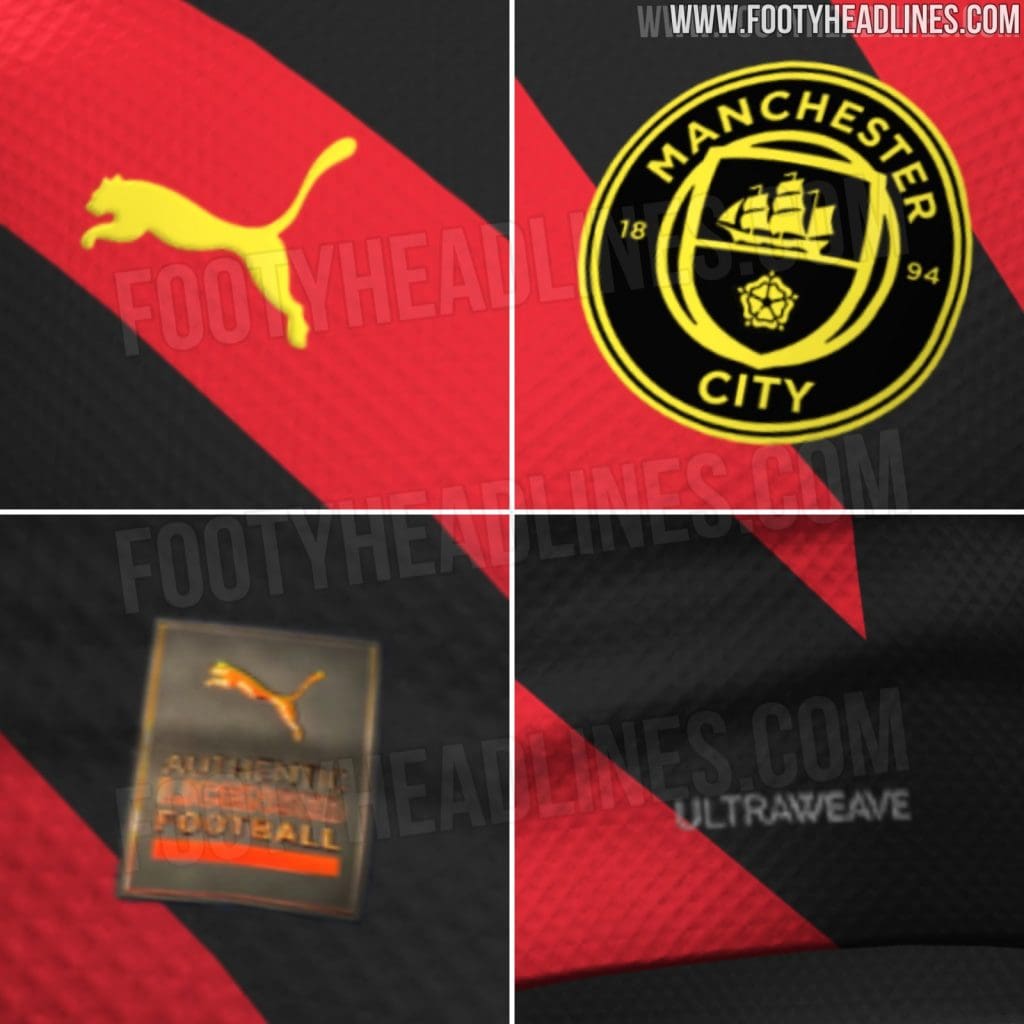 PUMA did an excellent job in keeping this kit simple and elegant. Too much of tweaks and changes would’ve spoilt the kit by upsetting the fans but, they did just a perfect job in maintaining the beauty of this historic kit by respecting it through and through.

In the past few years, Manchester City are usually seen in either white or black away kits but, they have a history with a red and black striped kits and the old fans will love the news of this design coming back.

While donning this design Manchester City were at their peak (before the takeover and the modern PL era). Historically City have had this kit since the early 1900s but, their successful and most memorable run in this design came in 1969-70 when they won the European Cup Winners Cup (City’s 1st and only European trophy at the time of writing), FA Cup and League Cup. The heritage continues with this design as the last time they donned red & black was in the 2011-12 season which reminds us of that classic Aguero-Dzeko-Silva partnership and the emergence of Vincent Kompany as a world-class CB. After that season, Manchester City dominated the domestic trophies for the coming decade. 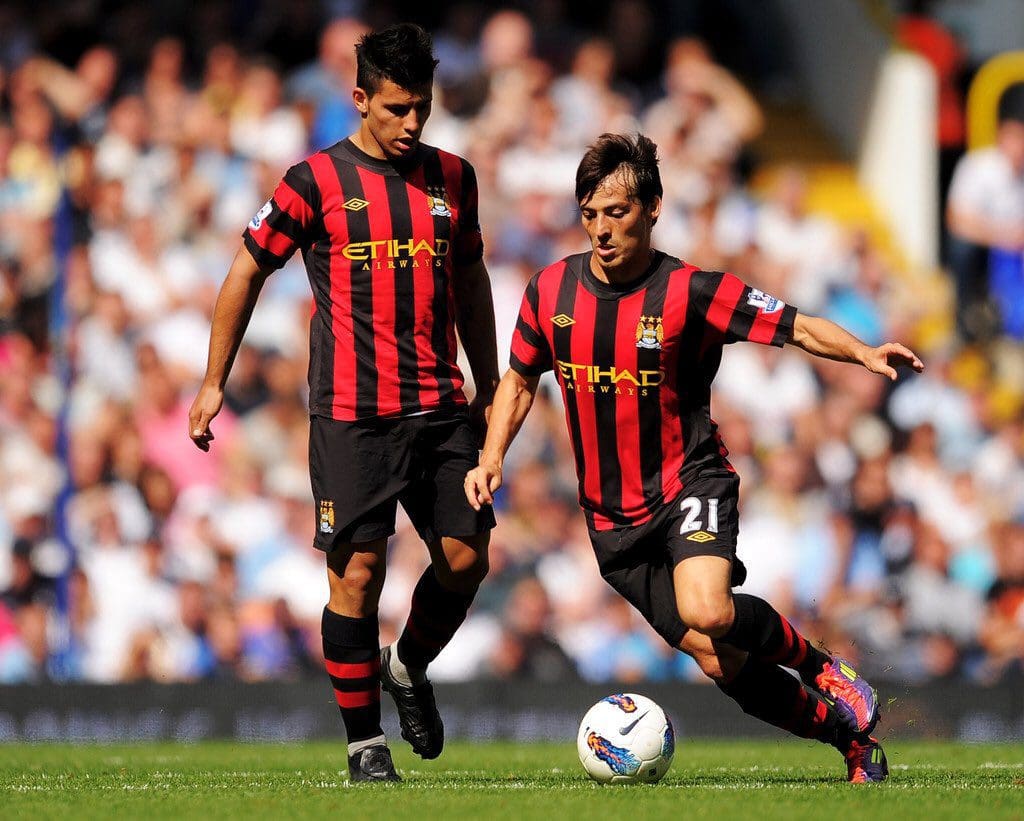 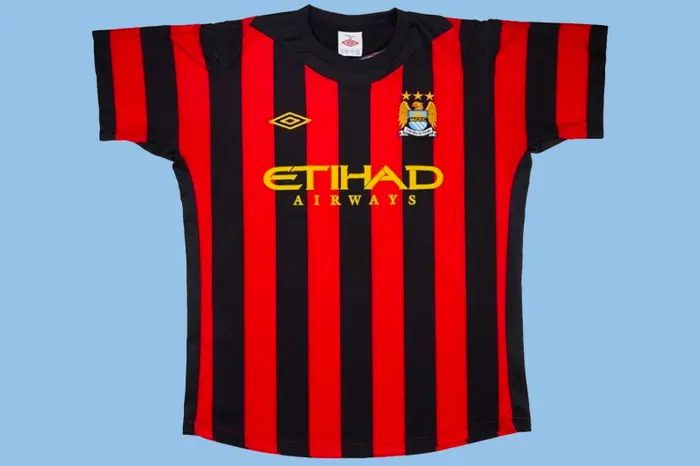 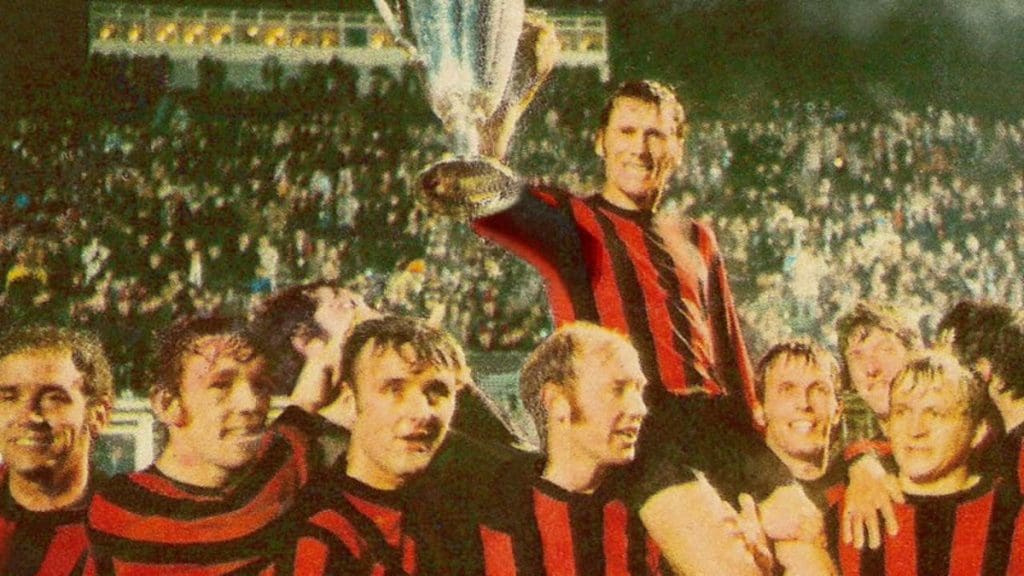 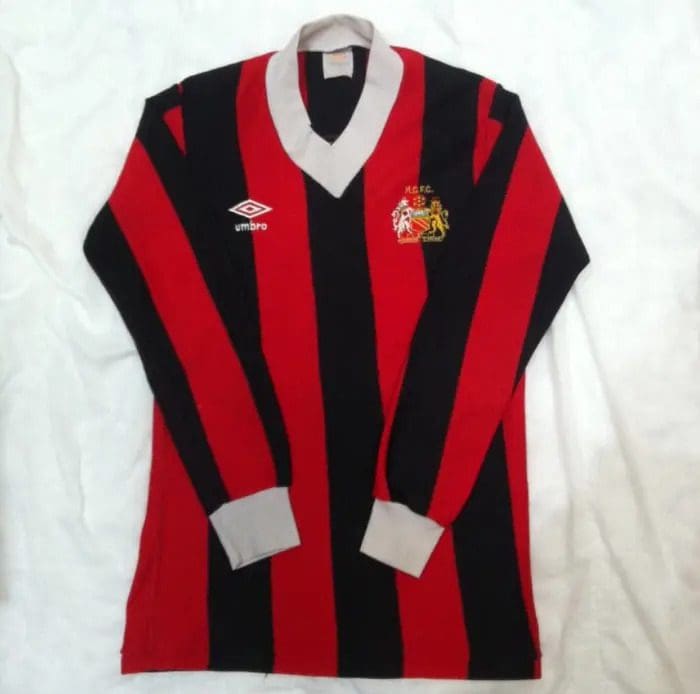 Cityzens hope that this kit continues its charm and club finds success not only for the next but for all coming seasons. With this sick design and lots of memories attached to the color scheme and pattern, PUMA did absolutely fantastic job in bringing this design back. As this design has gone through the likes of Collin Bell followed by Sergio Aguero, the excitement to see the likes of Kevin De Bruyne, Riyad Mahrez, Phil Foden, Jack Grealish and possibly Erling Haaland play in this kit buys our attention for next season.