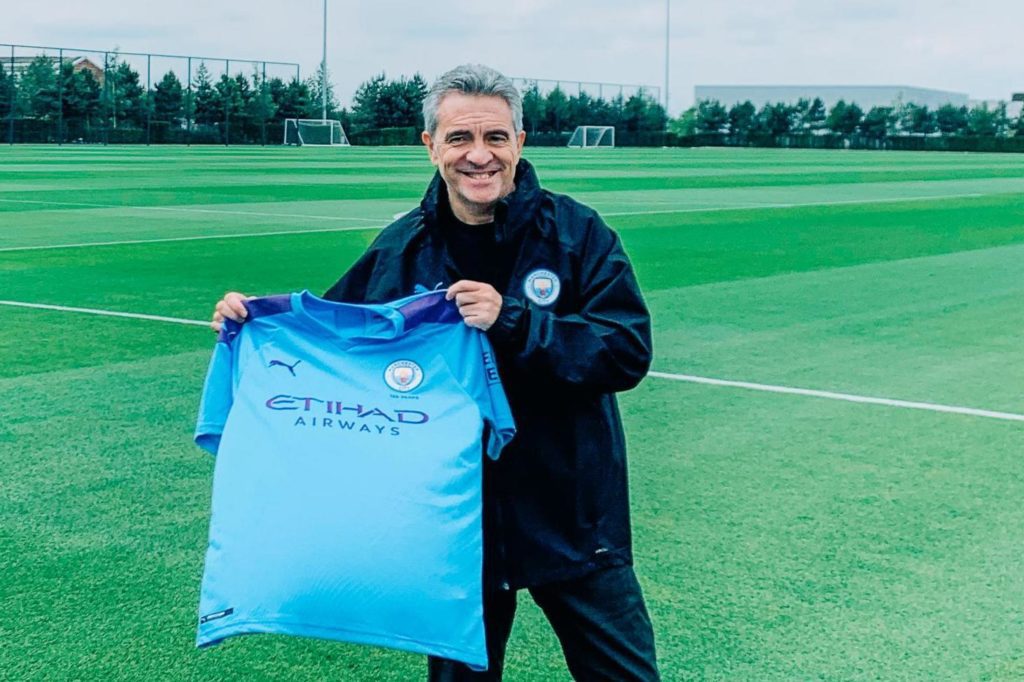 Manchester City have confirmed the appointment of Juanma Lillo as the Pep Guardiola’s assistant at the club.

The 54-year-old comes in to fill the void left by Mikel Arteta who departed the club for the managerial role at former club Arsenal in December.

Lillo joins the Citizens from Chinese side Qingdao Huanghai having led them to the Chinese League One title. The Spaniard had Guardiola under his guidance during the latter’s playing career at Mexican club Dorados de Sinaloa. He also been at the helm of affairs at clubs like Oviedo, Tenerife, Zaragoza and Real Sociedad during his long coaching career, before a role as assistant manager at Chile and Sevilla.

On joining City, he said: “I am delighted to have joined Manchester City ’s coaching staff.

“My relationship with Pep goes back many years and I am thrilled to be joining him as part of this exciting team.

“Manchester City has enjoyed much success over recent seasons and played a brand of beautiful football we have come to expect from this club and its manager.

“It’s a pleasure to become a part of this group and I hope to make an important contribution to the club’s success going forwards.”