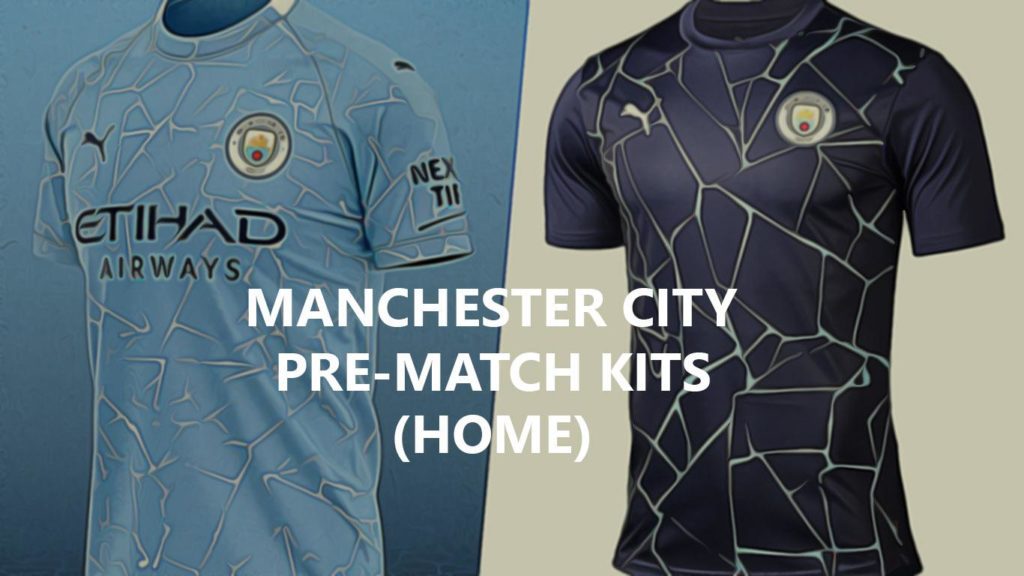 Following the leak of Manchester City 2020-21 Away kit, images of their pre-game jersey for the 2020/21 season have surfaced.

The official pre-match shirt for next season, which is obviously going to be produced by Puma is based on the club’s home kit. It has a unique mosaic design with sky blue colour and the players will wear it during the warm-ups ahead of matches next season. 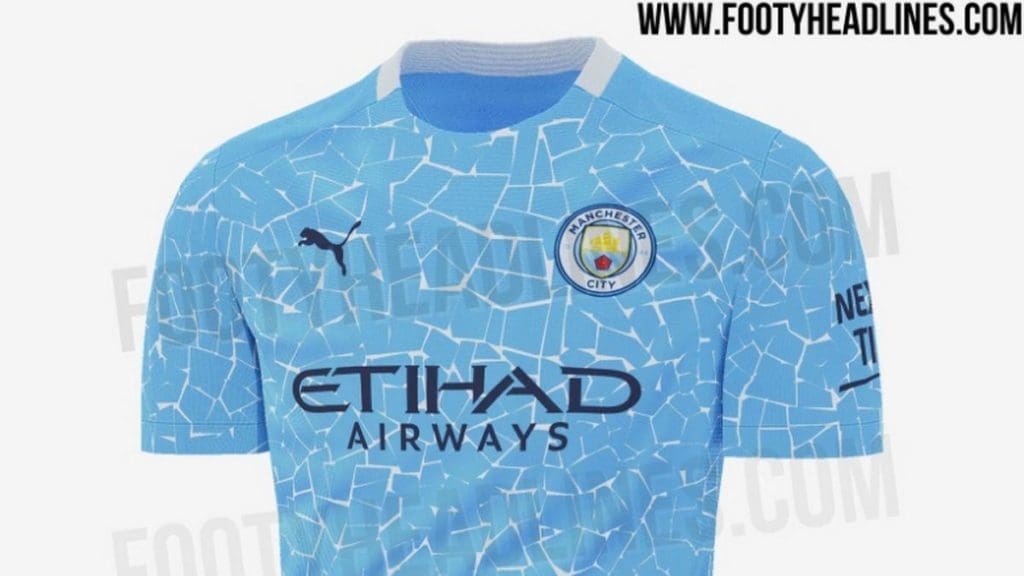 When it is compared to the mosaic patterns of the home jersey and kits, the pre-game kit of the Citizens has larger and bigger mosaic patters.

The logos on the jersey is white as usual. The colours on the pre-game shirt are the same as it is for the home jersey. Navy blue as the main background, logos in white and the mosaics in sky blue. 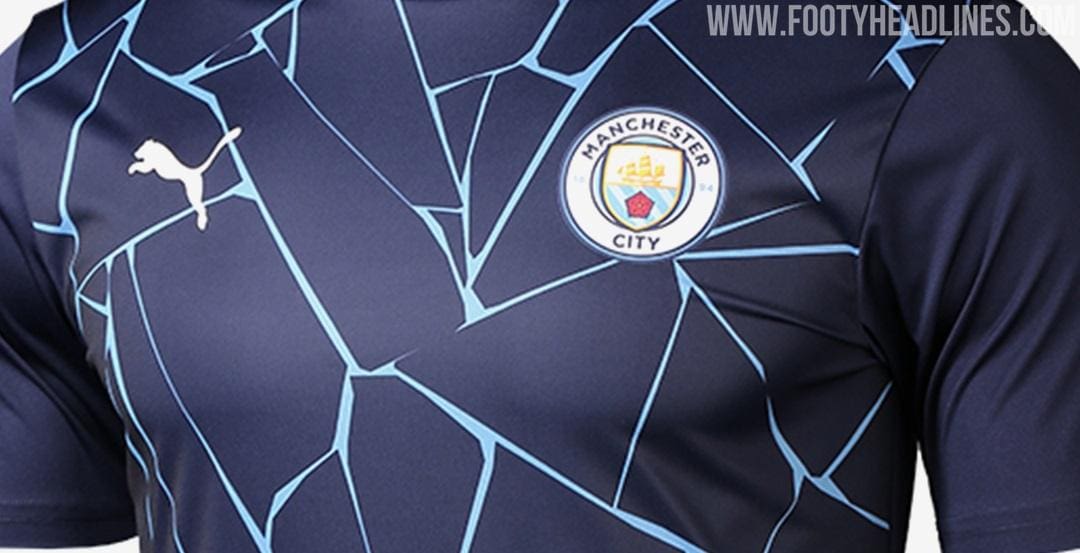 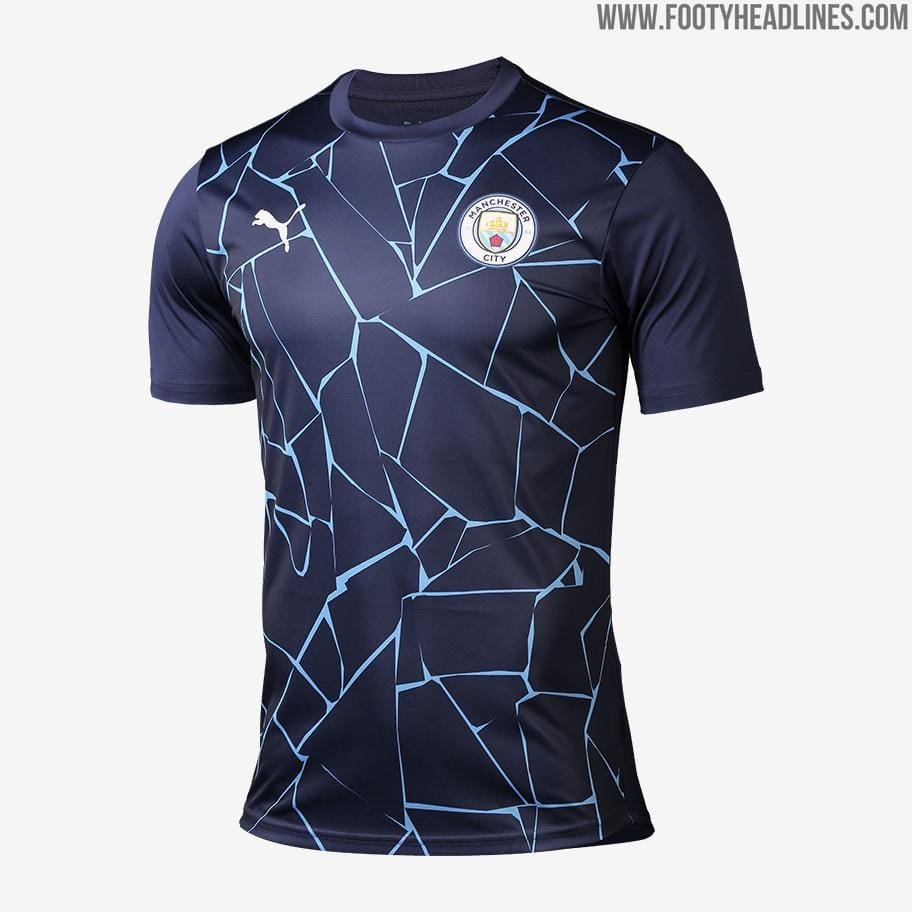 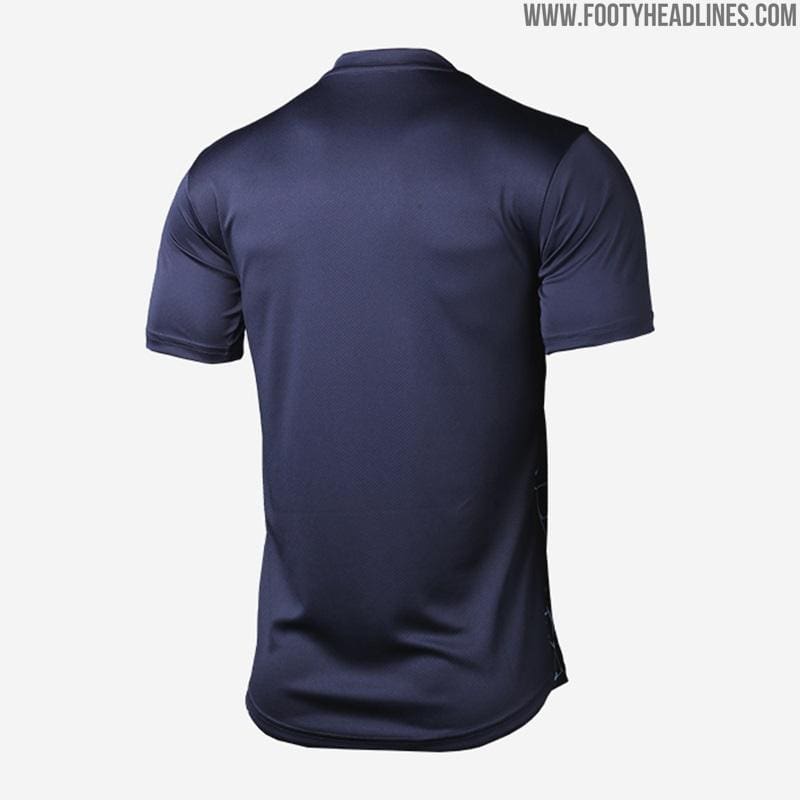 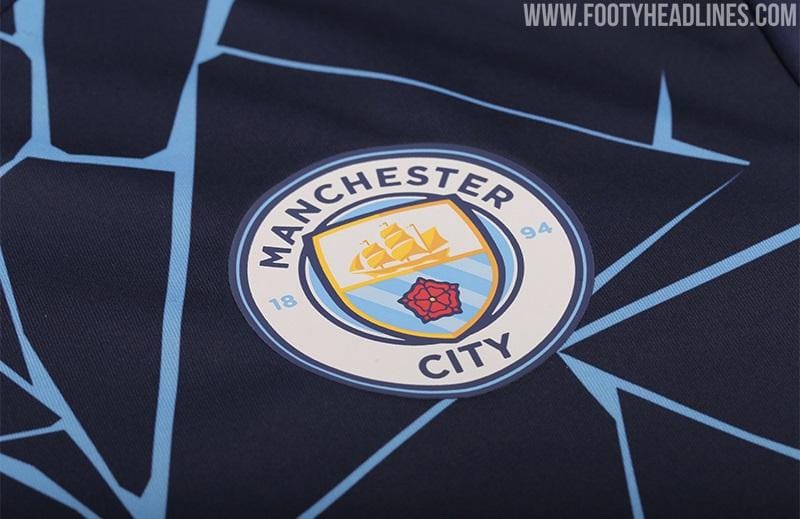 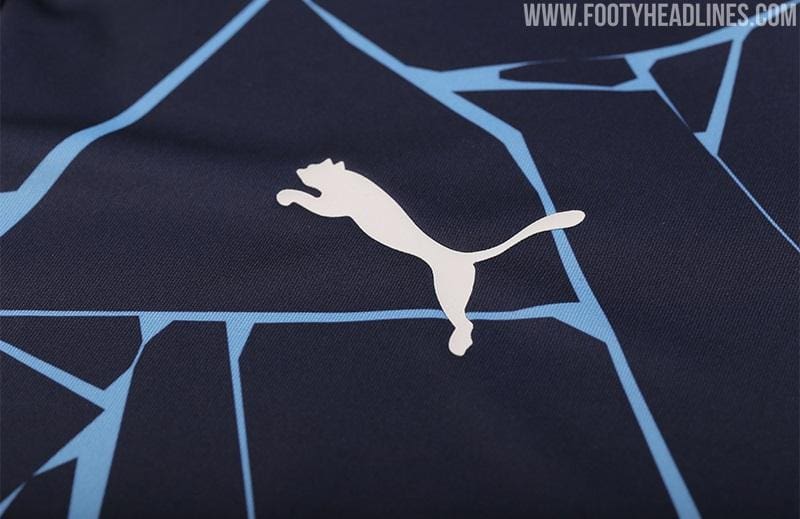 It is reported that the shirt will be available to buy from July 20. The price is expected to be at 55 Euros.

The new Manchester City home pre-game jersey which is designed by Puma is expected to be released officially next month, a bit later than the usual times. The sky blue mosaic design appears only on the front side of the shirt and the back remains solid navy blue. This is an exciting combination representing the club’s colours and fans will be looking forward to buying the new pre-game kit.