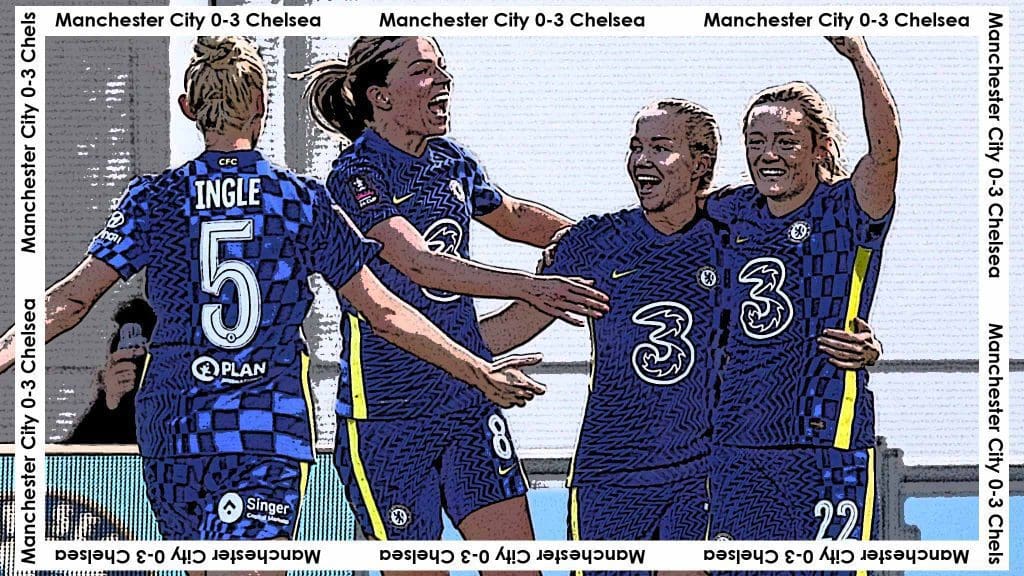 It may have been a match which builds up to one of the biggest matches in the world, but to Manchester City Women and Chelsea Women, this was nothing more than just another match. However, one team had to lose, and you can find out how they did in the match report below.

The hosts were looking to break their crazily bad run, as Manchester City hadn’t had a great start to the season. Gareth Taylor has made 2 changes to the side which beat Everton, which made sense, as they were the group who stopped their downward spiral. The changes weren’t big ones, with Ruby Mace and Alanna Kennedy making way for Demi Stokes and Jill Scott, who were more experienced than the formers, which is necessary for such a big match.

Chelsea on the other hand were eyeing up a potential Women’s FA Cup final against Arsenal, as revenge for the Gunners beating them 3-2 on the opening WSL weekend, which put Chelsea further away from reclaiming their title. Emma Hayes has made 2 changes in search of that, with Pernille Harder and Ji So-yun sitting on the bench so Aniek Nouwen and Sophie Ingle can play. This could be Emma being more conservative in her approach for the match, but I think it’s more likely just depth and rotation. Something that is interesting is that Lauren James is on the bench, meaning that she has recovered from injury.

Chelsea took the lead in the 23rd minute through a finish via Scottish international Erin Cuthbert. Reiten delivered a corner into the box and Cuthbert took one touch before firing past the stunned City goalkeeper. 1-0 Chelsea.

Chelsea got another, and this one really should’ve been swept up by the City defence, or saved by the goalie. Leupolz picked up the ball on the edge of the box before hitting a low drive into the bottom corner.

So going into the halftime, Chelsea were leading. The same problematic issues were there for Manchester City, as Cuthbert should’ve been picked up by a City player, and Leupolz shouldn’t have even had the opportunity to shoot, let alone. But that didn’t happen, which is what put Chelsea 2-0 up at the break.

Chelsea went 3-0 up extremely late into the match, which wrapped up the Wembley visit. Fleming darted down the right-hand side before delivering a pin-point cross and England rose highest to head home into the top corner!

So, that was it. Another loss for Manchester City, which makes you wonder how long it’s going to be happy families at City. Quality was definitely the difference between the two, as if Berger and Benameur swapped boxes that match, it probably would’ve ended 1-1, as Berger doesn’t let in the first two, but Benameur lets in Berger’s brilliant save. This shows that life’ll get better for City, but they’ll just have to wait a little while until Ellie Roebuck or Karen Bardsley is ready to put the gloves back on.