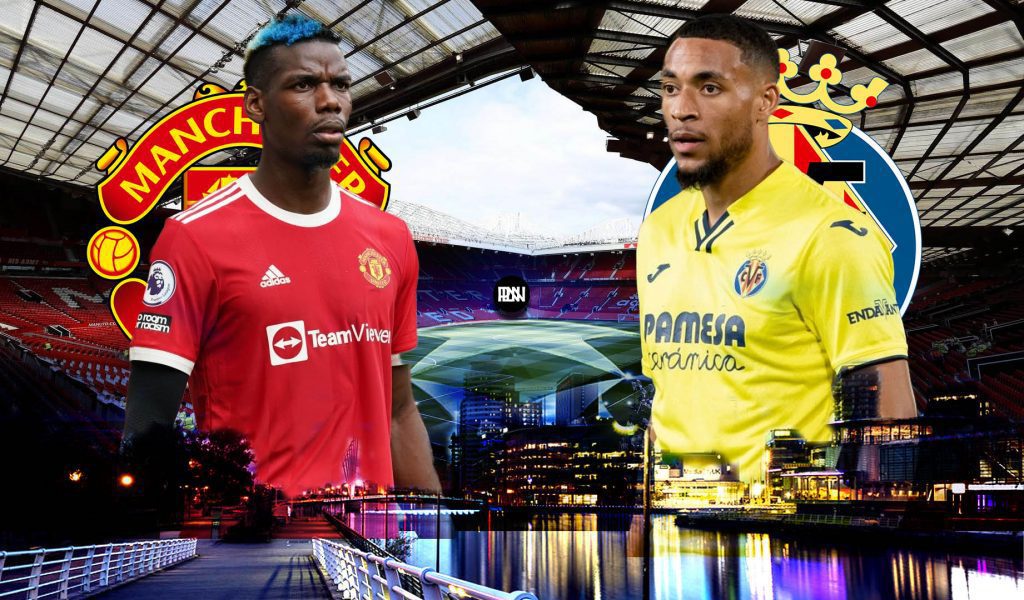 Champions League nights are always special, and for fans to see their beloved players walk out to the famed anthem gets the pulse going and the heart beating. The competition over the years has thrown up some amazing fixtures and outcomes, with old rivals meeting and new rivalries being formed. It is a competition where some are given a chance to seek revenge while others are given a chance to maintain their statuses. One such club seeking revenge are English giants Manchester United.

Having been drawn into the same group as Villarreal gave the Red Devils a chance to seek some retribution for the heart-breaking Europa League final played out between the two clubs in May of this year. In a final where both teams were locked at 1-1 after 120 minutes, and a record-breaking penalty shootout which saw 21 penalties converted, culminated in tears and sorrow for the English team as goalkeeper David de Gea saw his final spot-kick saved. Now, just over four months on from that game, the two teams meet once again in Europe’s most prestigious cup competition.

Despite being just a point off the top spot in the league, the past couple of weeks has seen Manchester United go through a bit of identity crisis. It all started with a freak 2-1 loss in the UCL away against Young Boys and what continued was a run of 3 losses in 4 games. Losses to West Ham in the Carabao Cup and Aston Villa in the league followed that miserable game in Switzerland, which has led to yet again many questioning Ole Gunnar Solskjaer’s credibility for the role as manager of one of the biggest clubs in the world.

Perhaps some of the doubts raised over the Norwegian’s ability are not far-fetched, with United seemingly looking lost on the pitch for the last few games. Since Ole took over the club, his teams have always struggled against opposition employing a low-block. That was the case against Aston Villa as well, which had some fans pondering over what exactly United’s playing style is. Critics have said that Ole’s United lacks a particular style of play and does not have a fixed identity, which is prevalent in Jurgen Klopp’s Liverpool and Pep Guardiola’s Manchester City.

Over the last two matches, against West Ham in the cup and Aston Villa in the league, United have had 55 shots in total. However, just 10 of them were on target and they failed to score in both those games, instead losing them 1-0. With a team that consists of stalwarts like Cristiano Ronaldo, Bruno Fernandes, Paul Pogba, Jadon Sancho, Mason Greenwood, etc. it seemed that the Red Devils’ creativity problems were long forgotten. However, the past games have instead shown us differently, which has led to the question of what is United’s playing style?

With a poor run of form right now, Villarreal will be looking to pile on to the problems. It has not been that long since these two teams met each other in the Europa League Final, and Villarreal had outsmarted United by setting up a low block then. With the Spaniards in poor form themselves, all signs point towards Unai Emery setting his team up exactly like the one back in May, to try and stifle one of the best-attacking lineups currently.

In the Final, it was visible that Villarreal played a compact defence, something they have been doing consistently since Unai Emery arrived. He has inculcated an attacking brand of football with a solid defensive structure, and it was key in beating United the last time out. In the final, the Spanish teams set up in a 4-4-2 defensive structure, and left space open on the flanks, instead choosing to be compact. They let United have the lion’s share of possession, which played away from the Red Devils’ strengths. As a result, the men in red were not able to create many chances and their sole goal came from a set-piece situation to which the defence did not react well.

Given Man United’s struggles against a low block, Emery will be tempted to employ similar tactics, and get just their second win of the season. If Ole’s men are not able to create chances and take advantage of them, despite having a vastly superior team, it will undoubtedly add fuel to the fire and put his job at peril.

Last year’s Europa League winners were expected to continue the same momentum into next season and challenge for the top 4 in the La Liga. However, they have been far from that and instead find themselves in 11th place. A very poor run of 5 draws and just one win in the opening six games has left fans bewildered.

However, they have been strong in defence again, and should have won against Atletico Madrid in the league, but for a communication error to take away a hard-fought win. Against Real Madrid, they threatened on the break, but could not find the way and it ended in a nil-all draw, their 4th 0-0 draw in the league this season.

While this means their defence is in good form, it also means they are facing problems in the scoring department. Scoring goals has been an issue for the La Liga team, and a recent injury to striker Gerrard Moreno has added to their problems. Against Manchester United, they will face a very tough test. United have made some significant additions to their squad since the Europa League final, and have arguably one of the most exciting squads in the world. Their attack is world-class, and although their defence is still finding its feet, has the potential to be the best as well.

It would be a fair assessment to say that United are hurt. They are without a win in two games and are looking to bounce back in style to silence critics. With the return of big names like Marcus Rashford and Edinson Cavani, the United squad has an added quality and they will be looking to destroy a struggling Villarreal side. Even with the squad, they had last season, United were expected to prevail over the Spanish team and now with the sheer quality of players they have, it will be a very tough task for Villarreal to repeat that win over the Red Devils.

While Paul Pogba fully showing off his creativity this season, he has made a case to start on the left-wing instead of in the double pivot, where he started in the final. His creativity and ability to find runners have increased exponentially since his move to the flank, and Ole will no doubt be contemplating on starting the Frenchman there. With Jadon Sancho rumored to be starting on Wednesday night, United will have an extra edge and might be able to get past the low block, should Emery use it again.

At Old Trafford, Villarreal will encounter a fired-up crowd, a crowd looking for revenge and baying for blood. The Old Trafford faithful are desperate for a trophy and will egg and cheer their players on to take revenge of that heart-breaking final 4 months ago. Villarreal will definitely go for three points but could be lucky to get away with a point against a team that have never lost their opening two games in a major European competition, in what could be a very thrilling and spicy clash between the two teams. United fans and players alike will be eager for Wednesday night to arrive and it will be one of the games to watch in this week’s edition of the UEFA Champions League.