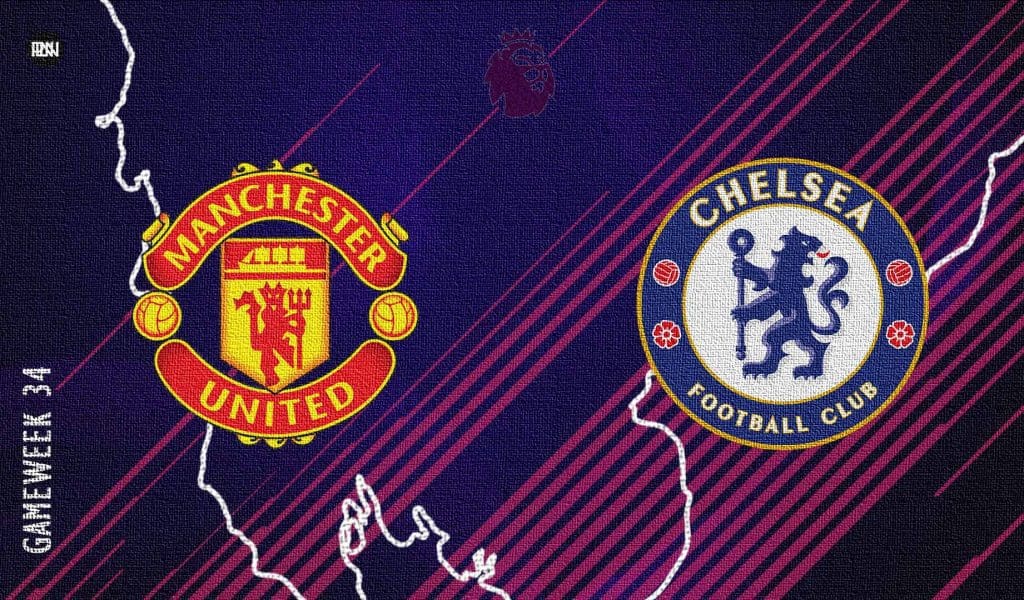 Man United vs Chelsea is always a battle to cherish as it has been one of the most entertaining fixtures in the Premier League. Hoping for a similar tie, the Titans clash on April 28 in the Premier League. Thomas Tuchel vs Ralf Rangnick, the mentee vs the mentor. Chelsea however is ranked much higher than Manchester United in the Premier League. With 65 points from 34 matches, the European Champions are comfortably sitting in the 3rd place in the league and are the first choice of most of the bookies out there. A win against West Ham United for Chelsea makes it their 3rd win in their last 5 matches. Whereas their counterpart has struggled almost all over the field, lack of defensive coordination, over-reliance on Ronaldo as the main man, loss of form of the majority of the players; United’s gaffer has a plethora of issues to address following their devastating loss at the hands of Arsenal on Saturday.

Ben Chilwell, Callum Hudson-Odoi, Kovacic and Rudiger still remain the long term absentees. Cobham graduate Reece James gave the win against West Ham a miss because of a hamstring injury and his availability remains a concern for Thomas Tuchel. Veteran defender Thiago Silva was back from injury and featured in their last game and is expected to take charge of the defence again on Thursday. Azpilicueta and Chalobah are supposed to partner with him in the back three. With 9 goals in their last 3 matches, Chelsea does have good goal scoring options in the likes of Mount, Ziyech, Havertz et al.

Manchester United are still without Fred, Cavani and Pogba. Skipper Maguire was dropped in the last match, it will be interesting to see which pair starts this midweek. Mejbri and Garnacho, both got their names on in the team list as a substitute in the last 2 matches, while Mejbri got a few minutes to kick the ball at Anfield, Garnacho is yet to set his foot – Ralf might actually give the teenagers some game time this week.

The less we say about Manchester United the better it is. In his last interview, Ralf has admitted that United’s slim chances of making it into the top 4 are gone. With only one win in their last 5 Premier League games, Man United are stuttering in the 7th position. The distinction of ending the season with the lowest point since SAF’s retirement, glaring straight into their eyes. They have to win the remaining 4 matches to not let it happen. Such is the abysmal state of the club that Ronaldo has scored 7 out of United’s last 8 goals.

The Blues qualified for the FA Cup final with a 2-0 victory over Crystal Palace last weekend, but they have lost three of their past seven games in all competitions, including two of their last three at Stamford Bridge against Brentford and Arsenal. Off-the-field matters appear to be distracting the players, but they must concentrate on what they can control this season since they still have six Premier League games to play, as well as the FA Cup final against Liverpool next month. Chelsea have demonstrated good goalscoring form in recent weeks, while looking vulnerable at times in defence, and that might continue this week against a depleted Manchester United backline.

Mount was given his big shot for the Blues when Super Frank came over in the summer of 2019, after impressing on loan at Derby County under Frank Lampard. Since then, he hasn’t blinked. He scored 23 goals and provided 19 assists, more than any other English player in the Blues’ first 100 Premier League games. Mount has been a crucial character in Tuchel’s rule so far, starring in the club’s most recent Champions League success. The English international has 10 goals and 9 assists this season.

De Gea, according to The Sun, is the top goalkeeper in Europe this season in terms of his ‘post-shot expected goals minus goals allowed’ score (PSxG+), having averted 7.6 expected goals in 2021/22. Jose Sa, a fellow Premier League shot-stopper who has been a phenomenal signing for Wolves, is only below de Gea on the list, with a figure of +6.7. With such terrible defence in front of him, DDG has done a pretty good job this season. He has already kept United in games where they should have been penalised and might have been pushed out of reach by their opponents this season. His penalty save against West Ham United at the London Stadium in late September was a watershed moment in not only this season but also his career. Earlier this season, the Spanish goalkeeper came to United’s rescue against Wolverhampton Wanderers, making a magnificent double save from point-blank range to hold the score 0-0 until Mason Greenwood scored the game-winning goal late on.

Manchester City vs Real Madrid: Preview | UCL semi-final 2021/22
Does Chris Wood have a future at Newcastle United?
To Top