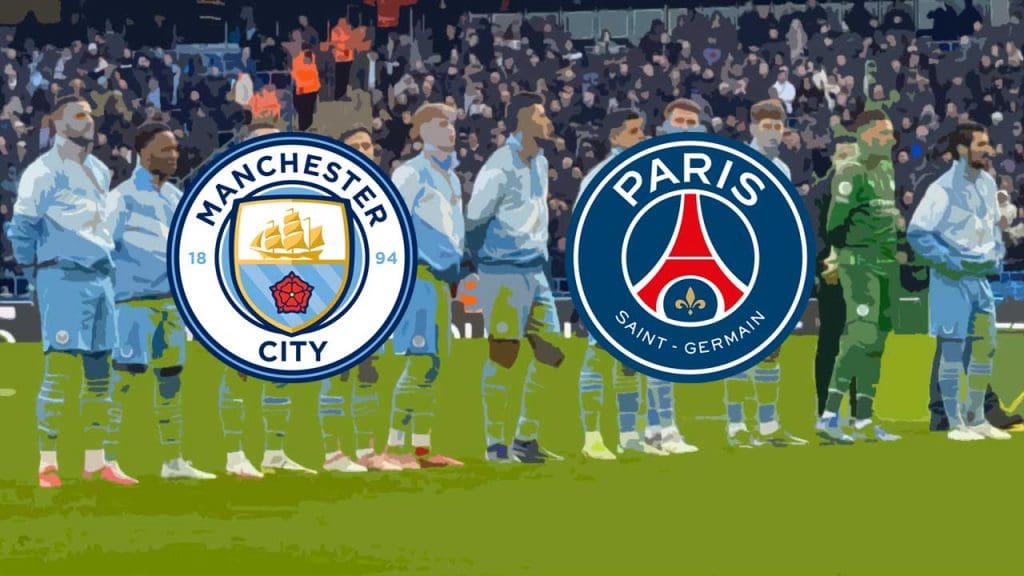 Manchester City will lock horns with Paris Saint-Germain in their UEFA Champions League group stage encounter on Wednesday night. It will be the battle of the group leaders in Group A at the Etihad Stadium, and a win for either side will secure qualification to the knock-out stage.

Pep Guardiola’s side will look to get revenge for the 2-0 loss in the reverse fixture at the Parc des Princes, as the top-placed City with nine points to their name will go head-to-head against the second-placed PSG who are only a point behind them. City will be fresh off their 4-1 win over Club Brugge in their last European outing and will look to secure qualification against a PSG side whose knock-out hopes took a dent after a 2-2 draw against RB Leipzig in their last game.

A 3-0 win over Everton at the weekend means that it is now three wins on the bounce in all competitions for Man City heading into the visit of PSG, and they are on an eight-game winning streak at home in the Champions League – but lightning has struck twice in this fixture before. Goals from Idrissa Gueye and a debut PSG goal for Lionel Messi secured three points for the Parisian outfit when the two sides last met, and City will be looking to avoid defeat on home turf.

As for PSG, they will be fresh off a 3-1 win over Nantes at the weekend that took them eleven points clear at the top of Ligue 1. The headlines were dominated by Messi who finally broke his goal-scoring duck in the French top-flight, and the Argentine will look to build on it when PSG visit City on Wednesday. PSG are unbeaten in their last seven games in all competitions, and will hope to maintain that unbeaten streak – a win will take them above City in their group.

Kevin de Bruyne will miss the outing for the Cityzens because of his positive COVID-19 test, while it remains to be seen if Jack Grealish is passed fit after picking up a knock in the win over Everton. Ferran Torres will be the other absentee for City, as he continues to recover from his foot fracture – and although it was Cole Palmer who led the line in his absence at the weekend, Gabriel Jesus is set for a start. Riyad Mahrez – who will have good memories of this fixture, being the match-winner against PSG at the Etihad last season – is also set for a start.

As for Le Parisiens, there is good news leading up to the fixture. Sergio Ramos has finally been cleared to make his PSG debut, and has been included in the squad to face City – and Mauricio Pochettino will hope to be able to call upon a seasoned veteran in a game of this magnitude. However, Gianluigi Donnarumma will miss the game after being diagnosed with gastroenteritis, which means Keylor Navas will have to take up the reins in goal. Julian Draxler and Rafinha are also likely to miss the outing, but PSG will be able to call upon their tremendous trio in attack.

The two sides met in the semi-final of the UEFA Champions League as recently as last season, and it was the Manchester-based outfit who took the spoils in both legs of the tie. While City won 2-1 away in Paris, they followed it up with a 2-0 win at home – in what was a completely comprehensive and professional display by the English champions. In their five past meetings in the Champions League, City have won three games compared to PSG’s one while another ended in a draw – and in a fixture where City seems to have got the upper hand according to past fixtures, head coach Pep Guardiola will hope that history will favour his side once again.

The hosts have been a free-scoring outfit in the Champions League this season, having scored 15 goals in four games already – only Bayern Munich has scored more goals so far. However, City have proven to be leaky at the back by their high standards this season, having conceded seven goals in their four games played. That being said, City’s attacking brilliance has rendered them to be able to outscore their opponents in three of their four European outings this season, and Guardiola will go into the game hoping that it proves to be the case for them once again.

Or have PSG got enough in the locker to get an all-important away win?

PSG are winless in their last three Champions League outings on the road, and have not managed to score a single goal at the Etihad Stadium in their last three games at the venue. However, the sheer individual talent in their attacking ranks is capable of turning any game around, and that is what Mauricio Pochettino will be hoping to see from his technical area on Wednesday. Messi seems to be turning his fortunes around at his new club, and flanked by Neymar and Kylian Mbappé, PSG’s front three are one of the best in their world on their night – if not the very best.

That being said, PSG will need to tighten things up at the back if they want to get anything out from the game. City have consistently managed to outscore their opponents in the Champions League this season, and PSG have to make sure that this is not the case once again. With first-choice custodian Donnarumma out with a stomach issue, Keylor Navas will need to rise to the occasion and put in a performance in goal behind a centre-back pairing of Marquinhos and Kimpembe – all three of whom were nullified when PSG met City at the Etihad last season. PSG will be hoping for a change of fortunes this time around, and get a positive result from the game – shutting out City again just as they did in the reverse fixture this season.