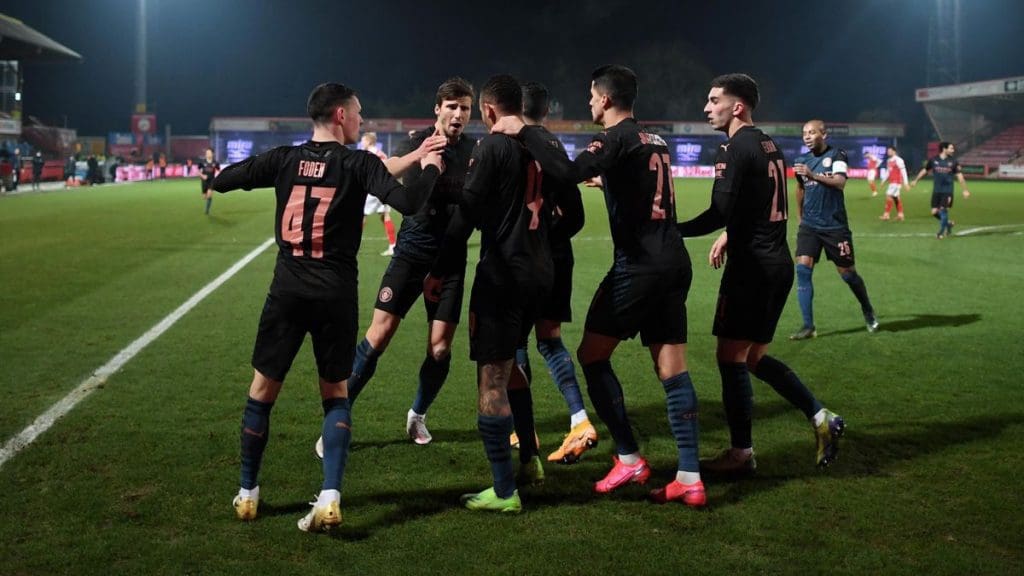 Manchester City has been absolutely flying recently, with the Blue Half of Manchester have progressed into the Finals of the Carabao Cup and into the 5th round of the FA Cup to go along with their League form. City has now climbed up to second and are now just two points behind noisy neighbors Manchester United having played a game fewer. The late Tuesday kick-off at the Hawthorne against West Bromwich Albion presents City with an opportunity to take advantage of that game in hand and build pressure on the current leaders who play 24 hours after City’s game.

This could be a tricky fixture for Manchester City as they have already dropped points against the Baggies this season (drawing 1-1 in Slaven Bilic’s last game in charge). Manchester City does look much sharper and prepared for this game and the Citizens are heading into this one in a much better form than the reverse fixture.

What a Recovery it has been for Manchester City who looked very shaky defensively astute early on in the season but has since conceded only 7 times in 16 games and kept 10 clean sheets. Much of the Praise goes to a revitalized John Stones, who has repaid the faith put in him by Pep Guardiola and helped form a solid partnership with Ruben Dias at the Heart of the City defense. It now seems impossible to halt their rampage.

The possible absence of Kevin De Bruyne who is said to be out for a few weeks is a big blow for Manchester City. Sergio Aguero is still in self-isolation after testing positive for COVID.

Kyle Walker is a doubt after picking up a knock. Other than that City does have all other players available.

Kevin De Bruyne will not feature for this one, meaning the creative pressure will fall at the hands of Bernardo Silva, Ilkay Gundogan and Riyad Mahrez. And if the Citizens want a breakthrough against a low block defense these three players would be the ones to do it.

Aguero missing out means that Gabriel Jesus would have to fill in. Jesus has scored just twice in the league this season and he would be desperate for a goal, with most of the goals for City coming from their wingers and midfielders. The Absence of Aguero and Jesus’s poor form have gone under the radar.