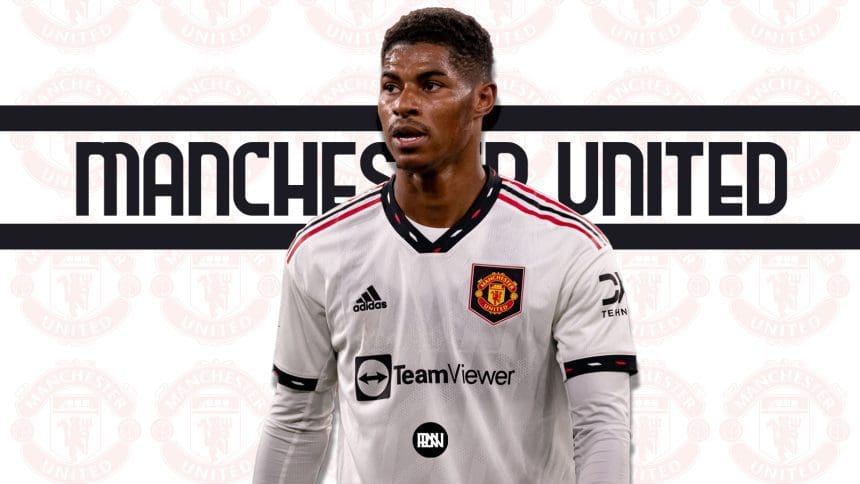 Reliable French football outlets have confirmed PSG’s intention to sign Marcus Rashford this summer. Rashford is also said to be open to a move. Manchester United can exercise the year option in his contract, taking it to 2024, but what can we make of this situation?

Rashford has been in uninspiring form since his return from an injury lay-out last season. His injury struggles were also said to have played a major part in his inconsistent form of the 20/21 season.

Going into 2020/21, he was expected to go on and cement himself as Man United’s main man in attack. Two years later and he seems to have moved backwards from the status he’d built up in 2019/20.

The player Marcus Rashford is widely considered to be – an explosive winger who hugs the touchline to receive the ball before cutting in – doesn’t look to be in him anymore. Or maybe it never was.

Marcus is best when receiving the ball in central areas. When running behind, and his ball-carrying in central areas is another impressive part of his game as well. His acceleration and pace make him near untouchable when he gets on the ball. Traits which have made him one of the most potent players in Europe in counter-attacking situations.

Rashford has a lot of variety to his offensive repertoire. You can find him doing just about anything: spraying cross-field passes from the left like a playmaker, hitting pinpoint crosses from the inside right position, finding players in the box from the right byline, offering runs in behind, carrying in transition e.t.c.

He might not have a go-to set of moves, or an ‘identity‘, and that is a popular criticism of him. But his physical traits make him a handful when he’s allowed to arrive in more central areas. He’s also a powerful runner in behind.

Marcus Rashford is a long way from being correctly profiled at United. He has mostly been asked to receive out wide and/or start attacking moves. But he lacks the ability to drag his team up the pitch with the physical robustness and intelligence that Bukayo Saka and Mohamed Salah have shown consistently in the Premier League; or with the mix of technical security, elusiveness and pace on the flanks that are suggestive of Vinícius and Luis Diaz; neither does he have the high-end creative nous that Mahrez, Raphinha, Dembele have shown – players of a similar height and stature as him.

Touchline wingers also need a good level of two-footedness to increase their potency and maintain a sense of unpredictability. But Rashford’s poor use of his left foot makes him much easier to defend and limits his threat from out wide.

A place for him at PSG

For PSG, after the sale of academy product Arnaud Kalimuendo and the exile of Mauro Icardi from the first team, an attacking signing looks like the next logical step.

Christophe Galtier is set to play a 352 or 343 formation this season, which means wingbacks Nuno Mendes and Hakimi will be the primary providers of width, freeing Rashford from touchline duties.

Rashford would provide cover for all the attacking positions in both 3 at the back formations, and could be a huge asset in the hands of a coach that specialises in counter-attacking football.

If ever Neymar gets injured or isn’t fit for huge Champions league clashes, the prospect of Messi playing through Mbappe and Rashford or new acquisition Hugo Ekitike is still enough to pose a huge threat to elite-level opposition.

PSG have also lacked offensive inspiration off the bench in the Champions League for a long now. Liverpool and Real Madrid, on their way to the final last season, were able to win games and change game states by bringing on reinforcements in games. Both teams, particularly Real Madrid, showed how necessary it is to have decisive players come off the bench to swing ties in your favour.

This is something Luis Campos is looking to bring to PSG, and Marcus Rashford as a potential game-changer off the bench could prove vital. PSG have often looked out of ideas whenever their starting team lose their grip on games.

Marcus Rashford to PSG, as concerns the player, could help the United man get his career back on the right track. PSG as a team have arguably the best collection of ball progressors and creators in Europe. But that means they often struggle with too many players showing for the ball to feet.

An off-ball threat with a good presence in central areas, like Rashford, in a team that sees a lot of central ball progression, would bring much-needed balance to the team dynamics. PSG looked to have this in highly-rated Arnaud Kalimuendo, but while Rashford might not capture the fans’ hearts like the academy graduate, he’d definitely be an upgrade for PSG due to his more decisive nature.

For Rashford, playing alongside so many creative players wouldn’t do his performances and attacking returns any harm either.

All the signs suggest that it might be time to call an end to Rashford’s time at United. Even with the promise of Rashford’s potential in more central roles, he’d still need more creative players and passers in midfield to fully flourish. United are a long way from providing this and looks set to continue with him as primarily a touchline winger.

In his first outing this season, against Brighton, he looked much like himself from last season – and was unable to make any impact from the wide areas. He was unable to get the team up the pitch and would often break up attacking moves with poor touches or decision-making.

But he was able to get into good goalscoring positions in the second half, and showed a lot of promise when he’d arrive in central areas.

If United continue to use him on the touchline, his performances are unlikely to improve. But he could prove to be a valuable part of ten Hag’s set-up if given a new role. Maybe not as a center-forward, but as a wide player who more readily inverts and receives away from the touchline. Much like Sadio Mane during his time at Liverpool.

His potential in such a role will be limited by the quality around him, but would be good grounds for United to hold on to him. Because blocking a move to PSG only to leave him mostly playing as a touchline winger would be bad for United and bad for Marcus Rashford.

MUST READ: Under the lens – Lisandro Martinez to Manchester United 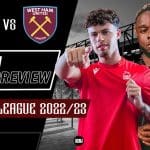 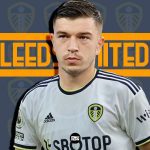