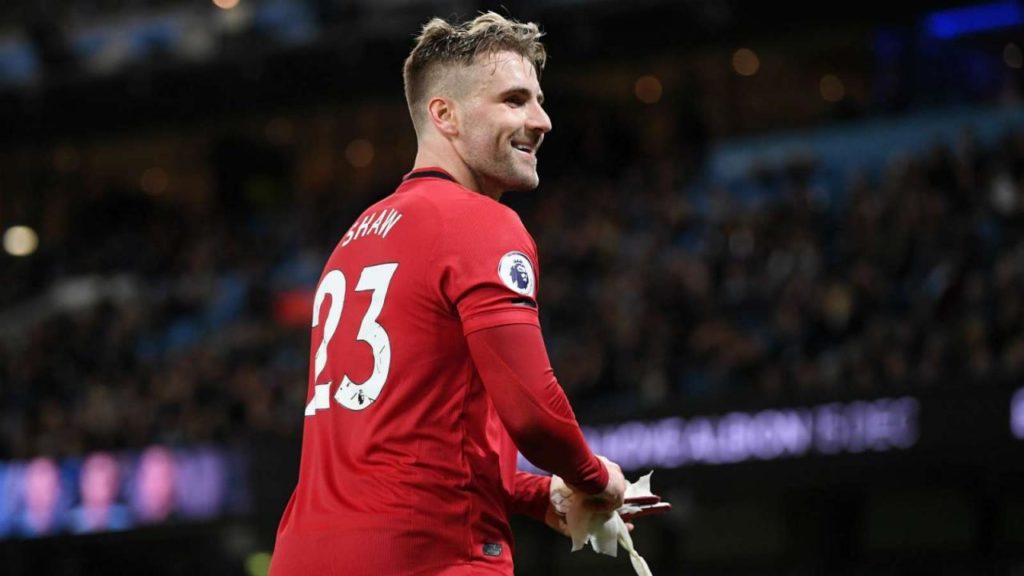 Manchester United’s first team played out an eight-goal thriller in an organised training match at Old Trafford on Monday.

Ole Gunnar Solskjaer fixed an 11 against 11 training game which had Paul Pogba in one team, wearing United’s home jersey while Bruno Fernandes also was assigned to another squad in the club’s away kit.

Fans have been itching to know the details of the game but is not forthcoming, however, Luke Shaw who scored a brace in the game has given insight into what happened in the game.

He said: “There have been a lot of different things circulating on social media and I’m happy to set the record straight.

“It did end 4-4 and I did score twice! Also on my team, Bruno got one and Jamo [Daniel James] got one, while, on the other team, Rashy [Marcus Rashford] got two and so did Odion [Ighalo].

“To be fair, my first goal was decent. It was from a great cross by Bruno and my volley went straight in. I was happy with it.

“My other one was just getting forward, Juan [Mata] played it to me on the edge of the box, I took a touch and shot in.

“It was quite an open game, as you can probably gather, with a lot of space, since it was the first game back.

“Everyone looked good and the most important thing was getting minutes in the tank. This was definitely a step forward from the games we’ve been having at the training ground.” 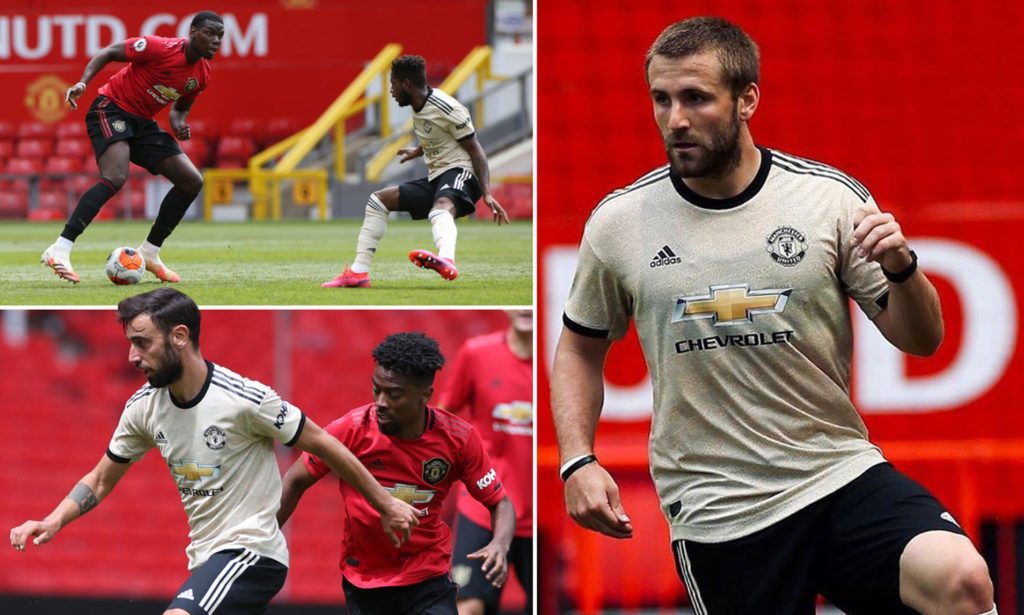 The manager is looking at how best to fix his side for the rest of the season as he continues to assess them.

Solskjaer said ahead of the game: “We’ve been looking forward to these games for ages really. It does make it feel like ‘yes, we’re here soon.’

“The first game is two weeks from today, so we need to step up the training and get an edge to our game again.

“Everyone knows that we will have to be at our best, and have to be focused against Tottenham. We know it’s a big game for everyone.

“We had Chelsea when we started the league this season so I’m confident that our players can go into the Tottenham game with that mentality of going there to play a very good game of football.”