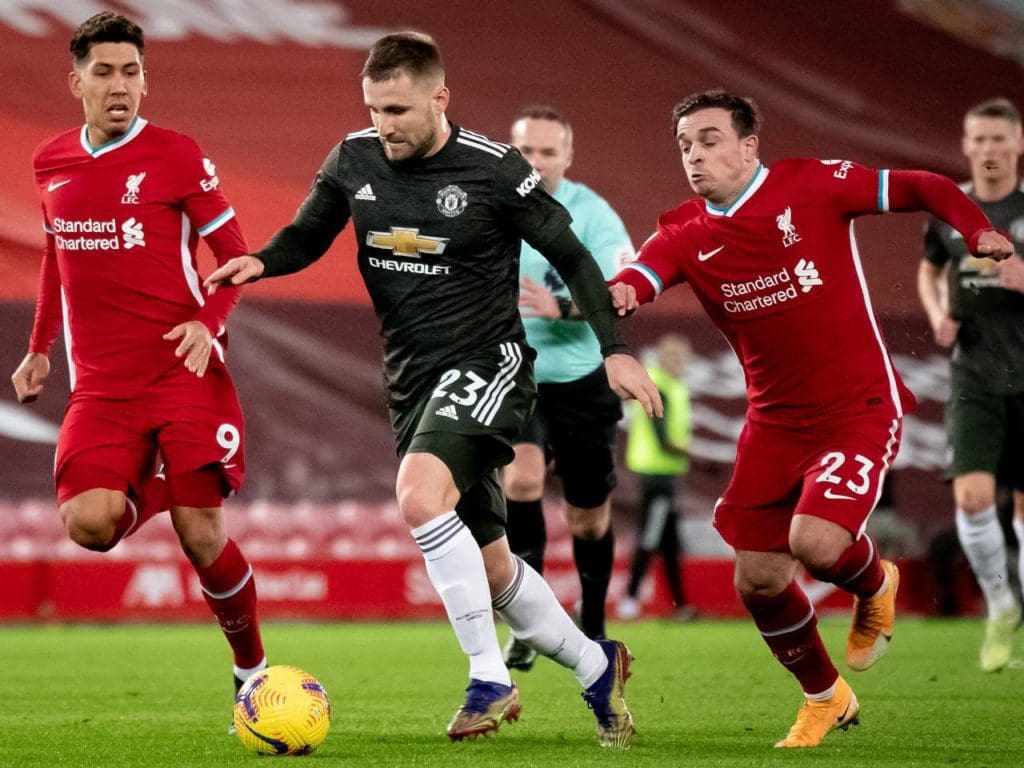 Last night, Luke Shaw ensured that he had Mohamed Salah cuffed down for the entire game. But is it the first time the full-back has been able to pause Mohamed Salah? No, but it definitely is the first time he has gotten enough credit from both, pundits and home fans.

Manchester United youngster has always had the better of Liverpool’s marquee player. He has been able to stop Mohamed Salah even after being less agile and hasn’t put a foot wrong against the winger who fancies the game of margins. Luke Shaw was awarded as the Man of the Match for keeping the Premier League top scorer at bay as the winger went on without his name on the scoresheet in the fourth consecutive game.

Salah was so sniffed with not being able to get the better of full-back that he had to switch sides with Sadio Mane. Shaw, however, was solid against him too. The technically proficient defender lit up his weaker sides too and got the better of Salah by leveling up his physical and tactical capabilities.

The injury-prone defender carried on the confidence from the Burnley game and was full of energy from the word go. He was seen running up and down the flank, tackling the ball off Liverpool’s forward, laying the ball for his strikers, and even running with it when found spaces. He depicted his attacking as well as defensive side and proved to everyone that he is not an understudy to new United signing Alex Telles.

Shaw has risen well to the challenge put in by Alex Telles and feels that his compatriot has brought out the best on him. Both the players push each other and have accepted the challenge posed on each other. The presence of these two diverse full-backs has given Ole the luxury of choosing according to the opposition.

Though Alex Telles has been preferred over Luke Shaw in aplenty of games, the performance of Luke Shaw in the last two games has increased the selection headache for the Norwegian manager.

The consistency in Shaw is a huge answer to the selection problems that Telles has brought with him.

Shaw’s performance against Mane and Salah was one of the major reasons for Solskjaer’s side to put a draw against a formidable Liverpool attack. He almost made it impossible for both star forwards to find the ball under their shoes and kept them in his pockets by not allowing any spaces to play with.

This number game of Shaw is a testament to his exemplary exhibition from last night.

A key player with and without the ball. 🔑 pic.twitter.com/kyZlF1lCr2

The Englishman may not be given a chance to perform against Fulham this Wednesday because of his injury concerns, but he surely has made it clear that he is “not an understudy to Alex Telles, he has the zeal in him to be a Red Devil and is here to stay for long.”

Decoding WHY Donny van de Beek is used so sparingly
Jesse Lingard to Leeds United? – Unlikely name pops up, as Leeds should target centre-backs
To Top