According to recent reports, Manchester United could be looking to add to their attack with the addition of 23-year-old Lucia Garcia from Athletic Club. She has scored 12 goals and collected 4 assists in the Primera Division this season, for an Athletic Bilbao side sitting in 7th.  Man United Women’s team think that she could be the difference for them to push onto Champions League next season, to go with their other attacking youngsters such as Ella Toone and Alessia Russo. García hasn’t played outside of Spain before, so it’ll be interesting to see how she does.

When she renewed her contract with the Lions in 2020 she said, “I am so happy for being here for two more years. I arrived being a child and, in this time, Athletic has been fundamental in my growth, both as a person and as a footballer. They trusted me from the first minute and that is why I have to thank them from the heart.”

But her contract is expiring this year, and she could want a move to a more competitive side where she’ll get quality playing time. It seems that Manchester United are offering that, and in playing for a club where she knows that she could potentially win a title soon with aspirations for bigger and better things, it’d be hard to say no.

García started her senior career with Oviedo Moderno (Real Oviedo’s women’s section) at the age of 15. She was part of their most recent spell in the top flight which lasted 3 years, from 2013 to 2016. During that time, she scored 19 goals in 63 games, a good ratio for someone as young as her.

After that, she moved to Bilbao, after Oviedo was relegated to the second tier. She has been more prolific in her time at Athletic Club, with 58 goals throughout her 115 games – a 50% goal contribution ratio. This prolonged success is the likely reason why Manchester United are looking at her instead of someone like Geyse Ferreira or Amaiur Sarriegi, both of whom have scored more but have done it for less time.

It is clear that Lucia García is being brought in to replace Signe Bruun, as her loan ended at the end of the season. However, Marc Skinner will be hoping that García can bring more goals than Bruun did, as she didn’t record a goal or assist during her time in Manchester.

García could be more of a fit than Bruun, as she comes in with a better form, on a permanent deal, meaning they can work with her on her long-term game and is also slightly younger, and even if that’s only by a year, it could help team planning. García could be the missing piece for United, but we’ll see if she is a Nikita Parris or an Ellen White signing for the Red Devils. 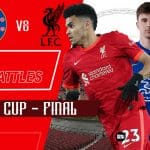 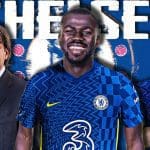 Why is Kalidou Koulibaly the perfect Antonio Rüdiger replacement?
Leave a comment